At the same time President Barack Obama was insisting the nation needed a stimulus plan to save the drowning economy, one industry was swimming in dough, spending more than $3.4 billion on luxury.

The year before, when the fall of Bear Stearns signaled a domino effect that impacted many banks, corporations and entire industries across America, one industry was busily blowing cash in Washington D.C., oblivious to the screams and widespread panic on Wall Street. At the same time former president George W. Bush was squawking about $700 billion in bailout funds required to keep the entire country from collapsing into the quicksand upon which it built a financial house of cards, one industry was bandying about billions for luxury bonds.

Those bonds were, of course, bonds of friendship.

The lobbying industry in Washington D.C. is an enigmatic free flow of fellows (and ladies) with pockets filled with cash and a To Do List that furthers along both hidden and not-so-hidden agendas. It stands out as one of the industries most immune to America's recent economic strife.

In 2008 and 2009, lobbyists spent more than $6.7 billion, with the overwhelming majority of that spending targeting Congress. That number represents an increase of more than one billion dollars over the previous two-year span when Wall Street was flying high on mortgage-backed securities and the Federal Reserve was hurriedly selling derivatives of the stuff in the global marketplace. 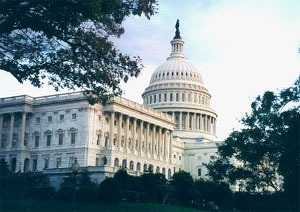 I'm not promoting any conspiratorial cahoots, but it makes me curious when 535 members of two houses can attract more than 13,000 lobbyists each year. Looking at the numbers a bit closer, there were 13,260 lobbyists targeting the House of Representatives in 2009. That's 30 lobbyists per legislator. In the Senate, the problem is worse with fewer legislators (100) and 13,134 lobbyists. The ratio of lobbyists to legislator is 131 to 1.

The lobbyist conundrum compels me to contact my congressional representatives in both houses and ask them to produce a list on their Web sites of every lobbyist that makes contact with them. I don't think that's asking too much, given that these folks lobbied for my support, and will do so again.

I think it's a good idea to make my representatives keep an accurate detailed list of all lobbyists who contact them. Yep. I like that idea. It's now a requirement to get my vote.

Ironically, after my representatives successfully lobby me to send them to Washington, they will then be inundated with lobbyists vying for their attention.

Servants of the People (Lobbyists are People too)

I'm having a tough time trying to figure out how so many thousands of well-heeled spokespersons can legitimately and ethically spend so much money every year on 535 people. I'm further confused over how my representatives find the time to concentrate on reading every one of the 10,000 new, pending and debated pieces of legislative options seeking a path through Congress to the White House.

If 30 folks with pockets filled with cash are constantly vying for my congressman's attention and 131 are knocking on my senator's door and blowing up his cell phone, it seems to me that such a racket could make it difficult to concentrate on important issues of the day. It's like a student trying to do homework with the television on, radio blaring and friends knocking on the door.

It makes sense that lobbyists would be sent to Washington by companies and organizations that have so much at stake depending upon the decisions made by a handful of lawmakers (committees, caucuses, leaders). The fact that lobbyists exist is a clear message that those folks in the House and Senate cannot be trusted to do the will of the people (see lobbyists) without the people (see lobbyists) standing right there everyday with a carrot in one hand and a stick in the other. I bet they drive truckloads of carrots around.

Unfortunately, I can't afford a lobbyist to send to Washington and ensure my interests are guarded. I'm stuck with lint-filled pockets of integrity and trust. I don't stand a chance against companies like Verizon and AT&T, which spent a combined total of more than $32 million last year in lobbying efforts. I'm not so sure I understand why British Petroleum, ConocoPhillips, Chevron and Exxon spent more than $82 million lobbying Congress when the black gold rush in Iraq is already underway.

The biggest surprise of all the big spenders is the U.S. Chamber of Commerce, which spent a whopping $144 million on lobbying in 2009. The Chamber's president, Thomas Donohue, has been in his seat for 13 years. His previous gig was 13 years as the CEO of the American Trucking Associations.

I'm not making any suggestions of a nefarious nature, but I wonder what's on the agenda for a single organization to outspend four enormous oil companies in lobbying Washington?

According to the U.S. Chamber of Commerce Web site:

"During Donohue's tenure, the Chamber's lobbyists, policy experts, and communicators have helped secure many legislative victories, including major tax cuts, more sensible workplace and environmental regulations, and increased funding for transportation. On the international front, the Chamber has become a leader in knocking down trade barriers, winning new free and fair trade agreements, and fighting isolationism at home and abroad.

"Under Donohue's leadership, the Chamber has also emerged as a major player in election politics, helping elect congressional pro-business candidates through financial support and voter activism generated through the Chamber's powerful grassroots program.

"Donohue has also launched a number of multimillion-dollar initiatives around several key issues, including a national energy strategy, stronger capital markets, and protection of intellectual property."

I applaud the Chamber and Mr. Donohue for being upfront about the issues they care about. In the late 90s, the Chamber allocated a paltry (in comparison to today) $17 to $20 million in lobbying efforts. But that changed by 2002, when the Chamber quite unabashedly expressed a strong desire to ensure its agenda items were given priority -- devoting more than double the amount of the previous year's lobbying efforts. The total in 2002 was just over $41.5 million.

Power of the People (Yes, I mean Lobbyists)

Then, in 2009, the Chamber's lobbying efforts skyrocketed to more than $144 million.

Why did the Chamber determine that more than $50 million in additional funding was necessary to lobby Washington in 2009? And how was that money spent? Perhaps there's an annual report that will provide details. (I couldn't find one. Access to a list of members is forbidden for outsiders).

One thing is readily apparent to me. There's a lot I don't know about what's going on in those two houses of Congress. But among the folks who do know there seems to be an understanding that money has more influence than my letters, emails and Web site feedback.

I suppose I'm not really surprised by the way the system of lobbying works, and how well it works for some. I'm not even surprised I didn't learn any of this in school. I attended public schools.

What I know today is my money can't buy what it did last year or the year before that. And it appears even lobbying efforts cost more in today's economic climate as well. Of course, the lobby industry hasn't suffered many ill effects of the economic downturn. So, only one of us can afford to spend any luxury time with Congress.

And I have to go to work.