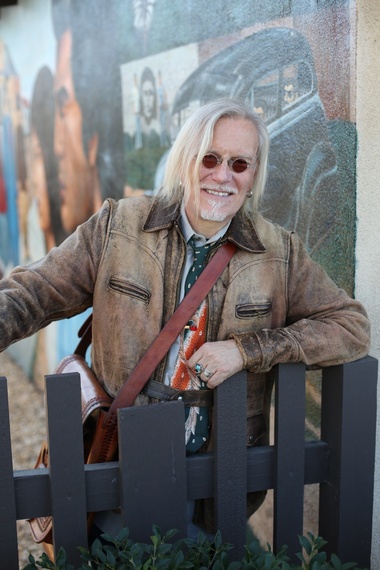 One of the great privileges I've had in helping start a non-profit school committed to direct democracy, The Global Center for Advanced Studies, is working with revolutionaries from Alain Badiou (our president), to many other faculty members, including the legend and revolutionary activist and professor, Peter McLaren. What follows here is an edited version of my interview with him. The full version will be published in a book.

Creston Davis [CD]: You are considered a world-renowned professor in Critical Studies and Education. What drew you to the subject of education?

Peter McLaren [PM]: I was drawn to education having had some amazing teachers in my later high school years. I grew up working-class until my teenaged years. I hated school until my last year of high school.

Politically, I came of age in the 1960s especially after hitchhiking to San Francisco and Los Angeles to protest the Vietnam War in 1968. While Timothy Leary and I tripped together on LSD, Allen Ginsberg told me to stop taking psychedelics and to concentrate on my writing. 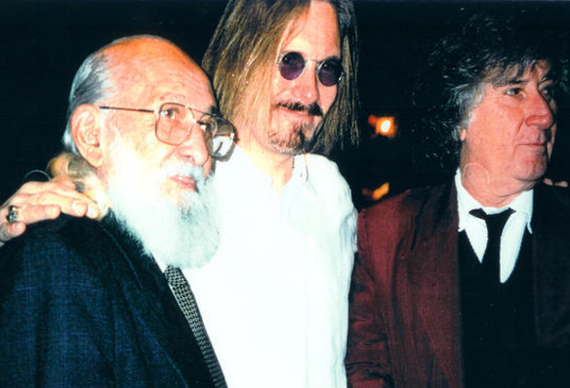 That was the year that I learned a major political lesson. After returning back to Toronto, and still only 19 years old, the police took me to jail, where I was systematically beaten with a flashlight throughout the night. I had begun to realize that a new generation was being born and life was not going to be easy, especially if you lived your life against the grain.

I published a diary of my classroom teaching experiences in 1980 and it became a Canadian best seller. Later, I audited classes taught by Michel Foucault and Umberto Eco, Ernesto Laclau and other critical theorists. Then I met my true mentor, Paulo Freire, in 1985, and my life changed.

Freire had been in prison and was in exile because of his radical way of working with peasants in Northeast Brazil. He taught them not only to read the word, but also the world. The Brazilian ruling class became worried.

Life in Schools is really my most popular book to this day, although I think that my new book coming out this June, Pedagogy of Insurrection, could replace it in popularity and importance since it deals with the question of spirituality and revolution and engages the topic of Jesus of Nazareth as a socialist revolutionary. 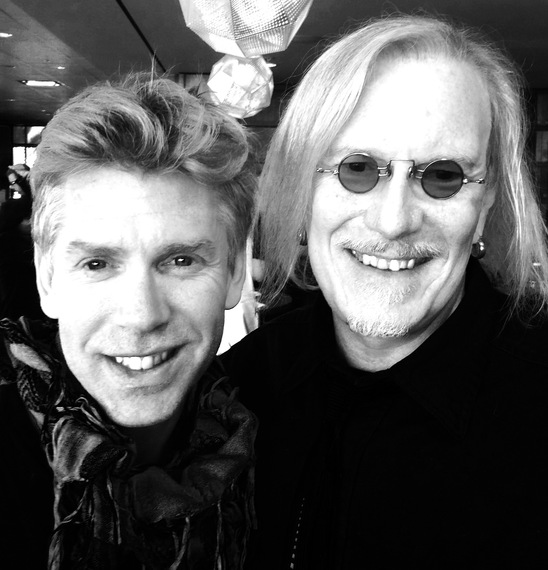 Peter and Me in Southern California

[CD] What kinds of figures, theorists, activists have influenced and shaped your work?

[PM]: I am drawn to the life and teachings of Ernesto Che Guevara, Frantz Fanon, Karel Kosik, Archbishop Oscar Romero, Malcolm X and of course Karl Marx and Rosa Luxemburg. Noam Chomsky, Stanley Aronowitz. Liberation theology became an important part of my formation, especially after converting to Catholicism when I was 25.

Peter Hudis's exegesis on Marx and Rosa Luxemburg, and the work of Kevin Anderson, have been very important for my reading of these great giants.

Decolonial thinkers such as Enrique Dussel and Anibal Quijano and Ramon Grosfoguel have figured prominently in my more recent thinking. So, has the work of William I. Robinson on the transnational capitalist class. And I am very much drawn to the work of Jose Porfirio Miranda on socialism and the bible. 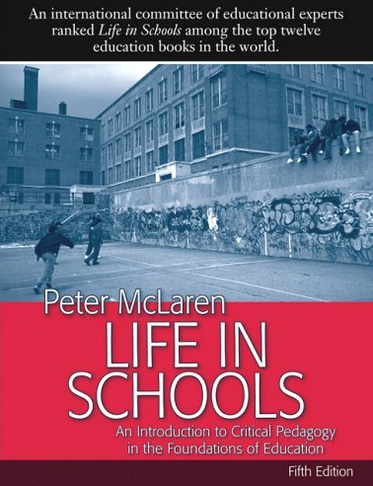 Considered one of the best books on education in the world, Life in Schools.

President Hugo Chavez was indeed an organic intellectual, and I admired him a great deal. He was instrumental in convincing me how important critical pedagogy was for the Bolivarian revolution and meeting him in Miraflores Palace was an experience I shall never forget. Spending days in the palace putting up posters of Che Guevara with comrades during the early years of the revolution instilled in me a revolutionary spirit that I shall never forget. Spending time in communities in Mexico that supported the Zapatistas influenced me more than I could have anticipated.

And meeting educators in Colombia who risk assassination continually can't help but make you think seriously about your vocation as an educator and push you to do more for the oppressed, for the downtrodden and to create educational spaces to enable people to liberate themselves from the injustice of immiseration capitalism. What animated this work was a feeling of love for humanity, an overwhelming feeling of community and commitment to serve the people. I began to realize that love and justice are one and the same, and that is the major message of Jesus.

[CD]: You are one of the most prolific writers in education today having published many books. What was your favorite book to write?

[PM]: That would be Che Guevara, Paulo Freire and the Pedagogy of Revolution. This might sound a bit odd but I felt the spirit of Che speaking to me as I was writing that book. I would get chills in my office when I would return from Cuba, or Venezuela, Colombia or Argentina, and would work on that manuscript.

[CD]: What advice would you offer someone considering a degree in education?

[PM]: My advice to teachers is to democratize access in your institutions so that working families from urban and rural sectors can attend, and give the poor the same chance to prepare for higher education as the rich since the goal of education is to create an egalitarian society. Give the schools autonomy! And while you are at it, don't shift the cost of education to the users and don't make social mobility the goal. Social mobility is for the neoliberals.

Become fearless teachers, even unto your last breath, and hope that such fearlessness will lead to wisdom. And such wisdom will lead to a transformation of this world to another world where love and justice prevail.

[CD]: In what direction is your researching moving these days?

[PM]: As for my most recent work, I'm looking at the figure of Jesus as a critical educator, as a socialist educator for whom love and social justice are synonymous. Jesus is a powerful pedagogue whose message of love and social justice we would do well to take seriously. So I'm spending a lot of time reading the scriptures and biblical criticism. And there is no question that the early Christians were communists. Not of the sort that we think about when we examine the ex-Soviet Union or the ex-police states of the Eastern Bloc, but the communism of which Karl Marx wrote, before his work was hijacked by totalitarian regimes.