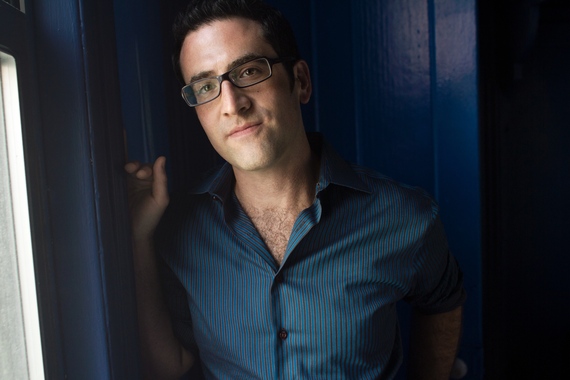 Last week, I had the pleasure of speaking with writer, director, and performer Ben Rimalower about his upcoming show at Birdland, The Lady's Got Potential, featuring Natalie Joy Johnson, Molly Pope, Alexandra Silber, Elizabeth Stanley, and Sarah Stiles. We talked about the show (Monday, April 7 at 7 p.m.), the talented women singing, Broadway divas, and what it takes to become an icon.

You based The Lady's Got Potential on an article you wrote for Playbill.com of the same name. What do you think connects all the women that are singing -- what made you choose them as up-and-coming leading ladies?

They are all women that I've seen on stage in musicals or cabarets, but they also all have this quality -- you can call it the "it factor" if you want. In musicals, there's an extra dimension that some performers have that's intangible. It's beyond how deftly they play the characters or sing the score. It's this other thing -- a charisma they exude. And the music takes it to an almost magical level. The star quality of these performers is why I think musicals are so powerful. It's certainly what excites me about anything I watch, especially for women in musical theater. The women performing Monday are the up-and-coming actresses who have something special and really do it for me.

I'm interested in how performers, especially female performers, take that "it factor" you talk about and then become icons. Do you think we live in an age where one of these women could become to future generations what Patti, Bernadette, and Barbra have become to ours? Do we have the apparatus in place for that to happen, or are we past that in the age of YouTube where everyone can be a star for five minutes?

Well, it's changed, you know. In some ways we have more of an apparatus than ever. I certainly think that something like YouTube allows for it to happen more. We live in an age of democracy of content -- you don't need somebody to invest twenty million dollars to make you a star. If you're original and interesting and tenacious enough, you can make those 15 minutes of fame something more. I think mostly it's dependent on the content. Even in an earlier time -- for Barbara Streisand to become an icon, she had to be in Funny Girl first. For Patti LuPone she had to do Evita. Having good content is key no matter what medium, and I think that's always going to be true.

So what are we going to hear Monday night -- what are are some of the songs they're singing?

Molly Pope is singing "Chicago," the Judy Garland number, which she will be fabulous at. Alexandra Silber will be singing "Tom" from Hello Again, which she did a wonderful job of in the Transport Group's revival. She might do my favorite version of anyone who's sung it -- she has such sweet voice in that range, and she belts in a really nice way. Elizabeth Stanley is doing a Sarah McLachlan-like version of "Oh, What a Beautiful Mornin'" -- she did it in her show at 54 Below and it's really fabulous. Natalie Joy Johnson, who's currently starring in Kinky Boots on Broadway, is singing the late great Damon Intrabartolo's amazing song "A Quiet Night at Home," which she did so well on the Bare original cast recording. Sarah Stiles is doing the brilliant "I Know Things Now" that she did in Into The Woods last summer in Central Park, when she was the greatest thing ever.

She was also great in the most recent version of Dan Fishback's Material World at Joe's Pub -- which had another of your performers, Molly Pope, blowing the roof off the place.

Well that's part of that icon thing -- and that's a great example, because when you see Molly stop a show like that, it's not just what she's doing in that moment, it's the fact that it makes you recall your previous experiences of Molly stopping any number of shows she's been in. If she were to not be her best on a night, she has a way of being disappointing in a way that other performers can't be. But when Molly delivers on your expectations, let alone when she exceeds them (which she often does), there's this whole other level that's exciting to be part of.

Which really brings a double meeting to your title The Lady's Got Potential -- these women all have potential in their careers certainly, but each one also has the potential to blow us away in the moment. And that's setting up stakes for us -- we're going in knowing that there's a possibility that this night is going to be something really special.

That is so right on. And it's just not the ladies, it's also the songs and the roles that have potential as well. Going back to Sarah Stiles in Into the Woods -- you go in there knowing who Little Red is -- you've seen the video of the original production a thousand times. But then Sarah comes out and somehow eclipses the original production and does something new that's thrilling. Or like Elizabeth Stanley -- when I saw her as Gussie in the Encores! production of Merrily We Roll Along, she did something bigger and better than I had ever seen before.

I'd like to take each of the performers singing Monday and do a little word association. I'm going to say each of their names, and I want you to say the first word that comes to mind.

Haha. I can do that.

Those are all great.

Wait can I change Natalie? Can we make her balls to the wall?

Definitely. Balls to the wall. I think that's a good preview of what's going to be happening Monday night. Thanks for talking to me about what sounds like a thrilling evening.