From June 23rd through July 3rd, world-renowned dance company DanceBrazil will be having its annual performance at The Joyce Theater in Chelsea. Called "spectacular," "ravishing" and "a treat to the senses" by the New York Times and "dazzling", "enthralling" and "spectacular" by Broadway World, there's no doubt in anyone's mind who has witnessed DanceBrazil that it is an ecstatic - and exotic - experience.

For the last 40 years DanceBrazil has awed audiences and reviewers alike with its demonstration of Brazil's indigenous dance forms like Samba, Maculelê, Puxada de Rede, and Maracatu, mingled with ballet, modern dance, and its signature element, the Afro-Brazilian martial art form, Capoeira. 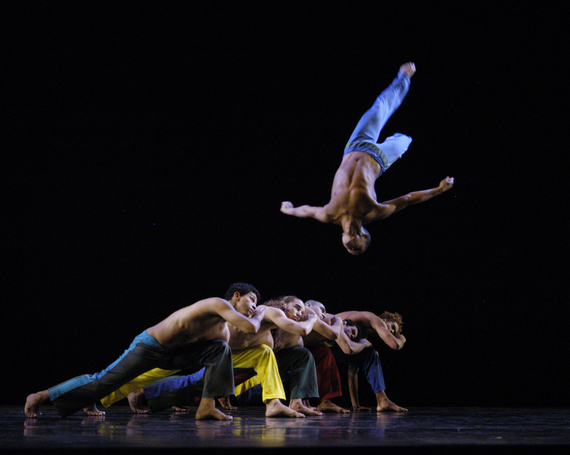 Dancers lined up in a Capoeira duck called Descida Basica in a 2007 DanceBrazil performance at The Joyce. Photograph by Nan Melville.

But DanceBrazil is more than incredible entertainment and an experience of Brazil and Capoeira as seen through dance. DanceBrazil is a prism into the past, when Capoeira - created by African slaves over 400 years ago as a means of defense and escape -- was illegal and taboo and an expression of freedom for subjugated people. DanceBrazil is also an integral part of Capoeira's renaissance in the last 4 decades out of the shadows and on to the world's stage.

This renaissance that has put Capoeira and, by extension, Bahia, Brazil into the world's spotlight is due in large part to DanceBrazil's founder and artistic director, Jelon Vieira. Born in Bahia in 1952, Vieira began learning Capoeira at the age of 10 when it was still a taboo art form associated with the lower classes, and began training to become a professional dancer at the age of 16. He moved to New York in 1975, where, along with Brazilian choreographer and fellow Capoeirista (as practitioners are called) Loremil Machado, introduced it to the states as a dance performed on Broadway. That year Vieira and Machado formed the dance company Capoeiras of Bahia, later rebranded "DanceBrazil" by Vieira's mentor, Alvin Ailey.

With DanceBrazil moving into its 5th decade, and Capoeira now a martial art that has caught fire both in New York and around the world - it is now practiced in over 150 countries, with dozens of schools in New York - Vieira has become an international ambassador for Capoeira, Bahia and Brazil, and arguably the most famous Capoeirista in the world. The company itself has been supported by the National Endowment for the Arts since 1984, has toured all over the world, and performed at the Kennedy and Lincoln centers. Vieira himself has been a guest master teacher at Stanford, Princeton, Columbia and Yale universities; received a National Heritage Fellowship in 2008; has taught Capoeira to everyone from Pelé to Wesley Snipes; and heads up his own group, Capoeira Luanda.

Vieria's work has also inspired many Americans (such as myself) who would never otherwise even have heard of Capoeira to enrich their own lives by becoming practitioners themselves.

The beauty of DanceBrazil is that you don't have to be a practitioner of Capoeira or have been to Bahia to understand either. Presenting the joy, mystery, danger and straight up thrill of Capoeira as if it were the mating dance of a bird of paradise seen up close, DanceBrazil lets you in on their secrets with the universal language of movement...which, according to Vieira, has been his life's work, and which he recently sat down with me to discuss.

CLN: How were you first drawn to dance?

JV: It started when I saw Capoeira for the first time. I had a problem with my legs and didn't walk until I was 3 years old. On the advice of doctors my mother bought me a soccer ball - that was considered physical therapy at the time. But I didn't like soccer. I liked flipping and handstands. So when I saw Capoeira I thought, that's what I want to do. But it was so discriminated against at the time that my mother told me I'd be grounded if I ever even repeated the word "Capoeira" to her again. So I started training behind my mother's back when I was 10. It was from watching Capoeira I first realized that you can communicate through movement.

When you learn Capoeira you learn all of its cultural manifestations, including Samba, Maculelê, Puxada de Rede, etc. But I still didn't learn at my Capoeira academy everything I wanted to learn. So at 16 I joined Viva Bahia as an apprentice, which was the biggest and first folklore dance group in Bahia and the first to bring Capoeira and Candomblé to the stage. I studied dance there and joined the professional dance company when I was 19.

CLN: What was the inspiration for DanceBrazil?

JV: When I was 20 I left Brazil for the first time and lived in London and Paris. I had met Alvin Ailey in Bahia in 1972, and later in London I saw Revelations. Right away I related Revelations to Capoeira because to me Capoeira is a revelation. That's when my interest in dance went beyond folk dance and I began thinking about starting a modern dance company. I came to New York in 1975 to perform Capoeira as a dance in a Broadway Show. I ran into Alvin Ailey again and he encouraged me to start a dance company. I wanted to do something different from Viva Bahia, and something different from what was already done in this country. And the difference for me was Capoeira. So I decided to form a dance company with Capoeira as its base.

Two years later Loremil Machado and I formed a dance company that we called The Capoeiras of Bahia. Alvin would say that it was too difficult for Americans to pronounce, and also that I wasn't just doing Capoeira. He had wanted to start a dance company called DanceBrazil and it hadn't worked out. In 1980 he gave the name to me, and that was beginning of DanceBrazil. 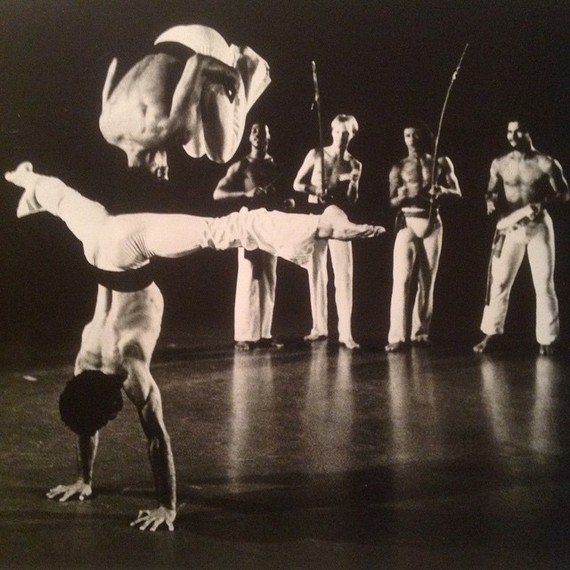 Vieira (in handstand) performing Capoeira as a dance in 1980, along with Loremil Machado, Herbert "Pilão" Kerr, Clifton Murdock, and Timothy "Borracha" Moe.

CLN: How would you describe DanceBrazil's style?

JV: DanceBrazil is a mesh that includes traditional Brazilian dance forms such as Samba, Maculele, Pusha de Red, Maracatu and Frevo as well as modern dance, Horton, Braham and Ballet. What these dance forms do is they transform Capoeira movement and infuse it with a dance aspect. Whereas Capoeira has inspired a lot of American choreographers, and has made its way into many dance styles, Capoeira is DanceBrazil's base - it's the pavement I build on. Everything comes straight from Capoeira. That is what makes DanceBrazil unique. It is the only dance company in the world to use Capoeira as its base. That's why I haven't developed a style per se because Capoeira is already a set style. 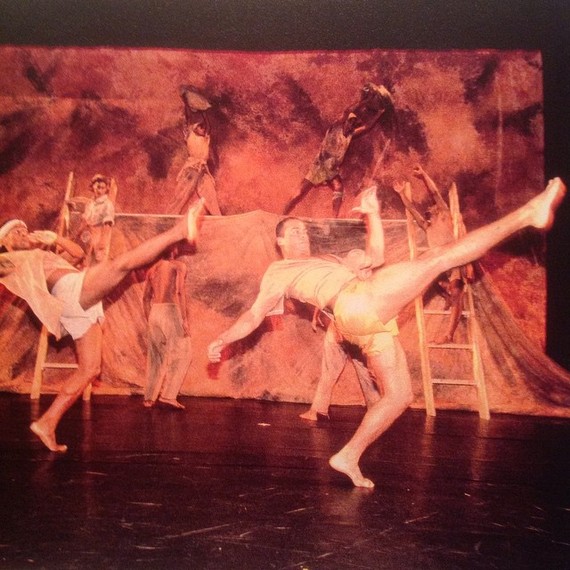 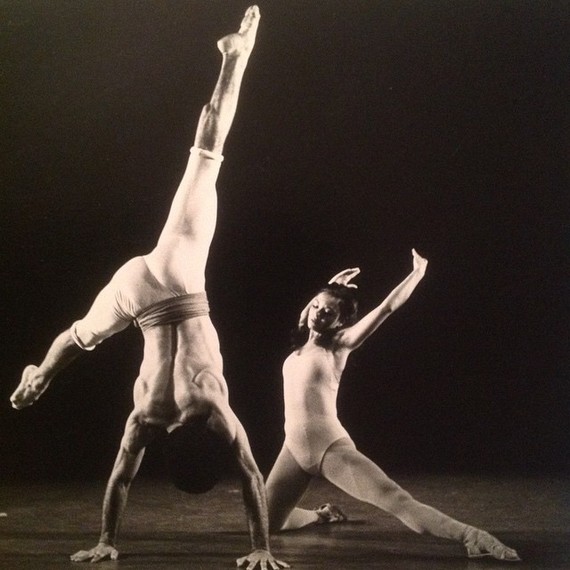 CLN:You've been choreographing DanceBrazil shows for 40 years now. How do you keep it fresh?

JV: Some people -- before they see DanceBrazil -- expect to see cliché's...for instance, that you would just see Samba. My mission is to spread Brazilian culture, and there are so many ways to do that. I don't want to just entertain people, so I base each year's performance around a message or a social issue. For instance in 2013 I did a piece inspired by Sertão which is a region in the northeastern part of Brazil. That part of Brazil has a very unique culture that captivated me, and it faces continual drought and economic hardship, but celebrates life regardless. 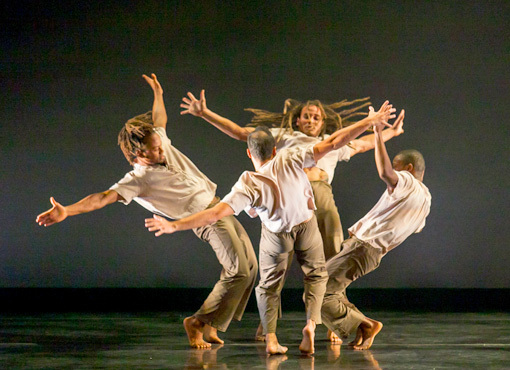 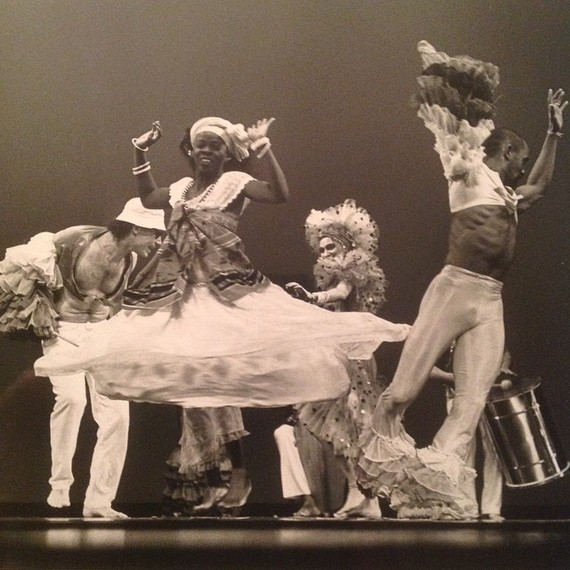 This year the show is based on Malungo, which is a word that was used to describe extremely close friendships that formed amongst Africans on slave ships headed to Brazil. Malungo refers to the kind of friends who would die for each other. In some cases, Malungos may not even have spoken each other's language. They had to hide their friendships from their overseers. I read about Mangulos in a book on the slave trade, and I became fascinated with the kind of energy between friends that they would die for each other, and whether this exists anymore. I was moved by the way they connected, so that's what this year's show is about.

Another way the show is kept fresh is through the live music - which is very much about percussion, and always includes Capoeira's signature instrument, the Berimbau. DanceBrazil for me is all about live music. Every year I use different composers because there is so much talent out there. The live music is also very serious for me because I want my dancers, when they are on stage, to breathe from the music.

For me, choreographing DanceBrazil is like Carnival - it ends on Ash Wednesday, and on Thursday everyone is already talking about next year's. When I finish a show I'm already thinking about what I want to do next year.

CLN: Since you've lived in the United States for decades how you keep DanceBrazil so close to Bahia?

JV: I do live in New York, but the company is based in Bahia. I get all the dancers there and we rehearse there in order to keep that connection between Bahia and the company. I also go deep into research for each show. For instance, when I did the show in 2013 based on SertãoI I took pictures of how people dress day to day and brought those pictures to my costume designers so the dancers really looked like they people from Sertão, but in a contemporary form.

CLN: Who is DanceBrazil's audience? 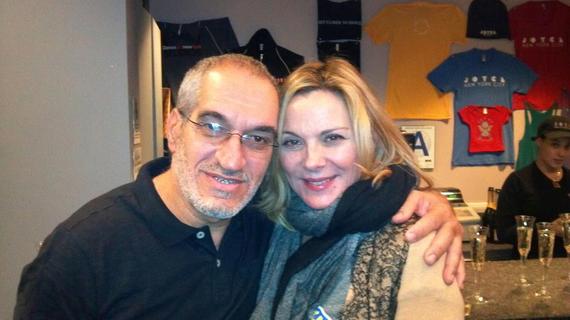 The choreographer with a fan.

CLN: DanceBrazil has been performing at The Joyce Theater in Chelsea for a decade and a half. Why has your relationship with The Joyce worked out so well?

JV: Performing at The Joyce every year is a blessing. It is the place to see dance throughout the year. And it's very high quality - it's a small theater and complete and it's open to every style. In the '70s and '80s' there were many places you could see dance in New York. The Joyce is one of the last places left, and in recent years it's become a mecca for dance. 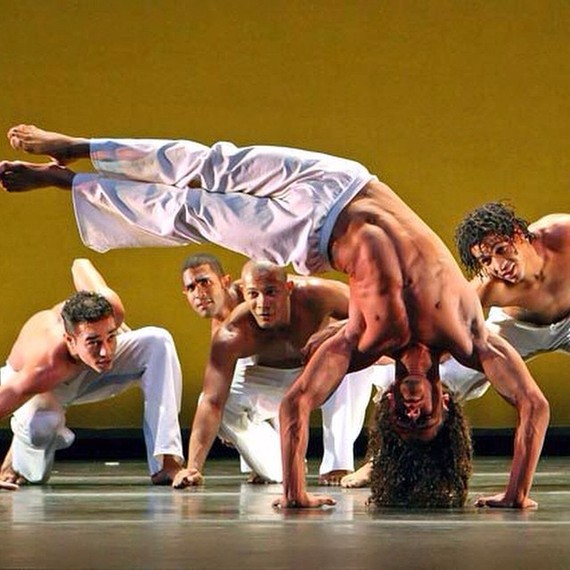 JV: Having a dance company was always a struggle, but the last few years municipal, state, federal, foundation and corporate funding for the arts has dried out badly. What has been helpful has been the support of the audience.

CLN: DanceBrazil is about to head into its 5th decade. How long to you plan to keep it going?

JV: As long as people enjoy it. DanceBrazil is my way to say I love life and I put all that energy and that dynamic into my work. My work is about celebrating life. When you cross the river into the world of the dead you can't say anything anymore. You might as well say everything you have to say while you're here.

To purchase tickets for DanceBrazil at The Joyce, click here.

To see a clip of Vieira choreographing the 2014 DanceBrazil workshop for non-dancers - Moves & Mind of a Master -- organized by the Capoeira Center of New York, click here. 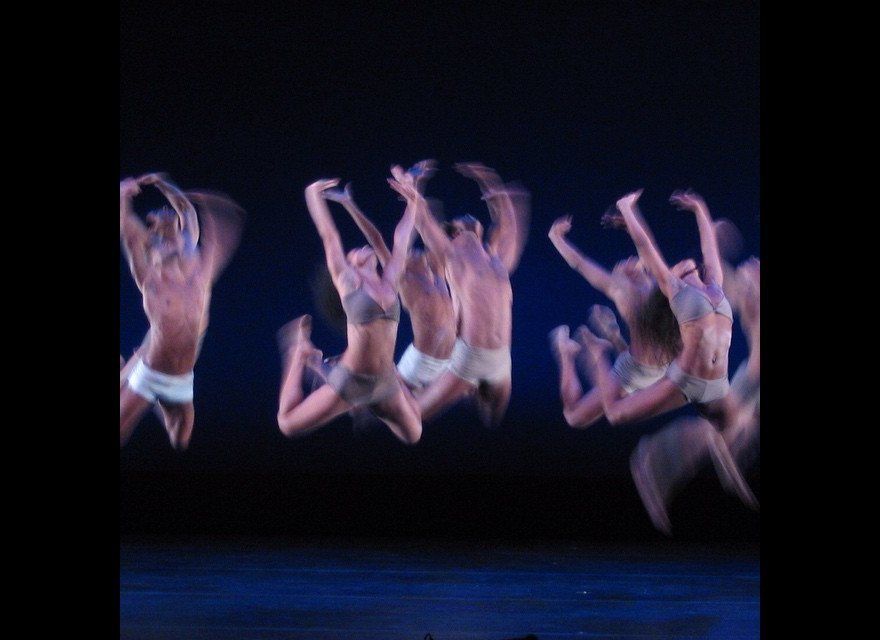