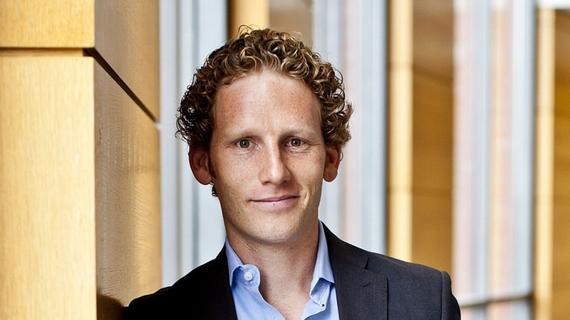 Everyone is influenced by something. And, according to Jonah Berger, that's a good thing.

Berger is a Wharton professor and bestselling author of Invisible Influence: The Hidden Forces That Shape Behavior and Contagious: Why Things Catch On.

His research has given him a deep understanding of how influence works and what it takes to get your message heard.

"Whether you're a nonprofit organization with no marketing budget or a small business owner with a great new service, knowing how to generate word-of-mouth will help you make your product, service or idea succeed," Berger said. "And even if you don't have anything you want to catch on, understanding how word of mouth works will help you better navigate the world around you."

Recently, Berger shared with me some of the powerful insights he's gained after spending more than 15 years studying social influence and its impact on how products and ideas catch on.

That's right. People actually talk to each other, and word-of-mouth is still the primary way we communicate.

"If you look at the data, only about seven percent of word-of-mouth is actually done online," Berger explained. "And it's these normal, everyday interactions have the biggest impact on our behavior," he said.

So, while social media is certainly important, most communication is still face-to-face.

"With everyday conversations there's no distraction. It's just two people talking, so the influence and impact is much higher," Berger said. "By understanding why people share in the first place, we can craft contagious content, and help our message and ideas travel further."

In fact, word of mouth is nearly always the best way to attract new clients. Regardless of pricing, referrals have likely already struck up a conversation about you with an impartial third party, which makes them more likely to want to work with you.

2. Follow the STEPPS, and boost your clicks and shares.

How can you get people talking about your product or services through conversations and online?

Berger has published hundreds of pages on this topic. To simplify his findings, he created an acronym called STEPPS, which stands for Social Currency, Triggers, Emotion, Public, Practical Value and Stories. These are the basic principles behind how we are influenced, and it's the key to understanding why some things go viral while others don't.

Here's a thumbnail sketch of what STEPPS stands for:

• Social Currency is the idea that people care about how they look to others and want to appear knowledgeable. They share things that make them look smart.

• Triggers are sights, sounds and other stimuli that remind people about your product or service, and prompt them to share and talk about it. Build your marketing campaign around everyday triggers, and people will be reminded about your product just by going through life.

• Emotion compels us. We are connected to feelings rather than function.

• The more something is in Public eye, the more people will seek to imitate it.

• Useful things have Practical Value and will be shared and passed along.

• We are drawn to Stories. We share things that are wrapped up in a compelling narrative.

"I've helped lots of companies and organizations apply the STEPPS model to increase shares," Berger said. "Harnessing these principles can boost clicks by more than 60 percent, and in some cases and shares by over 150 percent."

3. Advertising isn't everything, but it can help.

The whole purpose of using these basic principles is to try to capture people's attention - a task that has become harder as people are constantly being barraged by information.

According to Berger, in order to stand out, you've got to give people unique content, which is difficult to do when most people are turned off by traditional ads.

"People know ads are trying to sell them something so they're less likely to listen," Berger said. "Even social media has become less effective. People don't read even 10 percent of what comes through their feed. There just isn't enough time."

According to Berger, getting people to talk about your content is key to getting it to go viral, because people will listen to each other before they listen to an ad.

But word of mouth can be slow going, whereas ads can reach more people much faster. Berger explained that in the best cases, advertising can help create word-of-mouth, so the two tools can complement each other.

4. Harness influence, and even nonconformists will listen.

"There is a great quote that says that 'even nonconformists don't drink coffee,' and it makes a nice point," Berger said. "Even people we think of as not conforming to the mainstream are often just conforming to a different norm or group. Even when avoiding what others are doing, we're still being affected by them."

Being different from someone else isn't the same as not being influenced, but that's not a bad thing.

"Imagine if you had to pick a dry cleaner or a mechanic without being able to ask anyone else. It'd be a lot of work," Berger said. "Others' opinions provide a useful shortcut that makes decisions faster and easier."

We are all constantly influencing each other through our daily interactions, and those interactions impact every part of our lives. We shape each other's decisions without even realizing it.

As Berger says, "The more we understand influence, the more we can harness its power."

This column was originally published on Entrepreneur.com on August 17, 2016.