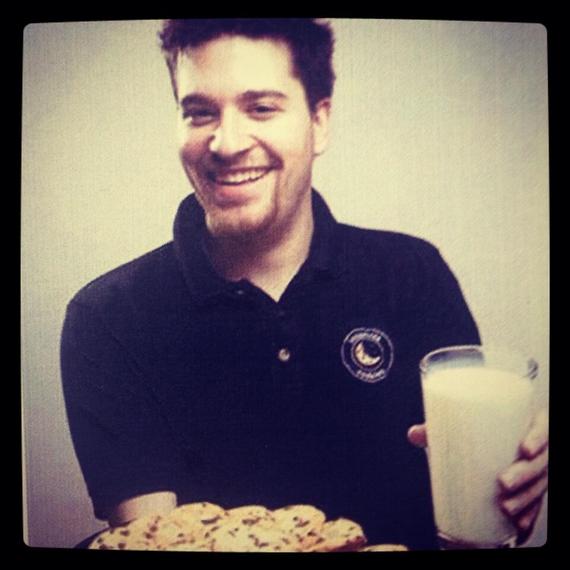 In his book Zero To One, Peter Thiel says that you should never open a restaurant since you'll just be one fish in a large pond. And that makes sense. You're probably not going to really "change the world" with a restaurant.

But for many college students, a little bit of money is all that matters. Back in 2003, at The Wharton School in the University of Pennsylvania, "everyone wanted to go into banking." People weren't really into startups at Penn. Everyone wanted to work at Goldman Sachs. But for Seth Berkowitz, an internship in investment banking was not a very attractive option.

One thing that he did love was eating sweets at night. He loved cookies, but in the wind chill of Philadelphia, he didn't want to actually go out in the cold to buy the cookies. And so began Insomnia Cookies. Berkowitz baked the first batch of cookies himself, and started giving away samples on Penn's Locust Walk; the cookies became an instant success. Everyone wanted a sample, and some of his friends said they might actually be willing to pay for the cookies if he delivered.

In between classes, Berkowitz and his friends began baking large batches the cookies and delivering them; monetizing very early on, Berkowitz was able to experiment and find out what recipe worked best. Within a couple of years, Berkowitz received FDA approval, set up his first retail shop in New York, and found angel investors.

What's more astounding is how Insomnia was able to market itself. After giving away samples and flyers on campus, college students just wanted more; he talks about how the retail store itself became a branding tool. Students were especially interested in buying his cookies as a "late night snack," while working on exams and studying. He says that the fact that the fundamental reason Insomnia became successful is because word of mouth is incredibly strong on a college campus.

In today's culture, everyone seems to be starting a startup. Technology, entrepreneurship, and startups have become the topic of all discussion. But in the background of it all, it seems like fewer and fewer people want to involve themselves with other entrepreneurial endeavors. It seems like retail and restaurants aren't "cool" anymore. In fact, the complete opposite is true; especially on a college campus, providing something as simple as a cookie to lazy students may be one of the most intuitive and yet brilliant business models yet.

Entrepreneur, Author, and Student at The Wharton School