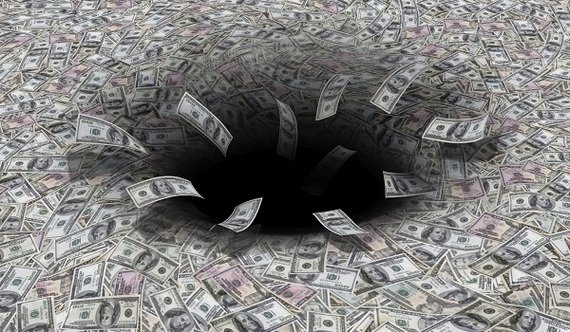 "Dark Pool." The name itself suggests that something sinister is going on. The term has been featured in several works of fictional mystery, including an episode of The Alfred Hitchcock Hour in the 1960s. In the financial world, dark pools are very real, and while they may not be considered sinister, they can be dangerous for those who do not fully understand them.

Dark pools, also known as dark liquidity, are private unregulated or poorly regulated exchanges outside the standard exchanges such as the New York Stock Exchange or the NASDAQ. The "dark" in the name comes from the basic lack of transparency in trades executed on these pools. As of the spring of 2014, there were 45 such exchanges in the U.S. They may be owned by broker-dealers who set up dark pools to cater to their clients, by agency brokers, or by independent electronic entities. Dark pools were estimated to account for 15% of all trades as of 2014.

The primary purpose of dark pools is to facilitate certain transactions that would be difficult to pull off in the primary exchanges. For example, dark pools can serve as matchmakers between two large institutional investors that want to buy or sell a large number of shares of a particular stock. There may not be a suitable buyer on the other side of the exchange for all of those shares, so the seller may be forced to sell in smaller blocks or wait to sell -- and having tipped their hand to the large sale, the price is likely to decline in the interim.

Dark pools only report transactions after trades have been executed; thus, with a willing buyer, this large trade could be executed at a favorable price. At the same time, the companies involved save exchange fees and other costs associated with traditional exchanges. Why is that a problem? As an individual trade, nothing is wrong. However, since the price mechanisms are based on different information than the public exchange information, prices can become distorted.

Imagine that you want to buy a smaller amount of stock X, only to find out later that several hundred thousand shares of stock X are sitting in a dark pool awaiting a match for sale. If the intention to sell those shares were made public, the price would go down and your trade would be executed at a lower price. Conversely, after the dark pool sale is made and reported, the price will drop significantly -- but you have already made your purchase based on available information.

Dark pools are also poorly regulated, if they are regulated at all. Private exchanges can cherry-pick information flow in the favor of larger clients, misrepresent their trading rules and method of price determination, and fail to protect proprietary data. The Securities and Exchange Commission (SEC) and Attorney General can take actions after the fact in cases of wrongdoing, but they cannot really be pre-emptive.

In essence, dark pools work in the opposite fashion to standard exchanges. Public exchanges require equal access to pricing information that keeps the field level. Dark pools can intentionally obscure information to a trader's advantage.

Dark pools are not illegal per se, and one could argue that they play a useful limited role in the overall scheme of trading. However, a dark pool that misrepresents its method of operation may be subject to legal action. Regulatory scrutiny has increased on dark pools in recent years, with recent actions against Barclays and Credit Suisse resulting in a collective $154.3 million in settlement payments split between the SEC and the New York Attorney General's office. A summary of recent SEC actions against dark pools may be found here.

As an individual investor, you are highly unlikely to see dark pool trading, but it is possible that when you dig deep enough, you will find that some of your investments engage in dark pool trading. Should you discover that this is the case, it is up to you to decide whether to participate in that investment, and most importantly, you must properly assess its risk from both a legal and a fair-trading standpoint.

To Read More About MoneyTips:
The Difference Between Trading and Investing
What Financial Advisors Say Are Your Biggest Investing Mistakes (Infographic)
Who Is Using Financial Robo-Advisors?