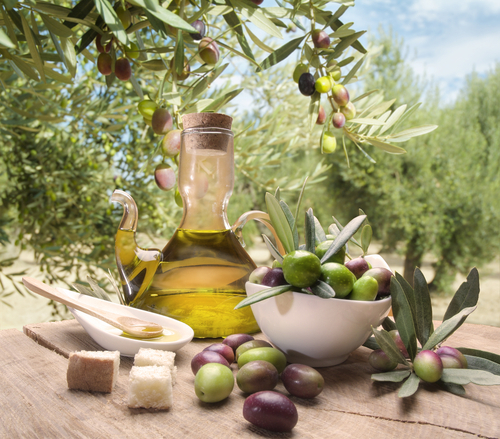 You've probably never left a doctor's appointment with a prescription for extra virgin olive oil, almonds, pasta, or a glass of red wine, but one day you might. In fact, I hope that day will come very soon.

Even in an era of important biomedical research and drug discovery (both of which remain pillars of modern medical care), some key drivers of good health and a healthy old age are not medical interventions at all. Relatively simple, even enjoyable ways exist to lower your risk of heart attack, cancer, diabetes, and cognitive decline. Based on solid scientific evidence, we now know that the one of the best is to adopt a Mediterranean Diet.

We live in a world of fad diets, some of them irresponsibly sold by people with the letters MD after their name, so I do not say this lightly. In fact, the Mediterranean Diet is both more and less than a diet in the conventional sense. It is bigger -- a practical, proven, and delicious way of life for people of all ages. And in addition to the health promoting impact of the diet itself, it also is about what you don't eat - the high salt, high fat processed diet that is so prevalent among Americans.

What is included may surprise you . This is not about deprivation (although sweets are classified as "occasional"). It is not even about weight loss. One or two servings per meal can be grain-based, meaning things not enjoyed on most standard "diets" -- bread, pasta, rice, and couscous. Lots of olive oil. Nuts, yogurt, and some cheese. Lots of fish; less meat. Two or more servings of fruit and vegetables at lunch and dinner. A glass or two of red wine is part of the plan if you want it. All this naturally provides lots of beneficial antioxidants and, because it is a pleasure to eat, may help people replace at least some of those fat- and sugar-laden meals that do nothing good for their health. 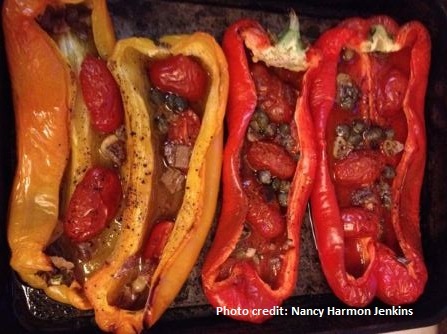 "The Mediterranean way of eating -- with its emphasis on healthful habits based on the consumption of fresh vegetables and fruits, legumes and complex carbohydrates, not much meat, quite a lot of seafood, and above all else the use of extra-virgin olive oil as the principal fat -- is less a regime than it is a totally joyful approach to the kitchen and to the table," notes Nancy Harmon Jenkins, author of The New Mediterranean Diet Cookbook. Try her recipe for Lightly Roasted Stuffed Peppers or Cool Yogurt Soup with Fresh Herbs Snipped from the Garden.

The Mediterranean lifestyle and diet also prize socialization as a part of the eating experience -- slower, not faster, food. Its value is such that the Mediterranean diet was included by UNESCO on the Representative List of Intangible Cultural Heritage of Humanity.

Perhaps best of all, unlike some rigid diets, the Mediterranean way provides benefits even if you can't follow it 100 percent of the time. According to Stefania Maggi, MD, MPH, PhD, Research Director of the Aging branch-CNR Institute of Neuroscience in Padua, Italy, and a board member of the American Federation for Aging Research, "Exceptions, such as having a hamburger or pizza from time to time, are no problem. We know that an eating plan that is too strict can lead to negative behaviors, such as binges. Moderation is mandatory, but the Mediterranean has such a variety of wonderful components, it is really difficult to feel like you need something else!"

An impressive evidence base

Our scientific documentation of the health benefits of the Mediterranean diet is quite new and growing all the time. In the last five years, groundbreaking evidence has emerged, much of it from the large PREDIMED trial (Prevención con Dieta Mediterránea) conducted in Spain.

The study began by looking at heart health, but has also produced amazingly positive findings in three other important areas as well.

Heart health. In the PREDIMED trial, the Mediterranean diet reduced the number of cardiovascular events (such as heart attack, stroke, and heart failure) among people already at very high risk by about 30 percent. This happened in less than five years, without any requirement for cutting calories or additional exercise. In fact, the trial was terminated early because of clear benefit to those in the Mediterranean diet groups.

Diabetes. The Mediterranean diet offers an important way to slow the progression of diabetes-prone people to the disease - one of the fastest growing in the world. While it is widely known that losing weight and increasing exercise can help, the Mediterranean diet has shown a 30 percent reduction in the risk for diabetes among older adults with a high risk of heart disease, even when participants did not lose weight, increase their exercise, or reduce their calorie intake.

Dementia. We still have no cure for Alzheimer's disease or any other dementias. The best hope at this point is still to avoid it, and it is already well accepted that, "what is good for your heart is good for your brain." Here the Mediterranean diet also offers some promise, with PREDIMED study participants in the cohort who ate additional extra virgin olive oil and nuts scoring better on some tests of cognitive function, including memory.

To deepen understanding of the relationship between diet and cognitive health, researchers are now examining brain images of study participants. "Dietary studies have assessed only a limited range of brain cognitive measures," says dietician Claire McEvoy, MPhil, PhD, of Queen's University, Belfast, who will conduct part of her research at the University of San Francisco as a Beeson CARDI Fellow supported by the American Federation for Aging Research. "Brain imaging allows a sensitive measure of brain health and can help us to understand more about how diet can influence brain functions."

As recently as this year, new research has also showed that, in a lab setting, breast, pancreatic, and prostate tumor cells can be killed by a compound found in extra virgin olive oil, while healthy cells survived.

Perhaps the area where more knowledge is most urgently needed is motivation. Changing habits is difficult, particularly where food is concerned. Dr. McEvoy, who has compared the effectiveness of intensive personal nutrition counseling and peer support groups in her work with the TEAM-MED study, agrees. "A key research challenge is to understand the best ways to support people to make sustained and lasting changes to their diet," she says.

Pass the olive oil and the bread and let's drink a toast (red wine, of course) to her success.