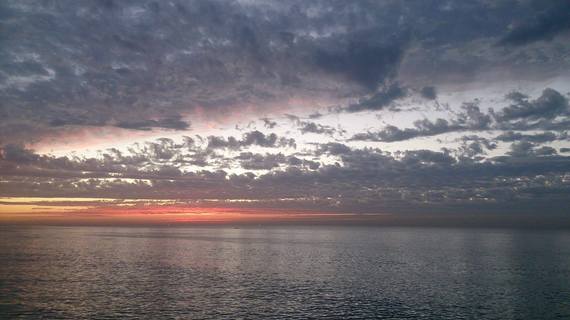 Re: Your lack of meaningful assistance to Gaza

I am very appreciative that the European Union, under your leadership, has begun to do what my own country will never do: Apply real, bottom-line pressure to Israel.

The most that members of the U.S. administration have done, visibly at least, is comment that they are "concerned and perplexed" about Israel's continuing expansion of settlements and unchecked vigilantism against Palestinians. In his speech to the Institute for National Security Studies' 9th International Conference in Tel Aviv Jan. 18, U.S. Ambassador Daniel Shapiro devoted seven full paragraphs to assuring Israelis that "our security ties have never been stronger." And yet, he still was the target for vociferous criticism from Prime Minister Netanyahu et. al. for saying what most of us would recognize as a gross understatement: "At times, there seem to be two standards of adherence to the rule of law: one for Israelis and another for Palestinians." Then again...what can he do when his own party's presidential frontrunner writes in the Forward that "Israel is more than a country -- it's a dream," and that  she "will combat growing efforts to isolate Israel internationally and to undermine its future as a Jewish state, including the boycott, divestment and sanctions movement..."

I have long wondered why European leaders have allowed the United States to drive international policy toward Israel. Now, finally, it appears the EU is ready to take a more leadership role. In recent days, I was pleasantly surprised to read the announcement that a new resolution reaffirms the decision to label settlement products -- which some believe could lead to sanctions as these illegal towns and villages on Palestinian land persist and expand. The same resolution calls on Israel to prosecute settlers who use violence against Palestinians.

I also hear the European Union is considering demanding reimbursement from Israel for the demolition of buildings constructed with funds donated by the EU as part of its humanitarian aid. That's encouraging!

However, you seem to be forgetting about Gaza -- which is why the Euro-Mediterranean Monitor for Human Rights has launched a petition, with a goal of delivering 10,000 signatures or more, right to your desk. 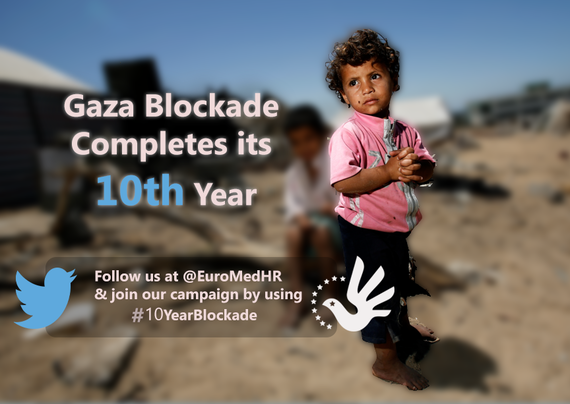 We have just marked the completion of 10 years of Israeli control and blockade -- increasingly augmented by Egypt, which opened its Rafah crossing with Gaza for just 20 days in 2015. More than a million Palestinians in Gaza are unable to make a living by freely fishing, farming and trading goods, or to leave for study abroad, medical care, work and family visits.

As you know, Israel imposed that blockade in response to the democratic election in which the Hamas party won a majority of parliamentary seats. Bear with me as I remind you of the consequences.

Of the 1.9 million population: • 43% are unemployed (62% of youth and women -- the highest rate in the world). • 40% live below the poverty line. • 60% are food insecure. • 55% suffer from clinical depression. • 40% receive water just five to eight hours every three days due to insufficient power supply.

You and other EU officials seem to be stuck in a self-imposed time warp, still clinging to the belief this will all be reversed with a two-state "solution." Honestly, though, that ceased to be anything but an illusion when the number of illegal settlers in the West Bank soared into the hundreds of thousands, and the collective efforts of the Israeli, U.S., European and Egyptian governments helped cement a permanent divide between the two main Palestinian parties, Hamas and Fatah. (If you haven't read the Vanity Fair exposé that revealed the formative U.S. role in that debacle, you should.)

This is what I read about your draft resolution in the news: "The EU will consider further action to protect the viability of the two-state solution, which is constantly eroded by new facts on the ground." The resolution reportedly backs France's suggestion that an international "support group" be established to promote the perpetual peace process, and to convene an international peace conference designed to restart "regional, multi-sided negotiations between Israel, the Palestinians and the Arab states. When will the politicians wake up to the reality that most activists know already? The two-state "solution" is no solution; it's a fable that serves as a convenient excuse to keep kicking the can down the road.

So, then, what's the quickest way to break the back of the blockade of Gaza? A functioning seaport. Re-opening Gaza's seaport would provide a secure and dignified passageway to and from the outside world, free from dependence on the usually absent goodwill of Israel and Egypt. 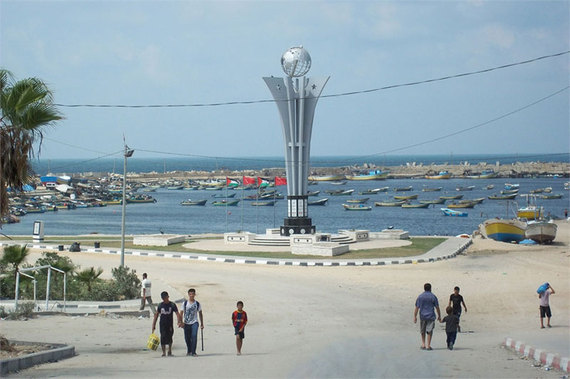 Gaza City has a long history as a hub for regional trade and travel. However, since 1967, Israel has controlled all of Gaza's 43 km territorial waters, blocking ships from reaching the city or departing from it. It is the only Mediterranean port closed to shipping as well as human traffic.

In 2002, the Israeli navy caused extensive damage to the Gaza harbor. Local fishermen are routinely forced to turn back far short of the 12-24 nautical-mile mark for the best catches, and 10 activist attempts to sail in and break the blockade have been forcibly prevented from entering local waters (once killing nine passengers. However, with the required degree of political will, including the withdrawal of trade privileges if necessary, the European Union could, I believe, make a port a reality once again. In fact, a detailed plan already exists, including notes on what infrastructure is needed and how security could be handled (an international naval force).

The people of Gaza have suffered enough under the blockade, Federica. Stop holding out for the two-state myth and do something guaranteed to restore to the Palestinians some of the self-determination they've been denied for the last 10-plus years. Restore their seaport; it's rightfully theirs.