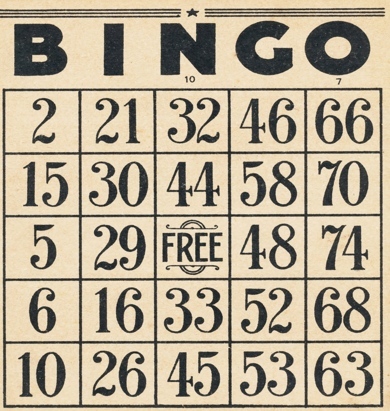 But, Brother, when you reference the Bible with a level of biblical illiteracy you have shown in your response to the SCOTUS ruling on same-sex marriage, it is too much. You have embarrassed yourself and your clan.

One thing that is almost always true of Baptists is that they have serious knowledge of the Bible. Maybe not of its cultural and historical context, maybe not even of the politics informing various "translations," but we can almost always count on a Baptist to quote chapter and verse. Admittedly, we may do so inconsistently -- emphasizing the ones we like and forgetting the ones we don't. But in any good debate, a Baptist can win with answers worthy of a good game of biblical Trivial Pursuit.

Which is why it's such a shock to read your recent words: "God is clear about marriage in his holy word: 'therefore a man shall leave his father and his mother and hold tight to his wife and they shall become one flesh' (Genesis 2:24)."

Your saying this so emphatically does not actually make it true. Yes, that's what Genesis 2:24 says. But is that all that the Bible says? Is that even the only kind of marriage the Bible portrays?

But to suggest that "God is clear about marriage" and then cite a single passage as evidence when there are myriad more examples from the very same source is actually to misrepresent the very text you hold so sacred.

Do I have some more lurid version, or doesn't your Bible reference concubines, polygamy, or post-rape required marriage?

I'm always up for a good debate about what the Bible does or does not say. I've read it, cover to cover, again and again. And I'm not above pulling my favorite verses as trump when necessary. But the debate about the right to marry requires intellectual honesty, especially in the way we use holy writ, and especially if we are using it as a weapon.

Come on, Franklin. I bet you won the bible drills at church. I bet you have millions of verses committed to memory, as I do. And I'm certain you have a good concordance for back up, just in case. It's obvious you and I disagree about same-sex marriage, and it's pretty clear we have different interpretations of scripture. But surely we can agree that there's more than one version of marriage in the Bible.

I seem to recall some debate about the number of wives Moses had, and there are certainly references to the race of his wife, Ziporah. Solomon is said to have had several hundred wives. We mostly talk about Abraham and Sarah, but let's not forget Hagar and Keturah. Actually, Jacob's is one of my favorite biblical marriage stories. He made an arrangement to trade a man for his daughter, Rachel. But then the dad snuck his other daughter, Leah, in, and Jacob consummated his marriage with the wrong daughter. Ultimately, he trades again and gets Rachel back. And this marriage, like many others, is outlined in the same, single book of the Bible to which you refer.

But these are all examples from Hebrew scripture. Doesn't the New Testament settle the issue? It's tempting to suggest that it provides a simpler, singular version of marriage? Indeed, in Matthew 19, Jesus refers back to the very passage you cite, discusses divorce and eunuchs, but interestingly moves on to describe other ideal ways of living, ultimately turning the conversation from marriage to a perspective with greater clarity: "if you want to live the perfect life, go and sell all of your possessions, give to the poor, then you will have treasure in heaven. And then come and follow me" (Matthew 19:21). Where are your cries for us to follow this last admonition?

There are millions of references to marriage in the Bible, and current debates about marriage are complex. Pat answers on the subject, even when they throw a verse in as leaven, aren't helpful. What would be helpful, instead, is if you could get clear on the distinction between the rights and privileges granted by the government through the institution of marriage and the freedom you and other religious leaders have to decide which marriages you will seal in religious ceremonies. The Supreme Court did not say churches must change their definition of marriage. It said that states must. You have every right to insist that you will never accept same-sex marriage, God forbid a grandchild comes out in the family. You have every right to say you will never conduct a same-sex marriage. Nothing that the Court said this week implies otherwise.

Again, like oversimplifying marriage in the Bible to suit a political perspective, exaggerating what the Court said to scare millions of Christians into believing the court actually intruded on their religious liberty with its ruling is irresponsible. I, for one, am tired of turning the other cheek (Luke 6:29), going the extra mile (Matthew 5:41), and, frankly, praying for those that persecute (Matthew 5:44).

I hope it is time for you and others to stop the attack, give up Bible-verse bingo, and "greet all the brethren with a holy kiss" (1 Thessalonians 5:26). I should add that I don't take that passage literally and do not offer it as a kind of homosexual taunt. Instead, I take it in its symbolic and historic contexts to mean that we are advised to greet one another with such a ritual to recognize the divine in all believers, even those who may live and love differently.