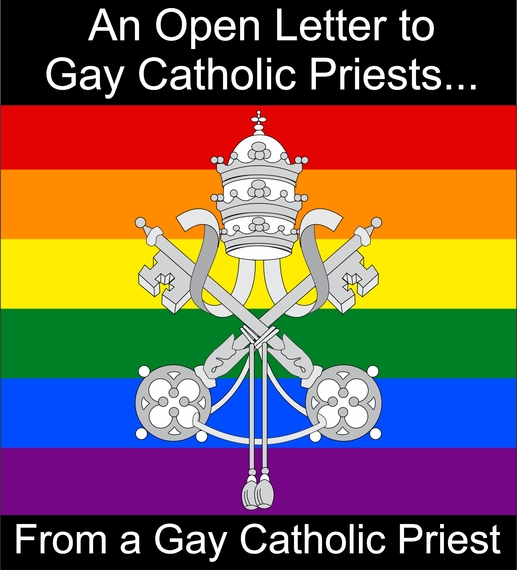 I know you're busy, so I will try to make this brief. Many of you have been following the story in the news about a gay catholic priest from Chicago who recently came out. I know you've been following his story because I've been following his story. And, I know that the thought of coming out as a gay Catholic priest is perhaps one of the scariest things you could imagine. So scary in fact, that only a handful of gay Catholic priest have done it. I know what's it's like to feel you have a secret that nobody can know about. I know what it's like to feel ashamed about being gay. I know what it's like to wonder if your silence about being gay is causing more harm than your ministry is causing good. I know what it's like to read the news about gay bulling, gay hate crimes and teenage suicides and wonder if your silence is part of what allows that to happen. I know how awful it feels when Catholic Bishops support anti-gay legislation. I know because I've been there -- I, too, have lived in the culture of silence and shame which currently exists in our church.

And at the same time -- I know (and I know you know as well) how it feels to be accepted by your friends and families after you've told them you're gay. You know the freedom and joy that comes from acceptance and love. You know that being gay is a part of what makes you unique and beautiful. You know that being gay is not a curse, it is not an intrinsic disorder, it is not a disease like alcoholism, but it is a gift from God. A gift that can be shared and celebrated.

If my coming out has taught me anything, it has taught me that the church (the people of God), are accepting, supportive and loving of who I am. I have received thousands of emails and I have been told over and over again by individuals how much they appreciate my voice of acceptance and love -- especially for those who are struggling with their own sexual identity.