I am unsure how to start this letter, nor am I sure how to adequately convey what your words have meant to me via your tweets. They have had such a positive and profound impact. You may not understand why they were so powerful, so please allow me to share some of my background.

As you might know, I am an adoptee activist. Some may ask what does that mean? In reality, it means that I spend unpaid hours writing letters to politicians, journalists, organizations, engaging with other adoptees (in person, over the phone, via email) and being a representative on the state governments post adoption stakeholder group. In most instances, my letters which are directed to editors of mainstream publications, usually go ignored. This happens to many adoptee activists.

Despite the ongoing obstacles, I continue to lobby for adult adoptees to be included in the narrative. I continue to highlight the structural inequalities that impact on vulnerable families and to speak out against measures that can lead to an adoption driven system. I continue to draw attention to the impact of past forced adoption policies and practices on mothers, fathers, sons and daughters. I strive to read and share information that illustrates the drivers that continue to separate children from their biological families, often due to poverty or lack of support systems. However, it frequently feels like it is all in vain.

Adoptees are the only ones that can tell you how it feels to be adopted. Our voices should be the loudest, but they are not.

Then, two nights ago, just before our exchange occurred, I was feeling bereft. I had actually considered walking away from all of my activism, and I had disclosed this to some of my adoptee friends. I had a troubled sleep the night before, and I had shed a lot of tears. The catalyst was two different Australian journalists ― one of whom had responded that they would pass on my article (which had resonated with many adoptees that read it), the other of whom I had invested considerable time and energy in revealing intimate aspects of my story and the broader issues that some adoptees face. This person had promised to shine a light on adoptee issues but the story that ended going to print (without my knowledge) was completely different and essentially bypassed our issues. Instead, it was again a pro-adoption story. Whilst I understand that these positive stories are meritorious, and that journalist have to earn a living, they are the only ones we usually hear in mainstream.

In reality though, there’s another side to adoption which is largely unknown or at least not discussed. The one where some adoptees struggle with complex emotions of rejection, grief and loss. This disenfranchised grief* is not recognized; and instead, people consider that we are all happy and grateful. This does not reflect the myriad of experiences that adoptees face. Please, don’t get me wrong, I love my adoptive family. However, that doesn’t mean that I did not suffer or struggle throughout my life as an adoptee, because I have. Feelings of abandonment and rejection have plagued me.

What a lot of people do not understand is that adoption is predicated on loss. Loss of our original family, our lineage, sometimes culture and even discrimination. Adoptees of my era had our identity changed, and we were never allowed our birth certificates. We didn’t know who we were or where we came from. Many of us up until recently thought that our mothers had willingly given us away; but instead, we learned that we were taken (often illegally) as a function of former forced adoption policies and practices.

If you scratch the surface and do some research, you will find studies which suggest we are overrepresented in mental illness (including suicide), a topic close to my heart. While I recognize that this does not represent all adoptees, these adoptees experiences are real. These are the adoptees that I speak to, but we do not see this side of adoption discussed.

Every time I write about adoption or speak about issues, it takes an incredible amount of energy because it is deeply personal to me. Every time we get shut down or excluded from the narrative, it hurts because we do not see our struggles represented or discussed. Usually, the people that get to talk about adoption are adoptive parents or people in positions of power and privilege. Yet adoptees are the only ones that can tell you how it feels to be adopted. Our voices should be the loudest, but they are not.

You will never know what your words have meant to me. ... You may never understand how you lifted my spirits – simply by being heard.

People think that adoption is always a win-win, but that is too simplistic. The problem is that when we try to discuss this, we are met with blank faces. People look at us as if we are anomalies. It is so incredibly disempowering to not be heard or understood.

So two nights ago, after years and years of being an activist, I had had enough. There is only so much that one person can take or do, and I had reached my limits. I felt burned out and defeated. I just didn’t think I could continue to invest all of this energy when the personal cost to me is so high.

Then you reached out to me via Twitter with your powerful words. You said people like me inspired you! You, J.K. Rowling! One of my favorite authors of all time. The creator of Harry Potter, who was an orphan and who lived in kinship care. I nearly collapsed.

Once I got my breath back, I ran around the room uncertain of what to do – I was in shock. Someone in a position of power and influence had not dismissed me, but instead had heard me and responded with such kindness. I was happy when you liked one of my tweets let alone responding.

I have to emphasize that this impacts not only me but other adoptees who like me feel that they are ignored or shut-out of adoption conversations. I still am in shock. You will never know what your words have meant to me. You could never know how remarkable the timing was. You may never understand how you lifted my spirits – simply by being heard.

Thank you for hearing me, thank you for taking the time to respond, and thank you for the kindness you have afforded me. I am going to print off your words and put them in front of my computer and read them every time that I get down or feel disempowered. Thank you for shining a light on the shocking practice of orphanage tourism and for championing the rights of families. You have inspired me to continue.

Sincerely and with warmest wishes.

Disenfranchised grief can be defined as the grief experienced by those who incur a loss that is not, or cannot be, openly acknowledged, publicly mourned or socially supported. Isolated in bereavement, it can be much more difficult to mourn and reactions are often complicated. It is important to recognize and try to meet the needs of those whose grief is not acknowledged by society, whatever the emotional or financial costs.

To my adoptive family, the Barras, thank you for loving me, for supporting me and for putting up with me. To those members of my natural family (you know who you are), thank you for embracing me in reunion. Finally, to my amazing and patient husband David. You are my strength. Finally, to Arianna Huffington, thank you for giving me this platform.

“If you want to know what a man’s like, take a good look at how he treats his inferiors, not his equals.” (J.K. Rowling)

An Open Letter To J.K. Rowling From The Adoptee You Tweeted To
Photos That Show Adopted Siblings Are 'Real' Siblings Too 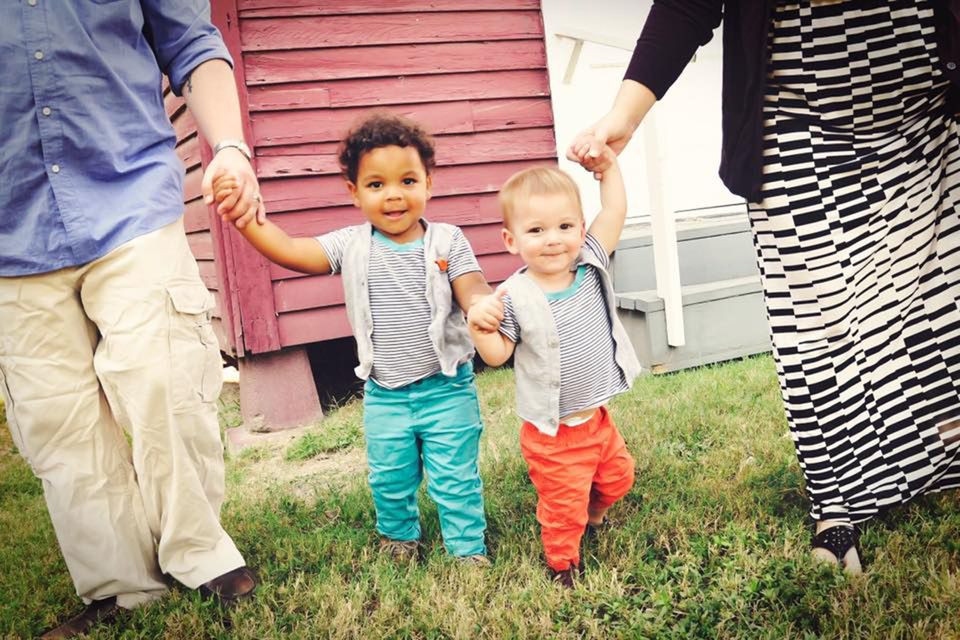