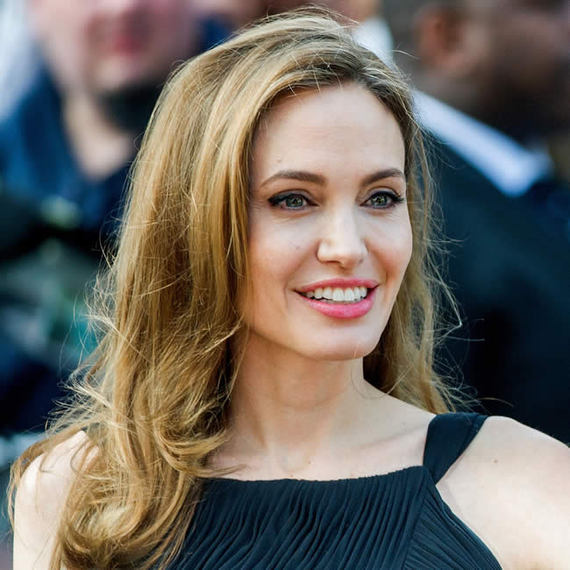 It's true what they say, you know. Charity does begin at home.

Growing up, my mother always told me that it didn't matter what face you show to the outside world, so long as you do as you say. I can admit that finding common ground between word and action can be difficult. I mean,even now this is true for me: while a supporter of the PETA, I can't help but find the idea of bacon irresistibly mouth-watering; while an believer of the "Love Your Body" campaign, I can't help but somehow manage to slide into a deep seated panic every time swimsuit season begins.

I'll admit, it's both tacky and hypocritical. But there's a silver lining to this cloud: I'm not considered one of the most influential people in the world. My voice, though present, does not by itself demand change. And so if I happen to make trivialized generic statements like "if you don't love every aspect of your body then you must suffer from crippling self esteem issues" or "only monsters would eat meat", the good news is no one is really there to listen to my dismissive response of a very complex issue.

But we can't say the same for you, can we, Mrs. Jolie-Pitt?

Besides being a recipient of an Academy Award, two Screen Actors Guild Awards, and three Golden Globe Awards, besides being considered one of the most beautiful faces to grace cinema, besides being a budding director (severely underrated in this realm, may I add), you also happen to be the Special Envoy of the United Nations High Commissioner for Refugees (UNHCR). You are the very first person in the world to claim that position, and have the power to represent the UNHCR on a diplomatic level. Your voice, unlike mine, can shape the way people think, feel, and act.

Thus far, you have urged compassion.

In fact, for you, compassion through support is not good enough. You have boldly said that to open our hearts, opening our pocket books will not be enough. We also need to open our homes. Your exact words, if I recall correctly, were that we "cannot manage the world through aid relief in the place of diplomacy and political solutions ...the result would be more chaos, more injustice and insecurity, and ultimately more conflict, and more refugees". 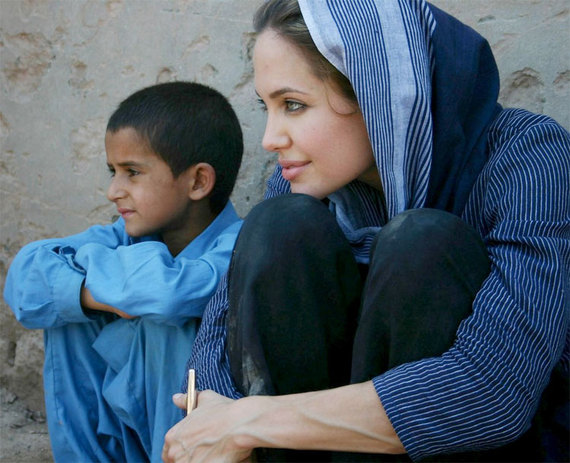 Eloquently put, Mrs. Jolie-Pitt. And you have honed in on an important point (though it seems that you are glossing over the significant socioeconomic strains that arise whenever even a relatively well to do country with a stable and developed population opens its borders). When we open our homes to those in need, it is completely distinct from when we decide to write even a generously handsome check to a charity; the problems of the refugees become our problems and we are cannot forget about them after comfortably giving our dues. It's tempting, even for governments, to do their duties as their consciences deem fit and then look the other way, but if governments were to follow your appeal, then that comfortable, insulated rendition of charity would not be allowed. We would be forced to jump in, and consider the nitty gritty.

It's a laudable goal. I only have one question.

Why aren't you practicing what you preach?

I'm not the only one with this question, you know. The discrepancy between what you say and what you do has begged the attention of several news outlets, as well as becoming the typical fodder for tabloid talk. Between your husband, yourself, and your good friends George and Amal Clooney (who have also been extremely vocal in urging all to open their homes and borders in light of the refugee crisis), there are 8 palatial mansions and net worths spanning several hundred millions of dollars.

Mrs. Jolie-Pitt, you are a humble woman and don't like to brag, so I will for you. With your husband, you own a £35million château in Brignoles, Provence in the south of France with over 30 rooms spanning 1000 acres, a £4.5million home in New Orleans, and a house in Los Feliz, California of over 5000 square feet.You have a net worth of over $200 million, and are the top paid actress in Hollywood.

So what's stopping you from opening up your own home(s) to these refugees? Why won't you follow what you have urged the rest of the world to do? Is it because you think that though full of good will and compassion, your request has been given through an idealistic lens? Are you having second thoughts?

Or do you just want to avoid being a little uncomfortable if it is in your own home?