Earlier this week, after a month-long sojourn in Malawi, my family arrived home in California with our newly-adopted son, Vasco Fitzmaurice Mark David Possley. 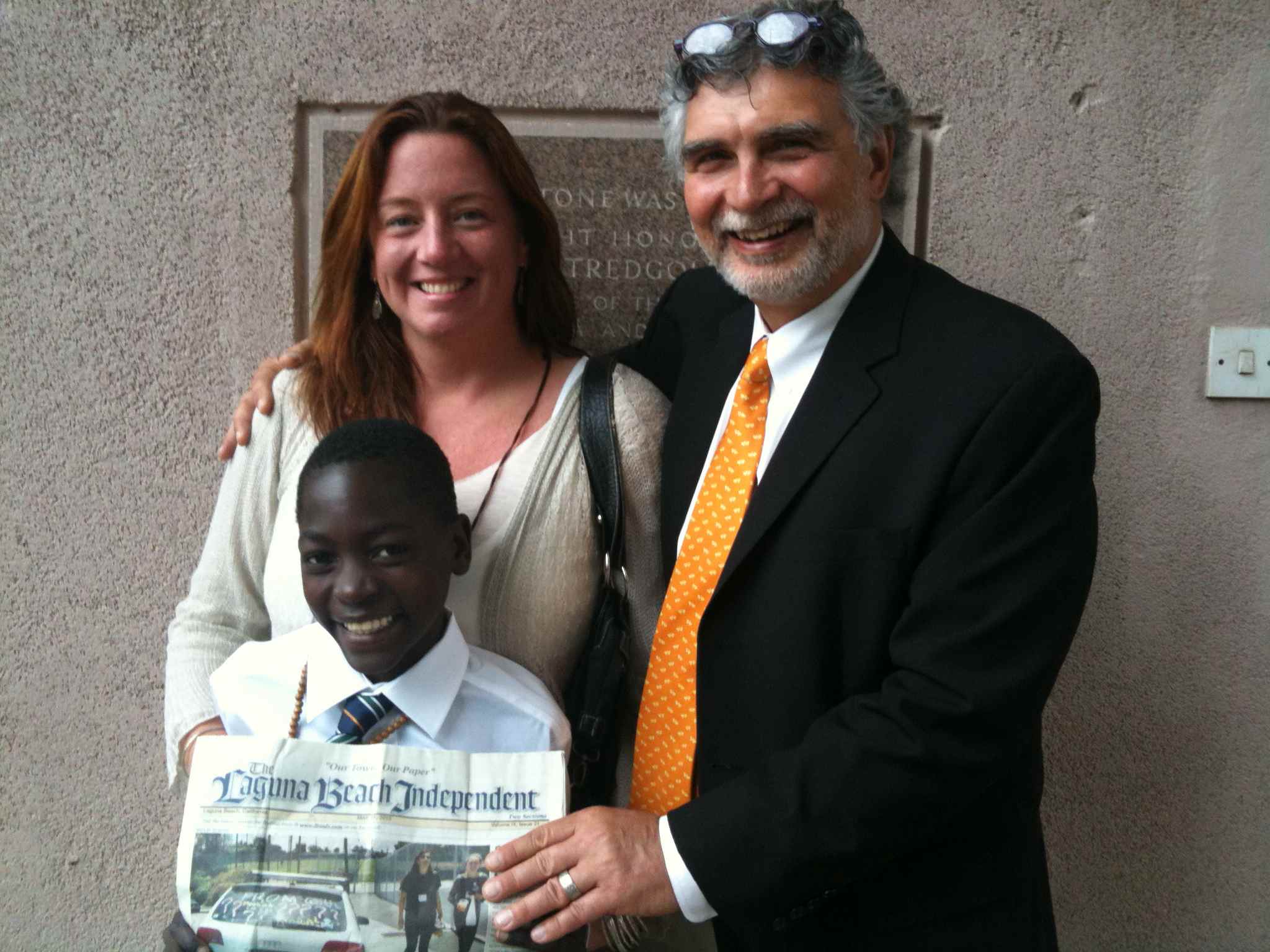 His adoption would not have been possible without you and the bold actions you took in Malawi last year when its High Court denied you the adoption of your precious daughter, Chifundo "Mercy" James.

You didn't take no for an answer.

You didn't buy their argument that allowing your adoption of Mercy would encourage human trafficking. You didn't agree when they said Mercy would be fine at an orphanage and without a loving family from a foreign land.

When you appealed that myopic ruling and then won approval of Mercy's adoption from the Malawi court of appeals, you effectively made case law that kicked open the door for other American families to adopt some of the 1 million children orphaned by HIV, AIDS and other diseases (including a grotesque indifference to the suffering of the most vulnerable among us).

Your actions paved the way for families to be created across thousands of miles, through forests of diplomatic red tape and seemingly unbridgeable cultural chasms.

My husband and I met Vasco in October 2007 while we were traveling in Africa on holiday. A few years earlier, we had made a donation to an organization in Blantyre that works with some of the 60,000 children who live on the streets of Malawi -- the vast majority of them, as you are well aware, AIDS orphans.

We were on the ground in Malawi for about 48 hours and spent most of our first day visiting with a few dozen teenaged boys -- "street kids," in the parlance of Malawi -- at a drop-in center in Limbe.

On our way back to the motel in Blantyre, our guide asked if we would mind making one more stop to visit a street kid that, in his words, was "just kind of special."

We drove on the road to the airport to Blantyre's rural Chileka district, clambered down a muddy embankment and saw a clutch of mud-and-waddle huts. Our guide yelled something and we heard a squeaky boy's voice shout something back -- "I'm coming!" in Chichewa, his native language.

Out came this little fellow Vasco -- tiny, skinny -- maybe 35 pounds soaking wet -- with huge eyes and a smile that would split your heart in two. He was about eight years old but was the size of a five-year-old American child. 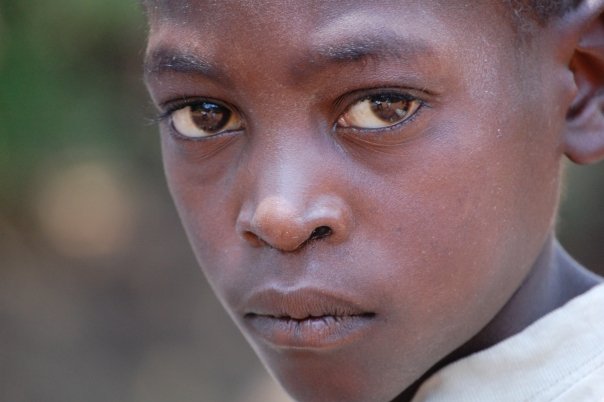 While we visited with Vasco, who had lived alone on the streets of Blantyre for months after his mother and father had died, he sat on my lap. When he pressed his bony back into my chest, his heart was beating so violently it was shaking his little body and moving mine. I took a good look at him and noticed that he was sweating and struggling to catch his breath even though he'd been sleeping when we arrived and not running or playing.

With the time we had left in Malawi, my husband and I tried to get him medical attention, but there was none to be had. When we left to continue our holiday in East Africa (which we had won in a raffle -- no, really), we stopped to see Vasco one last time. We hugged him close, told him that we loved him, and then we climbed back into the van and headed to the airport.

As the plane took off and I looked down at the African city, I thought of the hundreds of times I'd taken off from American airports, and I knew that if Vasco were the poorest child in the U.S. -- even a homeless orphan -- he'd be in the hospital that night receiving the care he needed. I began to cry and then I began to wail, making a scene on the flight all the way back to Kenya.

My tears were fueled by righteous anger knowing that Vasco probably would die a sinfully early death because he was poor and African. That is the worst kind of injustice.

I felt impotent, helpless. Then I remembered something our family friend Bono had told me a few years earlier: "We can't do everything, Cathleen, but what we can do we must do."

I couldn't fix his heart myself, but I could tell his story.

When we returned to Chicago, where we lived at the time, I told Vasco's story in the pages of the Chicago Sun-Times, where I was a columnist. The piece ran on a Friday morning. By Saturday afternoon, three hospitals had offered to fix Vasco's heart for free if we could just get him to Chicago. 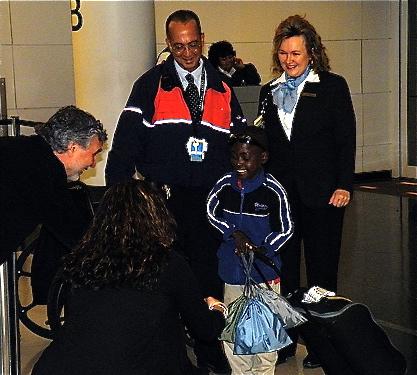 It took 18 months to get him to there, but on April 29, 2009, Vasco arrived in Chicago. Two weeks later, while we were in church on Mother's Day (because God has a sense of occasion, apparently) he spiked a fever. The next day, doctors determined that he was suffering from malaria.

The infection, we learned, has a two-week incubation period. Vasco had had malaria twice before in Malawi and it nearly killed him. If he had spiked the fever before he left Blantyre, he would not have been able to travel and we doubt he'd be alive today.

As Vasco recuperated from malaria and a host of other parasites he'd brought with him from Malawi, surgery was pushed back for more than a month. He was staying with us in our home outside Chicago and during that time, we got to know Vasco better. We saw the amazing person that he is -- incredibly bright and curious about the world, deeply intuitive and compassionate, soulful, grounded and so very funny.

We also learned more about what his life would be like once he returned to Malawi with his repaired heart.

That had always been the plan. Get him to Chicago, fix his heart, and send him home. It didn't matter that we had fallen in love with him, or that he could really use a family, parents, consistent love and security. International adoption, we were told, was all but impossible.

We prayed for an answer, an alternative, an escape plan and we waited, filled with equal parts hope and terror. 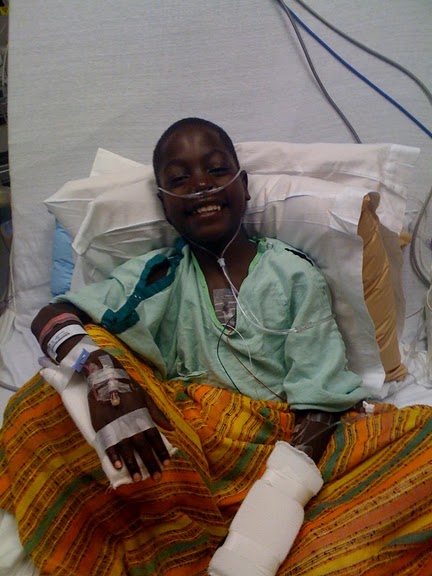 Two days later, as he was about to be moved out of intensive care and into a regular hospital room, we heard the news that the Malawi High Court of Appeal had overturned the lower court decision and approved your adoption of Mercy.

A door swung open and a way had been made for us to become a legal family. It was a mitzvah created by many human (and divine) hands, including yours.

Shortly after Vasco was released from the hospital, we moved to Laguna Beach, California and began the process of adopting him. First we became his legal guardians in Malawi, then came months of bureaucratic paperwork on both sides of the world. We had a home study done, got fingerprinted by the FBI, collected recommendations from friends, family, our pastor, our rabbi. You know the drill.

Meanwhile, Vasco absolutely flourished. He's grown more than six inches and put on more than 30 pounds. He enrolled in school for the first time and excelled beyond anyone's expectations, learning English and how to read in record time, playing soccer on the town's championship team, learning to swim and ride a bike, to snow board, skate board and even to surf.

By early spring, everything was in place. We were just waiting for a court date in Malawi to make it legal.

Late last month, the three of us -- Vasco, my husband and I -- returned to Malawi for our adoption hearing. We prayed to God for favor and mercy and tried to not to panic.

Hearts in our throats, on June 1 we walked into the chambers of Judge John Chirwa at the High Court in Blantyre. The judge began reading his ruling and about half way through I began to cry tears of joy when Chirwa announced that he was legally bound by decision in the "Mercy James case" in making his ruling and, therefore, he approved our adoption.

Vasco now has a forever family. I have a beautiful, healthy, happy son -- my first and only child. We are blessed and grateful beyond words. To God and to you.

The blessing you helped create will not stop with us. We tell Vasco's story to anyone who will listen, and we are creating a road map to guide other American families on their sacred journeys to adopt Malawian children who need them desperately.

From the bottom of this new mother's heart, thank you.

For your generosity of heart and spirit, as well as your perseverance, bravery and chutzpah -- just like the biblical Queen Esther whose name you've aptly taken as one of your own -- thank you.

You have been a mighty vessel of chisomo -- grace -- in our lives. And in my heart, you will always be Vasco's fairy godmother. 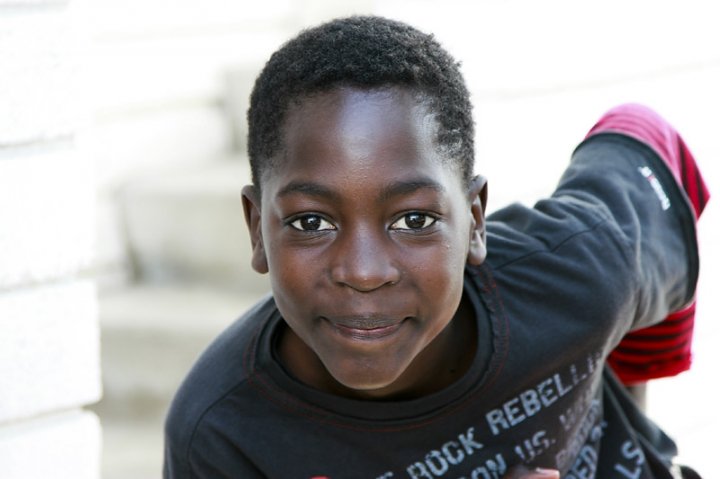