As the father of someone who struggled with addiction for seven years before getting clean, I think people who distribute and sell illegal drugs like heroin and cocaine are the scum of the earth. Making your living by ruining people's lives -- and destroying entire families -- is about as low as you can get.

This is why the case of Richard Wershe Jr. troubles me so much.

As a lifelong Detroiter, I remember hearing about the "notorious" drug dealer with the nickname "White Boy Rick" back in the 1980s. In the spring of 1987, at the age of 17, Wershe was arrested and charged with possession with intent to deliver almost 18 pounds of cocaine.

Wershe was convicted, and in 1988 he was sentenced to life in prison without parole under one of the harshest drug laws ever: Michigan's "650 Lifer Law." Signed into law in 1978 by Michigan Governor William G. Milliken, the law mandated life-without-parole sentences for anyone convicted of possession of 650 grams or more of cocaine or heroin.

Twenty years later, in 1998, Governor Milliken called the signing of that law the greatest mistake of his career, describing the law as "inhumane." That same year, Governor John Engler signed modifications of the "650 Lifer Law" that eliminated life without parole, and provided parole eligibility to over 200 people serving sentences under the law.

It has been 17 years since the repeal of the "650 Lifer Law." Yet out of all the people sentenced under the guidelines of the old law, there is only one person still incarcerated today for a crime they committed as a juvenile. That person is Richard Wershe Jr. 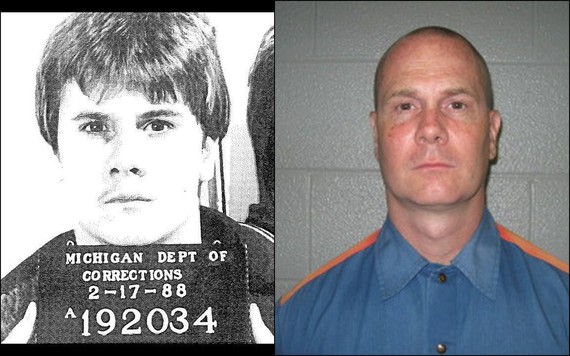 Of course, there is more to Richard Wershe Jr.'s story, which has led to speculation about why he might still be in prison.

In a nutshell, Wershe's late father was a paid FBI informant, and law enforcement sought out Richard Jr. to be an informant, too -- at the ripe old age of 14. Police used Richard Wershe Jr. to put a lot of criminals behind bars, and in the process turned an innocent teenager into a drug dealer. When law enforcement was done with Wershe -- the 17-year-old product of a dysfunctional family -- he tried to survive doing the only thing he knew how to do: selling drugs. And he got caught.

But why is Wershe still in prison? Even Robert Aguirre, a former Michigan Parole Board member has said there's "no reason in this world that he should still be there. What the powers are behind it, I can't speak to."

Respected investigative reporter Vince Wade has a theory, though. In his "Informant America" blog, dedicated to the curious case of Richard Wershe Jr., Wade writes:

He's doing life because he ratted on the wrong people -- a politically connected drug dealer and cops who were on the take from drug pushers, including one cop who was a local celebrity because he had been in a movie with Eddie Murphy. The Detroit political and criminal justice establishment has vowed to keep Rick Wershe in prison until he dies for telling the FBI the truth about some of their own.

Whatever the reason is that Wershe's still in prison, the fact of the matter is he doesn't belong there.

Governor Snyder, you have the power to right this wrong that has gone on for decades. You have the power to set Richard Wershe Jr. free from his life sentence. I beg and plead that you find it within yourself to do the right thing in the name of justice. Richard Wershe Jr. was 17-years-old when he was arrested for a non-violent crime. He was 18 when he was convicted. He is now 45. He has paid his debt to society many times over. And it's costing Michigan taxpayers approximately $44,000.00 a year.

To date, President Barack Obama has commuted the sentences of 89 drug offenders. Several of those offenders were serving life in prison, and several more were in prison for possession or distribution of cocaine. But President Obama can't help Richard Wershe Jr., because Wershe was charged and sentenced under state law, not federal law. So it's up to you, Governor Snyder, to have some mercy on Richard Wershe Jr.

One last thing: Our great and beautiful state of Michigan has been using its very successful "Pure Michigan" ad campaign for years. Those commercials feature the distinctive voice of actor, comedian, and Michigan native Tim Allen, who was born Timothy Allen Dick. According to Families Against Mandatory Minimums (FAMM), in a 2013 article entitled "How Mandatory Minimums Almost Killed Santa Claus":

In October 1978, Timothy Allen Dick was arrested for possession of more than 650 grams of cocaine (actually it was a little more than a pound) at an airport in Kalamazoo, Michigan. He was charged under federal law -- not Michigan law -- and as a result served less than two and a half years... If Allen had been charged under Michigan's 650-Lifer law, the judge would have had no discretion over the sentence. Instead of serving 2.5 years in prison followed by a hugely successful acting career, Allen would have been given a sentence of life without parole.

Tim Allen served 2.5 years in prison because he was lucky enough to be charged under federal law. Richard Wershe Jr. has served 27 years and counting because he was charged under state law -- a law that has since been repealed and found unconstitutional by the U.S. Supreme Court. What is wrong with this picture?

Governor Snyder, I have no sympathy for drug dealers. Drugs took one of my sons -- and our entire family -- on a roller coaster ride through hell for seven years. But I don't think anyone should have to suffer the injustice that Richard Wershe Jr. has suffered. After 27 years, he deserves a second chance at freedom.