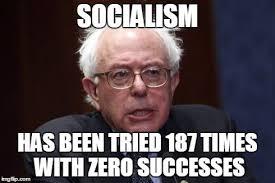 Let's turn the clock back to 2008. Millions of young people were swooning over Barack Obama, a hip, cool, black first-term Senator from Illinois who, in his bid for the presidency, tantalized them with visions of hope and change. For his infectious optimism and promises of a new, united America he was rewarded with a resounding victory over his Republican opponent John McCain: 365-173 electoral votes and 53%-46% of the popular vote.

But leading up to that historic win, the Democratic primary was a real slug fest. While Obama took about 15% more delegates than rival Hillary Clinton, it was Clinton who won the popular vote. It was a truly ugly battle. I can't begin to tell you how many verbal brawls I got into with rabid Obamacon friends who were so drunk on the Kool-aid that they could neither understand or accept my support of Hillary.

Wide-eyed and bushy-tailed, they leaped head-first into the Obama pool while at the same time drowning in their Hillary vitriol. And their hostility towards her, and those who supported her, grew with each stirring Obama speech. The more he became this transformational political figure, the more she became a tired, shrill symbol of the past.

But the years passed and the hope and change soon turned into anger and disappointment. The progressives bristled at Obama's stand on marriage equality. That the rich got richer. That he was too militaristic. That he caved too quickly and easily to Republicans on the budget and key elements of his healthcare proposal. While the right called him a socialist, the left accused him of being too conservative. He broke their hearts.

Which brings us to Bernie Sanders. The new cool kid in school. The one who inexplicably excites you millennials, and whom you believe transcends politics, despite his establishment credentials as a 25-year Washington insider. You love him. Yet you hate Hillary despite the fact that for decades she's been a passionate supporter of myriad progressive causes including marriage equality, paid family leave, a woman's right to choose, universal pre-kindergarten, universal healthcare and gun control.

And that "Bern" you've been "feeling" has made you quite nasty. The social media smear campaign against Clinton has become so toxic and sexist that Sanders himself had to tell the bullies to back off this week.

I get your "anti-establishment" fervor, and I can certainly appreciate your passion and idealistic view of the world at this early stage in your voting life. But I'm baffled by your enthusiastic support of a shrill, fairly dull, wonkish 74-year-old white-haired Jewish socialist from Vermont with a grating Brooklyn accent... (full disclosure: I'm a NY Jew)... who rants about income-redistribution, breaking up banks and free health care and college education for all. To borrow from my (also Jew) pal Dave, Sanders is that loud curmudgeonly uncle that you hope doesn't corner you on Passover to ask why you're dating a non-Jew, don't have children yet or chose art over medicine.

I hate to burst your bubble, but Bernie Sanders will never win a general election to become president of the United States. And it's highly unlikely that, after an expected victory in his neighboring state of New Hampshire Tuesday, he'll have any meaningful nomination juice. But if he did ever make it to the Oval Office he'd break your heart just as Obama did. He'll either cave under Republican pressure and/or shift to the center to compromise. And his "progressiveness" will quickly start to look like, well, the behavior of every other career politician who has to play the dirty game of politics.