I understand that terms like "fag" and "gay" are often used in a "joking" manner. When you use them, you probably don't do so maliciously -- and certainly not in a way to purposely offend or insult homosexuals. You, like many, may use the words without even thinking twice about it. Sometimes it just slips -- it's an easy, long since accessible insult. It's almost a habit, right? Well, even if this is the case, it doesn't make it okay.

First of all, let's start with the obvious fact that "gay" often doesn't even make sense in most contexts in which it is used to describe something or someone. Take for example when you are hanging around with your friends and you say something along the lines of, "Why won't you come out tonight? Stop being gay." There is nothing gay about staying in. You mean stop being lazy? Anti-social? Lame? Is there really no better adjective you can find in your brain to use -- one that is not only more politically correct but also more accurate for the point you're trying to make? 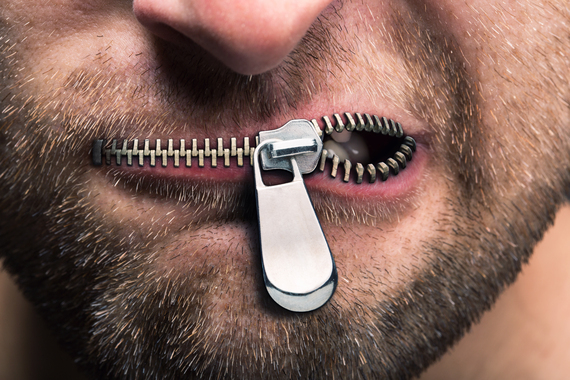 Justifying your use of these words by saying "I didn't mean it offensively," doesn't make it okay. Not only does it show ignorance, but it also shows a concerning lack of intellect. Yes, context is important.

But it's the implication behind it that is the problem.

If you are calling someone a faggot or gay, you are still using the term in a condescending, demeaning and often insulting manner. You never say, "This new guy I am dating is so fun and sweet! He always acts like such a faggot."

"But it's just a word!" Some people argue that by rejecting the word you could potentially give it more power, making it taboo or more controversial, and that they choose to use it as a means of "reclaiming" it. I am not suggesting you ban these words from your vocabulary; I am suggesting you don't use them if you are doing so with the intent to insult.

You don't get to impose your own meaning on words and use them on, or against, other people... at least not while holding the ignorant belief it will go without ridicule -- that the context you're using it in is excusable. You can't reclaim something without a thorough understanding of where it came from and the problem surrounding it. And the fact that you use it so carelessly leads me to assume you don't have that thorough understanding.

To you, it may be "just a word." If so, you are fortunate. A lot more fortunate than others who have a lot of pain and suffering tied to it. Sure, it's not a big deal to everyone, but just because it doesn't affect some people doesn't mean it isn't your obligation to care about who it may -- and why.

The best depiction of the problem with this word, and one that forever changed the way I view it, was a scene from comedian Louis C.K.'s show, Louie. The particular scene is of him and his friends playing poker, poking fun at their gay friend, and asking a number of questions about "gay things."

Louie asked him if he thought he shouldn't be using the word "fag" on stage during his routines. His friend responded by saying:

I think you should use whatever words you want. When you use it on stage, I can see it's funny, and I don't care. But are you interested in what it might mean to gay men? Well, the word 'faggot' really means a bundle of sticks used for kindling in a fire. Now, in the middle ages, when they used to burn people they thought were witches? They used to burn homosexuals, too. And, they used to burn the witches at a stake, but they thought the homosexuals were too low and disgusting to be given a stake to be burnt on, so they used to just throw them in with the kindling, with the other faggots. So that's how you get 'flaming faggot.'

... You might wanna know that every gay man in America has probably had that word shouted at them while they're being beaten up, sometimes many times, sometimes by a lot of people all at once. So, when you say it, it kind of brings that all back up. But, you know, by all means, use it. Get your laughs. But, you know, now you know what it means.

Be responsible. Hold yourself accountable. Pay attention to the words you use, the way you articulate yourself, and be aware of how the things you say may affect people around you. At the very least, take the time to understand the origin of a controversial term you use and the meaning it has for other people in our society before deciding not only whether or not you have the right to say it, but what feeling entitled to do so says about you.

You may not be homophobic. But saying you are "just joking" or only saying it to people who aren't gay doesn't absolve you of blame. You may not be able to solve the issue of homophobia in our society. But what you can do it make sure you aren't -- consciously or not -- contributing to it.