This is an open letter to all parents of premature babies from the mother of a micro preemie.

I'm sorry for judging your baby based on their birth weight, because it was much more than my daughter's weight at birth.

I'm sorry for judging your baby based on the number of weeks early they were, because my daughter was born much earlier than yours.

I'm sorry for judging your baby based on the length of their NICU stay, because my daughter spent more time in the NICU than yours did.

My derisive judgment came from a place of ignorance and pure fear. I was afraid of losing my daughter due to her extremely premature birth.

I now know that a preemie is still a preemie, no matter how big or small.

When my daughter, Joy, was born as a micro preemie at 23 weeks gestation in 2012, she weighed only one pound and four ounces (575 g). She was not even as long as a ruler! My husband's wedding ring slid up and down her leg with plenty of room to spare. She was the smallest baby I had ever seen and many of the NICU (neonatal intensive care unit) staff said the same.

There was another baby across the room that was also born at 23 weeks, and he was just slightly larger than Joy at birth (one pound and nine ounces). As time went by, his mother and I became great friends and together, we witnessed many babies come and go from the NICU, as our micro preemies remained in the same spot. While we were happy for the parents who got to take their babies home, we were secretly jealous at the same time.

Why did their babies get to leave before ours? They must not have been as "sick" as our babies because they were not as premature, we reasoned. 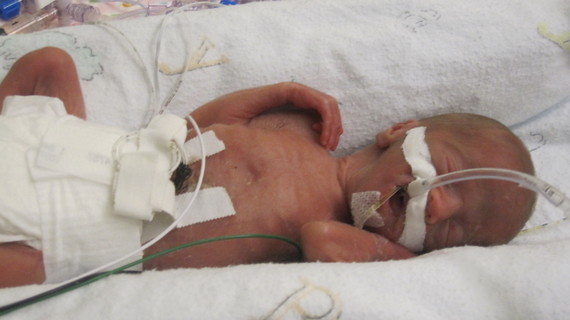 During the four months my daughter was in the NICU, other newborn babies were wheeled into the NICU, and some looked huge compared to my micro preemie. Many of them were considered premature, while others were full-term, but ill. Some were even breathing room air and did not require any breathing assistance. We called them "giant babies" and we did not take them seriously.

In reality, those giant babies probably only weighed between five and six pounds, but that was huge compared to our one-pound micro preemies!

I found myself being envious of these "regular" preemies and their parents, and I unfairly came to the conclusion that these babies were much healthier than my daughter. I often thought to myself that their parents had nothing to worry about -- at least not as much to worry about as us and the parents of the micro preemie across the room.

After all, Joy was born as a micro preemie at 23 weeks, and these other babies were just "regular" preemies. My daughter would spend 121 days in the NICU before coming home. I didn't get to hold her until she was over one month old. She had hundreds of X-rays, intubations, extubations, central lines, intravenous lines, feeding tubes, blood draws and transfusions, and major infections requiring high doses of antibiotics. These "regular" babies would not even endure a quarter of what my daughter did, so I was certain that their situation was not as dire as ours.

I am writing this apology to all preemie parents out there because my opinion of "regular" preemies changed while I was doing research for my book (From Hope to Joy: A Memoir of a Mother's Determination and Her Micro Preemie's Struggle to Beat the Odds) and I feel badly about my former opinions.

Yes, it is true that micro preemies have far more health challenges and complications than regular preemies, but no preemie is out of the woods, by any stretch.

I was reminded of this when the same mother I mentioned earlier -- who also had a micro preemie -- had another baby that was born at 31 weeks. This new baby girl was not as small as her micro preemie brother was when he was born, but she still had a very rough beginning. This "regular preemie" was one of those babies we would have not given another thought to last year, and would have called a "giant baby," yet she still spent months in the NICU and had to overcome her own obstacles before going home. And, her parents had to endure the pain of having another baby in the NICU.

"Regular" premature babies usually need some type of breathing assistance, are likely be fed through a feeding tube for some time due to a failed sucking reflex and are always at risk for infection due to intravenous lines, medical tests and contact with hospital staff. Premature babies are at risk of developing NEC (necrotizing enterocolitis). NEC is a devastating disease that affects the intestines of premature infants, where the wall of the intestine is invaded by bacteria, requiring major surgery or causing death. This risk is real and should not be downplayed by friends and family and us "micro preemie" parents.

I am happy to report that this new "regular" preemie is doing well and her prognosis is excellent.

I feel badly for my previous thoughts and I believe that every preemie is a miracle. We should never judge a book by its cover. Fear can cause a lot of emotions that would normally not present themselves and we should all learn to recognize that.

So, I would like to apologize to all of the parents of premature babies out there for not taking your baby's medical status seriously.

There are few things as upsetting as not being able to take your baby home from the hospital after birth, and there is nothing worse than watching your baby suffer through medical interventions in a hospital.

All preemie parents are scared to death of losing one of the most important things in their lives -- no matter how big or small their baby is or how long their baby is in the NICU.

Even one night in the NICU is one too many, and a parent will never forget how it feels

All premature babies are at risk for a variety of setbacks and infections and they all deserve the best medical care available and our respect.

A preemie is still a preemie! 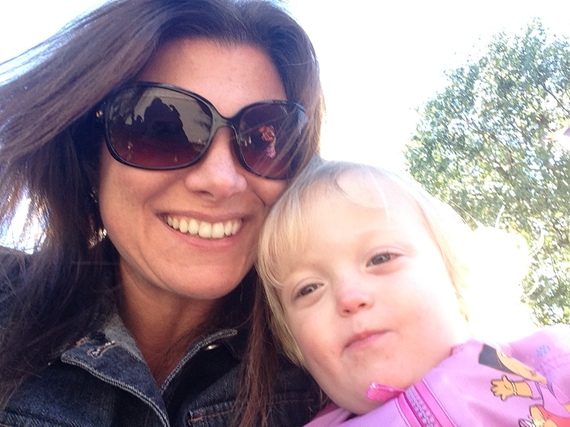 My preemie will be 3 years old in May and we are so lucky to have her!

Author of "From Hope to Joy: A Memoir of a Mother’s Determination and Her Micro Preemie’s Struggle to Beat the Odds"