Allow me first to congratulate you, the American people and all believers in liberty, equality and human rights all over the world on this remarkable occasion.

I can't seem to be able to restrain myself from saying how much I envy the American people on this day for electing their first ever African-American President; I say this because I happen to know the context of this achievement and the fact that the Civil Rights Movement started less than 5 decades ago.

We, the Arabs, on the contrary seem to be moving in the opposite direction on various fronts, and we, ourselves, are mainly to blame for our shortcomings.

However, sir, there is no question that mistakes and ill-advised policies implemented by previous US administrations have also had a huge toll on the saddening realities the Middle East continues to live with today.

I speak as one of many whose voices are not usually heard in traditional media; after all, I am not a religious extremist who pledges the destruction of 'The West', nor am I your stereotypical 'Angry-Faced Arab' who burns American flags and despises symbols of your culture.

On the contrary, I am what you call the 'Average Joe' of the Arab world and your country has thankfully invited me 2 years ago to tour it and learn of about its diversity and uniqueness as a State Department's International Visitor under the Edward R. Murrow Program for Journalists.

I am sure you will be happy to learn that I found Americans to be very hospitable and welcoming of their guests, a trait we also have in the Arab World.

On the other hand, many of the citizens of your beautiful country were amazed to find that us Arabs share the same passion for life and eagerness for progress; I was pleased to have left the US knowing that at least some of the people who now became my friends are aware that like any other culture, we too could be divided into 'The good, The bad and The ugly'!

I utilized my stay in the US to learn more about Edward Murrow and the history and achievements of American journalism; and while there were many arguments made about the role the American media is playing today, especially with regards to the Israeli-Palestinian conflict, I found it quite comforting to know that at least under the first amendment, one could really say anything one likes.

Based on all of that, Sir, I find myself at ease in writing this letter to you, hoping you manage to read it before your Blackberry is taken away and you start consuming media in the form of briefings, as I clearly don't think I am so important to make it into one of those.

All what I want to say, Mr. President, is that you bring a lot of hope to my region, and that people are counting on you to make a change for the better and to once and for all bring peace and prosperity to this very troubled part of the world.

We know that we shouldn't be expecting miracles, and that there are more pressing issues on your agenda, especially the economy which the whole world expects you to focus on for everyone's sake.

However, Sir, unlike myself... you are in no way, shape or form an 'average Joe', as of today you are leading the world's number 1 super-power, and you are doing this after winning a battle with preconceived ideas and racial barriers that you have managed to overcome.

I would like to assure you, Mr. President, that contrary to what many Americans might think, there is no hatred engraved in Arabs towards the US, in fact we have long praised your country for the true chivalry it showed in liberating Kuwait and standing up against racial cleansing in the Balkans.

Having said this, there is no question that the consistent support of Israel by consecutive American administrations upsets us; especially when Israel, a state that was created as a result of a UN resolution but remarkably leads the way in disobeying UN resolutions, continues to use its arsenal of latest American weapons and taps into he huge resources made available from your country to bring hell upon the Palestinians.

I ask you, Sir, not to subscribe to the argument that what is going there is a religious or cultural war, and that you stop this "doom's day" scenario from occurring.

The fact of the matter is that even though some parties on both side might like to portray it this way, the Israeli-Palestinian conflict isn't and was never a religious one; The Palestinian cause ever-since the era of the British mandate was a national one; Palestinians until today remain to consist of Muslims, Jews and Christians.

Even those who are burning American flags today, once held them in pride when your country was bringing hope of a better life; just ask your newly appointed Secretary of State, Mrs. Clinton, I am sure she remembers the warm welcome she and her husband, former US President Bill Clinton, received upon their historic visit to (the now devastated) Gaza in the mid-90s. (Please see the image below from AFP Archive which shows Palestinian kids preparing for Mr. Clinton's visit)

All we ask of you Americans, Sir, is a more balanced approach towards this conflict.

As you rightly said previously, Israel has a right to defend itself when its civilians are being targeted, and Hamas is surely wrong to be targeting civilian areas when it accuses Israel of doing the same.

However, does this give the IDF a right to kill more than a 1000 Palestinians, mostly innocent civilians who have already suffered from a humiliating 60 year occupation, in the few weeks that preceded your inauguration?

Again, no miracles are expected of you, Mr. President.

All what we can ask for is that whenever you repeat that Israel has a right to defend itself, it would be great if you could kindly also stress that the Palestinians have a right in re-establishing their own state.

On another front, we are happy to hear that you intend to withdraw US troops from Iraq. I do hope that you initiate some sort of a Marshal Plan for the Iraqi people, many of which live without the basics of life, jobs or hope for a better future.

I leave it here to you Mr. President, praying sincerely that you bestow some of the 'hope' you brought upon your own people to my part of the world, can you make this happen?... well, let us just say that my feeling is "Yes, You Can". 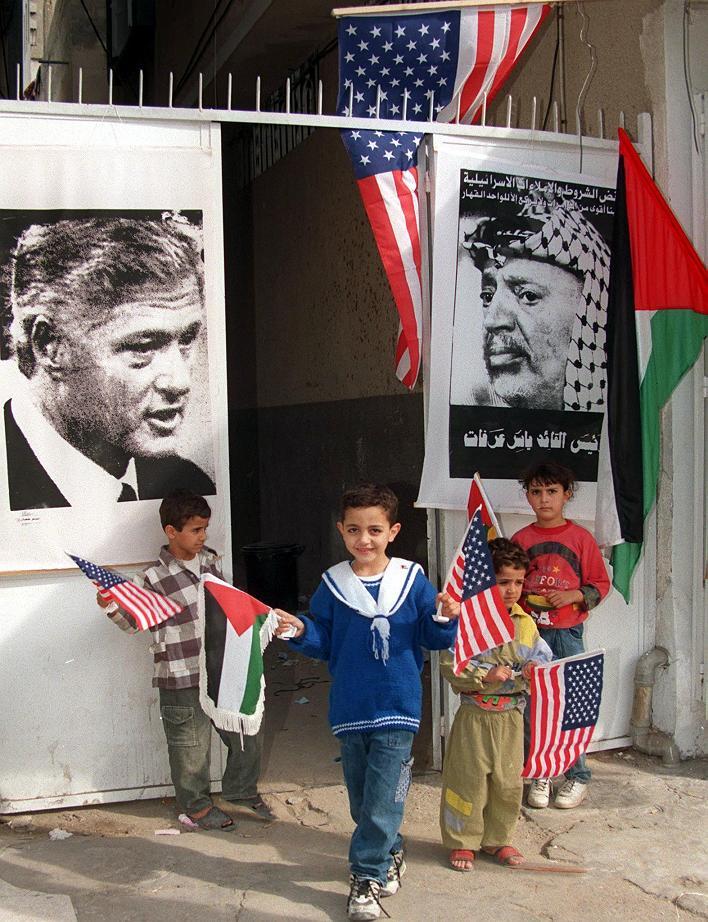