As much as a world leader, you are an international celebrity as a proud, buff dude. Millions who admire sportsmen have seen photos of you shirtless. There have been shots of you sitting tall in the saddle, commanding your steed, taking your well-deserved break from staggering responsibility.

(Many of us gay men and untold straight women would say that compared to most political heavy hitters, from Germany's Angela Merkel to our very own New Jersey Gov. Chris Christie, you're downright hot, maybe even a stand-in for Daniel Craig if you cracked a half-smile. But more of that stuff in a moment.)

You share a huge common link with our own president and his wife, who, in so many words, embody Vesuvius Man and the ancient Greek gods: the beautiful melding of mind and body. President and Mrs. Obama are letting their athleticism and health values serve as examples in countering the worldwide tide of obesity. You have to admit that Ruski vodka flows mightily in the well-publicized battle of alcoholism that tarnishes your national pride.

How wonderful that the Russian city of Sochi is hosting the 2014 Olympic Winter Games, a monumental declaration of the importance of physical fitness, all the more enhancing of your own self-esteem. You obviously concur that the human race is not propelled forward by couch potatoes. It is a sterling moment for Russia and your role at the helm, political differences aside. Athletic achievement is something that we can all celebrate. 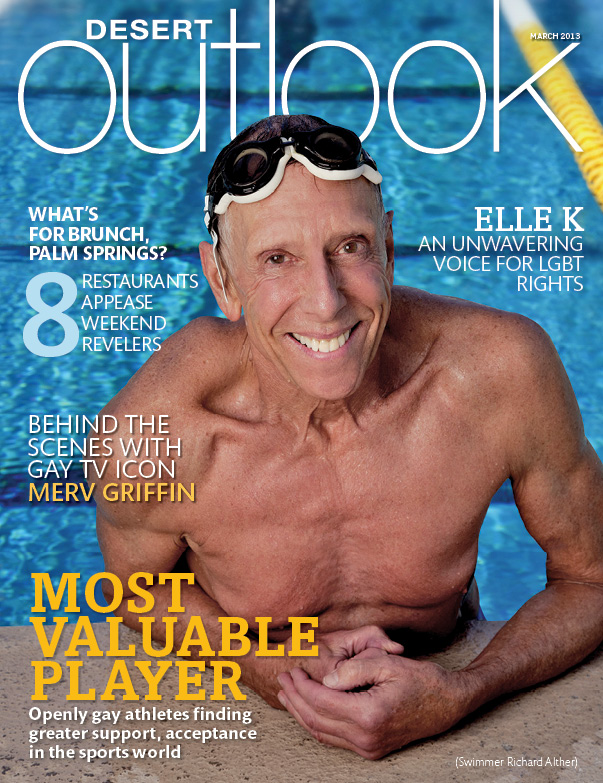 Allow me to review my own credentials for the gall of writing to you personally. Mine is a history of "revenge of the nerds." I'm a lifelong bookworm/egghead/intellectual/dork (I'm sure there are several fitting Russian variations) who, in my mid-40s plunged into championship swimming. Sure, I had the potential build for it (a "swimmer's build," as we say in the gay trade; more of that in a moment), but it took me many years of training to reach the top 10, nationally, in my age bracket. You likely know that split seconds separate winners from also-rans in this business. It takes the head -- extreme mental agility -- as well as muscle to power to victory, which is true in every sport.

Brawn does matter. I began competing against men 50-plus pounds bulkier than I who had once led teams at Harvard, UCLA, the University of Texas and the like. In middle age they were like atomic submarines compared with me. Yet I wound up with four gold medals and a silver at the Chicago Gay Games, in a field of 1,700 swimmers from around the world, the number who compete, as had I for years, in our U.S. Masters Swimming national championships.

Are you still with me, sir? Did I lose you with the "gay" bit? Let me explain. Love it or hate it, since time immemorial, there is likely one guy or gal out of every 10 who is gay. Lots of former Olympians compete in Gay Games. And -- finally getting to the point -- lots of gays compete in the Olympics.

Now, we're not asking to wear pink Speedos in the pool or basket-prominent leotards on the track and field. We simply want to strut our stuff (sound familiar?), which is sheer, bloody perseverance and skill at our sport. We want our family and friends to wave us on. OK, one or two could possibly, unintentionally, be wearing a Queer Nation T-shirt, now a violation under your law.

And yes, since so many of our American gay brothers and sisters have children who could be hiked up on shoulders, cheering from the sides (whoops, a little tyke could possibly be wearing a Free the Pussies T-shirt), it would be a shame to arrest them, let alone deny the athletes from same-sex-marriage-sanctioning nations the privilege of participating in the first place.

I know there's a lot of finger-shaking at you from outside Russia for your recent anti-gay edicts, while within your country four out of five people agree with you that gays are "pedophiles" spewing "homosexual propaganda as pornography."

You're well aware that this summer, a young gay man in your city of Volvogrod was beaten, his dead body slashed with broken beer bottles, his clothes set on fire, and his head crushed in with a rock. Many call this a backlash to advancing civil rights for LGBT persons.

But President Putin, you are not alone! Russia must not be vilified. We're in a seismic revolution after centuries of repression. In New York City, also this very summer, a random gay man was shot to death, point-blank in the face, on a populated street, the attacker screaming "faggot."

Just read some of the online comments following the horrific Boston Marathon bombings in the U.S. of A.:

Well, you and I know darn well that this is scapegoating, anger at whatever curdling into venom, with a minority as convenient dumping grounds.

Sometimes I can't believe so much of the globe is mired in the Middle Ages because I (and my husband! and my daughter! and our grandkids!) live in Vermont, the state that brought you the first same-sex civil unions. And according to new research from San Diego State University, same-sex relationships in Vermont "demonstrate higher levels of satisfaction, sexual fulfillment, and happiness." Uh-oh! Unlike your apprehension that our unholy coupling will lead to smaller families and less breeding, boy, over here there's an explosion of adoption of otherwise beautiful, unwanted children by former misfits like me. (Actually, my daughter is my very own from my first, conventional marriage. Sorry to rub it in.)

So what do you say, Vlad? (I think we've gotten sufficiently well-acquainted to be on a first-name basis.) Loosen up. Lay off the literal bully pulpit. We all know you're a macho man, which can be cool. Show that it takes a real man to treat others -- meaning everyone -- with grace, compassion, and respect.

My third novel, The Scar Letters, dealing with the roots of homophobia via a hate crime, was just published in September by Centaur Books, Chicago. For more, visit thescarletters.com.