In November of 2011, the Human Rights Foundation invited Dr. Chee Soon Juan -- one of your well-known critics and one of Singapore's most visible opposition leaders -- to speak at the 2012 Oslo Freedom Forum, taking place May 7, 8, and 9 in Norway. The forum is an annual gathering for promoting democracy, human rights, and justice.

Yesterday, we learned that Dr. Chee's application to leave Singapore to participate at the Oslo Freedom Forum was "not approved." I enclose a copy of an April 10 missive from Lydia Loh of the Insolvency and Public Trustee's Office -- an agency of your government -- denying Dr. Chee permission to exit Singapore and travel to Oslo.

Your government's travel ban on Dr. Chee is but the latest in a series of instances where he has been penalized for criticizing Singapore authorities. 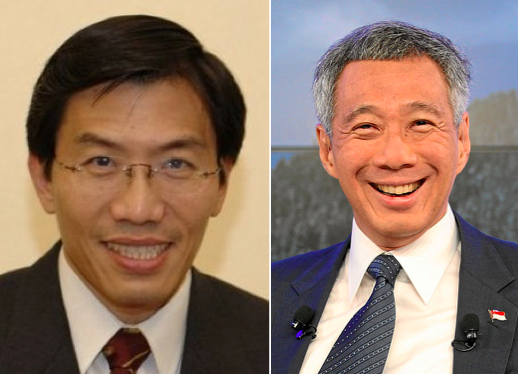 In 1992, Dr. Chee began his political career while still teaching at the National University of Singapore (NUS), joining the opposition Singapore Democracy Party (SDP). In 1993, after running an unsuccessful SDP campaign for a parliamentary seat, he was charged with misuse of research funds and fired by the head of his department at NUS, who was a member of the ruling People's Action Party (PAP). Dr. Chee argued that the charges were politically motivated. In return, three university officials sued him for defamation, obtaining a judgment of U.S. $350,000 in damages. Instead of declaring for bankruptcy, which would have prevented him from standing for election, Dr. Chee paid the sum by selling his house and possessions.

During the 2001 general elections, Dr. Chee questioned an alleged multi-billion dollar loan offered by the government of Singapore to the Suharto government of Indonesia. In return, Prime Minister Goh Chok Tok brought legal proceedings against Dr. Chee for defamation, as did your father, former Prime Minister Lee Kuan Yew, at that time senior minister. Dr. Chee was convicted and ordered to pay $350,000 in damages. Unable to pay this fine, in 2006 he was declared bankrupt, barred from standing for elections, and forced to seek government permission to travel overseas.

During the 2006 general elections, you and your father brought more defamation charges against Dr. Chee, this time for an article printed in the SDP newsletter, implying corruption in your government. Dr. Chee was convicted of libel and ordered to pay you and your father $416,000 in damages.

These are just three of the most prominent cases where Dr. Chee has been penalized for criticizing the government of Singapore. In the last 20 years he has been jailed for more than 130 days on charges including contempt of Parliament, speaking in public without a permit, selling books improperly, and attempting to leave the country without a permit. Today, your government prevents Dr. Chee from leaving Singapore because of his bankrupt status.

A general travel restriction aimed at preventing a bankrupt individual from defrauding creditors may be legitimate. However, in this case, the travel restriction against Dr. Chee is aimed at further curtailing the freedom of expression of an opposition leader. It is our considered judgment that having already persecuted, prosecuted, bankrupted, and silenced Dr. Chee inside Singapore, you now wish to render him silent beyond your own borders.

Singapore is bound by the Universal Declaration of Human Rights, which is widely regarded as customary international law. Article 19 of the Declaration states that "everyone has the right to freedom of opinion and expression; this right includes freedom to hold opinions without interference and to seek, receive and impart information and ideas through any media and regardless of frontiers." According to the United Nations Special Rapporteur on Freedom of Opinion and Expression, while this right is subject to legitimate regulation, any restrictions on this right "must be clear, unambiguous as to the specific type of banned expressions, and proved to be necessary and proportionate, so as to prevent abuse for purposes beyond their intended purpose."

Along those lines, the Special Rapporteur has stated that defamation and libel laws should recognize that public figures have less protection from criticism than do private figures, that these laws should never be used to prevent criticism of governments, and that "the standards applied to defamation law should not be so stringent as to have a chilling effect on freedom of expression."

While freedom of expression is theoretically guaranteed by Article 14 of Singapore's constitution, your government imposes illegitimate restrictions on this right via the systematic and targeted application of the 1957 Defamation Act and Section 499 of the Penal Code against independent media and opposition leaders. In sum, the Singaporean government's major convictions of Dr. Chee violate international law, and enforcing a travel ban on him further enforces this violation.

We request that your government reconsider its travel ban on Dr. Chee and, in the spirit of human rights, allow him to leave Singapore for four days to participate in the Oslo Freedom Forum.

Dr. Chee would need urgent clearance, as he needs proper travel documentation from you to depart Singapore on May 6. Norway does not require Singaporean citizens to have entry visas. We have booked his return flight to arrive back in Singapore on May 10.

By allowing Dr. Chee to join us, you would send a message that your government is willing to allow its most well-known critic to participate in international dialogue.