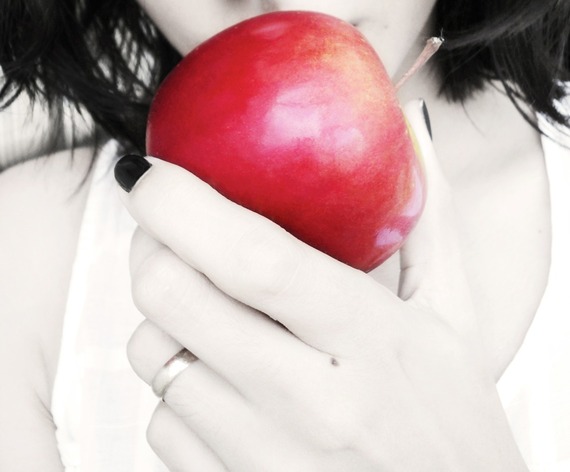 Thank you for reaching out to me.

I expect you got wind of my recent open letter to Cinderella, and that's why you got in touch. While I was sorry to hear about your marital troubles, I'm simultaneously honored to be of service to the original Disney princess (and the star of the first ever animated feature film), and of course I'm happy to assist you.

(Also, many thanks for allowing me to do so in this public form of address. As you so aptly pointed out in your letter, perhaps indeed there's something in it that can be of use to others in a similar situation.)

This is my understanding of the situation, Snow White: you are a cheerful, nurturing, positive woman whose extreme naivete has essentially led you down the garden path with a partner who was perhaps never set up for the domestic life you love. Beyond this, you're in an even more precarious position because you have a family of little ones to consider, that is, the dwarves.

The dwarves are central here. It seems many have misunderstood your relationship with the dwarves, seeing you as a bit of a house-wench when in fact you have been for all intents and purposes their mother figure. You say this remained through the first years of your marriage to the man we'll simply refer to as The Prince, that in fact early in your marriage he was not only an excellent father to the dwarves, no easy task when some of them were twice his age, he even legally adopted them as his own children.

However, as your marriage deteriorated, so apparently did The Prince's investment in your family, and now you feel you would all be better off to return to the way things were before you awoke from that fated coma to find The Prince attached to your face. In other words, you want a divorce.

Now you need to ensure that if you get this divorce, you'll have the resources to continue looking after the dwarves, and to do so as the primary caregiver.

Here is my advice to you, Snow White.

Lesson 1: Be certain you're the more capable parent.

When it comes to getting custody, the primary concern of the court is going to be the best interest of the child. In short, which parent is the better parent? Your first job is to make sure that you are, in fact, the better parent.

Now, Snow White, I can see with you that this is certainly the case. Your recounting of the recent occurrence of The Prince coming home drunk after two many tankards of mead and challenging Grumpy to a duel for allegedly staining his tights, which ended in fisticuffs--well, I took your hint that this wasn't the first time, and surely won't be the last. This alone suggests that it's you, rather than The Prince, who is more suited to look after the dwarves.

So too does your assertion that the care of the dwarves, in particular Dopey with his special needs, fell almost entirely to you. The truth is, YOU were the one who got up every morning and sang the dwarves awake. YOU were the one who packed their lunches for work, did their laundry, and cleaned up after them as well as after The Prince. You waited and waited for your prince to come, and when he arrived, he turned out to be less of a rescuer than he was an addition to your daily chores; you have had the equivalent of seven children (or seven husbands), a position few would envy.

Since you've been doing all the heavy lifting, Snow White, you need to be ready to remind the court of that, over and over.

It's important to understand that, by taking on the majority of the domestic duties in your home, including caring for the dwarves and The Prince, you effectively sacrificed your prime earning years, decreasing your lifetime earning capacity in a way that is unlikely to be rectified. In short, you're never going to get those years back, and as such you will have to get on the career ladder at a lower rung, later in life, if indeed you can get back on at all.

You will never be able to make the income that you would have made, had you not married The Prince. As you yourself pointed out, when you met The Prince you were well on your way to earning an online Master's in Counseling, and only stopped your studies at his request that you "relax and focus on domestic duties" instead. Had you continued, at this point you would likely be financially independent. But because The Prince insisted you didn't need a profession, you gave up your earning capacity.

As such, in your divorce you ought to be compensated for your sacrifice in the form of alimony, just as The Prince's practical contribution to the dwarves' welfare should be accounted for in the form of child support. 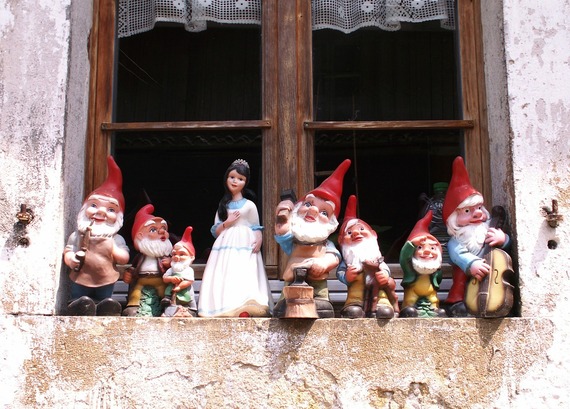 It has to be said, Snow White, that while your innocence and grace have made many fall in love with you, unfortunately these attributes have to take a back burner in the coming months. Indeed you have to develop just a pinch of the main thing you lack, that your wicked stepmother had in spades: that is chutzpah, Snow White, in common usage, which in reality usually simply means a willingness to stand up for your own interests.

As I see it, Snow White, you haven't been so great at doing your own PR so far. Now it's time to buckle down and stand up for your character, and you will probably have to do this by contrasting it, in court, to the deficiencies in your partner's character. We've discussed the things you should highlight that you've done right. What about what he's done wrong? It will feel a bit vulgar, but trust me, don't be Bashful.

Consider the case of Shrek. He wasn't the best father figure, as it turned out, and the messy divorce between him and Fiona was made so mostly by what came out about his parenting: everything from his lack of basic hygiene to his tendencies to disappear for days to the infamous driving around with a baby in his lap. As a result of the unpleasant coming out of these details, however, Fiona got custody of their children and rightly so.

It's also worth mentioning the uncomfortable historical details around how The Prince "rescued" you from your coma, when you were fourteen and he was a ripe thirty-six. Allowed in fairytale times, this isn't going to fly as normal in the New York courts. And while we're on the subject, it's also to be considered that The Prince, back on that day, effectively came across what would have appeared to be an attractive corpse in the woods--that being you--and started making out with it. This raises another red flag, this one more related to his mental health and perhaps odd sexual habits.

I'll help you be at the ready with everything you feel can and should be used, Snow White, to show who The Prince really is.

Lesson 4: Be prepared to argue for limited visitation, if you so wish.

While I think you'll have no problem getting custody based on the above, the rights of The Prince to visit the dwarves and continue to be a part of your lives, will be the next issue to resolve.

It's my guess that The Prince will argue for visitation rights. While he might not care about visiting Grumpy, but he will certainly, it sounds like to me, argue for the right to see Happy, Dopey, Bashful, etc., based on what you've said about their mostly pleasant relationship. And he is likely to get visitation, because he is a legal guardian of the dwarves at the time of your divorce.

Visitation can range from short, supervised visits to weekend-long visits with the non-custodial parent; to keep this on a tight rein, you'll need to be prepared to argue against The Prince's capacity as a parent. What you want to do is keep the visitation minimal and under your control--and you can potentially allow more, when and if it suits you.

Snow White, here is the bottom line, as I see it.

In terms of custody, you're in a great position; you're the better parent.

In terms of alimony, you're also in a good position. So too for child support. With The Prince's considerable financial assets, you can hit him hard.

Maybe that makes you feel guilty, but frankly, you've put up with more than your fair share of hardship. Just because you took a bite of the proverbial apple when you married the The Prince, doesn't mean you should be punished indefinitely; there must be a statute of limitations on kissing someone out of a coma, and my sense is that your debt is well paid. At this point, you shouldn't be left without adequate and deserved financial support for yourself and the dwarves.

I'm ready to get you what you deserve, and trust me, it's a lot.

I urge you to be ready to combine your wholesome work ethic (that has doubtless been the first inspiration for what are now literally thousands of single mothers) with a dash of your stepmother's poison ... The big lesson here, Snow White? Don't be afraid to let your chutzpah show.