At 4:00 am I turned on Color Crew. I had been up all night with "The Vandals" our two and four-year-old sons. I finally gave up and put them on the couch. We ate pop-tarts and drank coffee.

Don't start with me. We were out of juice and milk, and they were thirsty. I gave them decaf. It was that or margaritas, and I am saving the margaritas that for nap time.

They wanted to watch Color Crew; I just wanted them to be quiet.
At 5:30 am my husband wandered in with our 6-month-old. He plopped down next to me. We exchanged grumbles about the life we have carved out for ourselves. You see, we have been doing this for 20+ years: by choice. We have four biological children 20, 17, 16, and 13. We thought it best to push the limits of humanity and try foster care and adoption.

After 30 minutes of the Color Crew, my husband began convulsing and ranting "what are they saying? Are those words? What? Wait? I can't understand them!?!?!" He ran into the bathroom screaming profanities.

He left for work without ever coming back into the family room.

At noon, he came back to investigate. I wasn't answering my phone, and he got worried. He found me in a puddle of a combination of my pee and the children's. We were in some trance.
He threw cold water on us and broke us out of the subliminal fun house and the Color Crew's diabolical plan to take over the government. 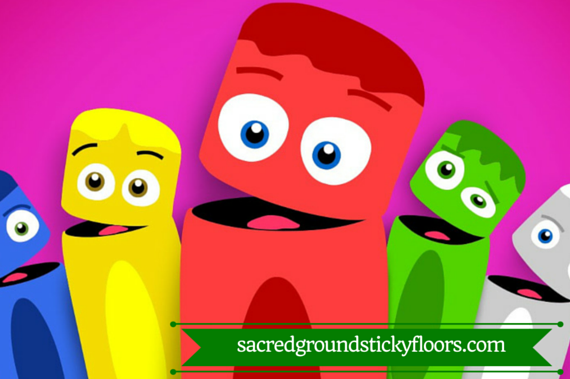 I wondered, later that day when I was able to form sentences and I regained control of my limbs and bladder, why the Color Crew's mind games couldn't be used for good instead of evil? Like if you are going to brainwash people make us not want to eat carbs?
I decided to do some research. I put a shout out on Facebook to a large mommy group. I wanted to know, how many of you have been sucked into this paradigm of toddler theatrical hell? And how many of you had a single brain cell left?
I am proud to say; you may have taken much of our time Nick Jr., Cartoon Network, Baby Channel, Disney, and the rest of you sorry S.O.B's... but we are still in here. Here are the questions we have for you. 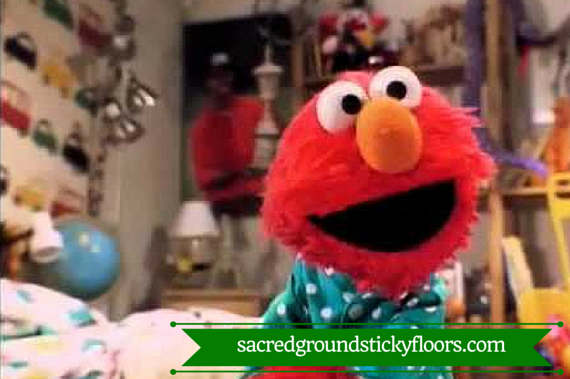 1. Why can young Dora wander so far from home? That creepy troll under the bridge is obviously a registered sex offender.
2. Why don't Caillou's parents beat the snot out of that whiny brat?
3. Why did the bubble guppies cancel a baseball game because of rain?
4. Furthermore, when a bubble guppy gets stuck in a tree, they call the fire department...
a. Why do they have a fire department?
b. Why can the guppy not just swim out of the tree?
5. Why don't the town's people on Paw Patrol elect a new mayor... that is not completely worthless?
6. Where is the freaking ding dang chicken?
7. Did the man in the Yellow Hat have to potty train curious George?
8. Why can Goofy wear clothes and talk and Pluto is just a dog?
9. Why does Mickey wear only pants and Donald only wear a shirt? Unless they go swimming, and then Donald wears swim trunks?
10. Who in the world put Ruby in charge?
11. Why is Ruby such a witch? 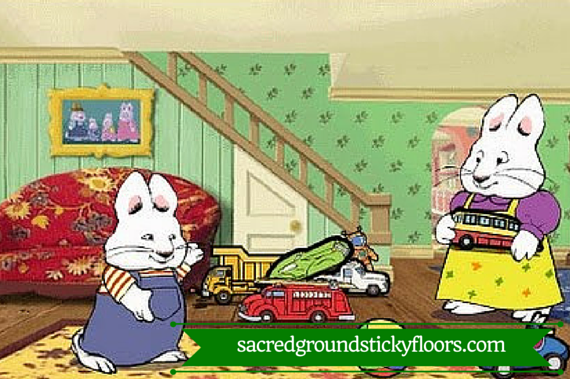 12. Why don't PJ Mask's parents care they are out fighting crime after dark?
13. Where are Romeo's mom and dad while he's wreaking havoc on the town?
14. Does everyone think it is hilarious that there is a character named Beaver on Little Bear?
15. Why does Mini Mouse have a pet cat, smaller than her?
16. Why can Sponge Bob have a camp fire and grill crabby patties underwater? And why are his pants called square, clearly that's a rectangle?
17. Would anyone ever really eat at a place called "Krusty Crab"?
18. Why is Mr. Crab's daughter a whale?
19. Is piglet wearing a pink swimsuit or is that just his skin?
20. Why is Franklin named Franklin and everyone else is named after their species?
21. Why does Little Bear have to be such a goodie goodie, can't he lose it just once it Target to make it more believable?
22. Why isn't there a clinical psychologist on Sesame Street? Clearly The Count, OCD, Cookie
Monster: binge eater, Big Bird - Schizophrenic that talks to an imaginary elephant...
23. Dino Train - who in their right mind would adopt a T-rex?
24. Why is it okay for Manny the Handyman to offer the children his fruity nuts?
25. Are Shaggy and Scooby stoned? Still? 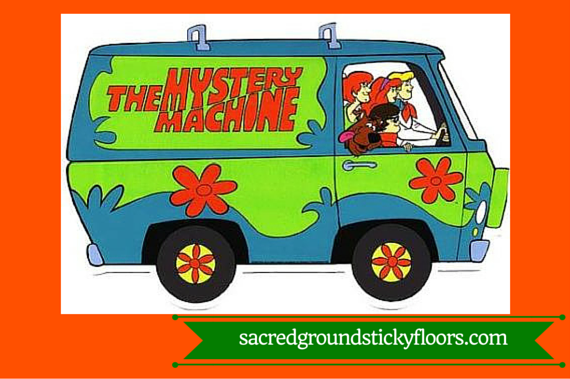 26. Why is there a piece of bacon on the new Veggie Tales?
27. Why is Jake and the Neverland Pirates behavior we would encourage in our children, pirate are not role models.
28. Why can Oswald the Octopus live on land?
29. Why can Oswald talk and his pet wiener dog can't?
30. Can we have more dance break on the Octonauts... it is all we have to look forward to?
We are still in here. Try as you may contain us, brainwash us, we are still in here. We still produce viable thoughts. We still cry when Bambi's mom gets shot, and we can't fathom the long road ahead of a motherless Dumbo. Speaking of, what is up with that Disney? You think you can intimidate us with the threat of an obsolete mother figure in every single one of your films? You don't scare us with your motherless agenda. We are still here... and we are still watching.
Special thanks to the Facebook Mommies at MOMMYPOWER ERRDAY #world's okayest mom! Y'all rock!