Over the last few days, I've seen several letters to Dan Turner, the father of convicted rapist Brock Turner, but as a mom to a boy I keep thinking about Carleen Turner. As a woman, I find it hard to believe that she hasn't experienced some form of rape culture in her life. I want to know how she's planning to aid her son in making amends. I decided to write an open letter to Mrs. Turner on Monday. 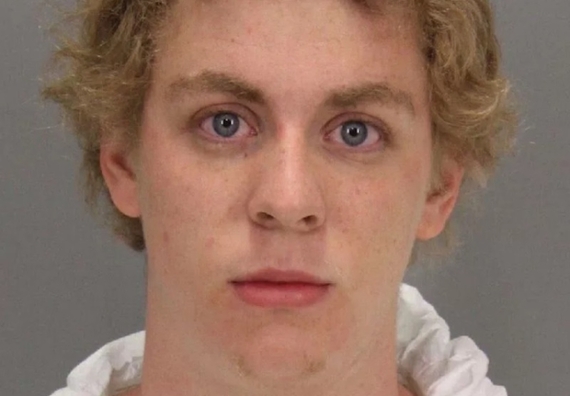 Before I share that letter, I want to be clear that I am in no way blaming Mrs. Turner for her son raping a young woman. I am simply asking her to guide him on a better path now.

As you're well aware, last week the world learned that despite your son being convicted of three counts of sexual assault, he would only be sentenced to six months in a county jail, despite these charges carrying a minimum six-year sentence. Judge Persky thought that any longer jail time would hurt your son emotionally. In a letter asking for leniency your husband said that it was a "steep punishment for 20 minutes of action." It's no wonder that the Internet is now abuzz with the absurdity of both statements.

After reading the victim's statement, the Internet is also abuzz with the real pain and damage that rape culture causes in our society. As I read her statement, I kept thinking what Brock's mother must think of this all. See, as a fellow boy mom, one of my fears is my son one day committing a heinous crime. I work daily to make sure that I am raising him to be an upstanding citizen and advocate for others. He's only 4-years-old, but we've been teaching him about consent since he was roughly 6 months old. As a victim of sexual assault myself, I never want my son to be the one inflicting this type of physical and emotional pain on someone else. Yet, I know the realities of him living in a society that doesn't always hold young boys and men accountable for their sexual behavior. I also know that we send mixed messages about what consent truly means. Although, I'm raising a young Black boy, so I'm sure his punishment would've been more severe, but I digress.

As I said, when I read the victim's statement, I kept wondering, what you might be thinking while listening in court. My immediate thought was to disown him, but like you, I love my son more than life itself, so I needed to be a bit more realistic.

First, I'd encourage him to take responsibility for his actions. There would be no hiring of an expensive lawyer to concoct an impressive story for the jury or muddle the victim's past. Part of being an adult is taking responsibility for your actions without blaming them on anything or anyone else.

Second, I'd accept his conviction without seeking an appeal. I'd accept his prison sentence without question or the expectation of a reduced sentence. This models the behavior of accepting responsibility for his actions that I mentioned earlier.

Third, pay restitution. No matter what sentence he received, I'd make sure my son spends the rest of his life giving back to sexual assault victims. I'd encourage him to spend his life talking to young boys and men about the time he spent 20 minutes sexually assaulting an unconscious young woman and the lessons he learned. He would dedicate his time to making sure young men know what it means for everyone to be in charge of their own body.

Finally, I'd make sure he provided the victim with a sincere apology. Not one that blames the drinking they both engaged in that night. As the victim so eloquently stated,

"...you were not wrong for drinking. Everyone around you was not sexually assaulting me. You were wrong for doing what nobody else was doing, which was pushing your erect dick in your pants against my naked, defenseless body concealed in a dark area, where partygoers could no longer see or protect me, and my own sister could not find me. Sipping fireball is not your crime. Peeling off and discarding my underwear like a candy wrapper to insert your finger into my body, is where you went wrong."

Brock owes this young woman a sincere apology that expresses the remorse he feels for raping her and leaving her with fear that will plague her for the rest of her life.

Mrs. Turner, I know that parenting is difficult and people will always judge us for something. But, when we chose to bring children into this world, we accepted the great responsibility of nurturing them into upstanding citizens. I know that in the end we have no control over the choices they make and that you are not to blame for him raping a young woman that is all on him. However, it is still our responsibility to hold our children accountable for their wrong doing instead of paying as much money as possible to make it all go away. It will never go away for his victim and I'm sure that somewhere deep down you will never stop asking yourself how you raised a young man who not only could commit such a crime but who couldn't be bothered to sincerely apologize. The latter is the one thing that you truly can influence at the moment.

I often tell people that I became a stronger feminist after having a son because I knew that he would have access to privileges based on his gender and could hopefully one day change the world for girls and women in ways that I can't. As moms of boys, it is our duty to make sure our sons do not continue to perpetuate rape culture. It is our duty to call them out on sexism and misogyny. It is our duty to hold them accountable for their behavior. It is our duty to make sure that we're doing everything in our power to ensure that our sons are the Swedes on the bicycle who saved that young woman and not the one hurting her. And if for some reason that we can't understand our child is the one hurting the young woman, that we guide them to take responsibility in the end.

A version of this post originally appeared on Mamademics.

Danielle Slaughter is the voice behind Mamademics, as well as the creator of Raising an Advocate, where she shares resources and offers courses on social justice advocacy in parenting. If you're interested in raising the next generation of social justice advocates, sign up for a course here. You can follow her on Facebook and Twitter.

More:
parenting advicebrock turnerParentsrape cultureDan Turner
Newsletter Sign Up
Raise the kind of person you'd like to know
Subscribe to our parenting newsletter.
Successfully Subscribed!
Realness delivered to your inbox