Twitter is ablaze with angry troll tweets about how Carrie Fisher (a.k.a. Princess Leia in the new "Star Wars" movie) has aged in the decades since the first "Star Wars" movie was released in 1977. You say she looks fat and old now.

I have this to say to you: Stop it, you stupid, ignorant young idiots. Carrie Fisher was in her 20s when she wore the Princess Leia sex-slave metal bikini in the original "Star Wars" movie. Most people will not have that body ever, and no one has that body three decades after they were in their 20s. 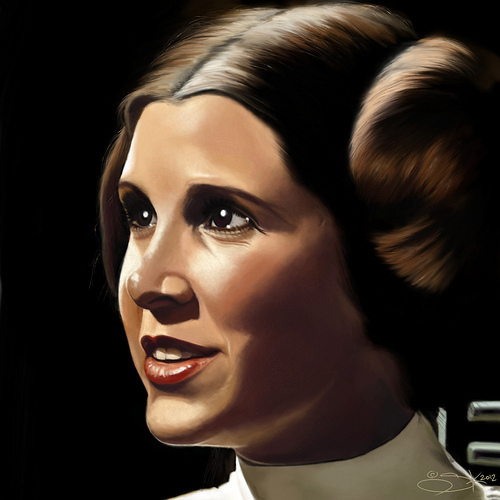 So why express your disappointment at her appearance in the new "Star Wars" movie when she is close to 60 years old? Do you have any clue as to how you will look when you are close to 60 years old? Do you think you will have a small waist, sculpted abs and a general lack of body fat or wrinkles decades from now, just because you want it to be true?

So shut up, please, about how Carrie Fisher looks old or heavy. All of you will look older and no doubt heavier many decades from now, as well.

Stop the fat-shaming and age-shaming. Anyone who lives long enough to reach middle age or older will be beset with the internal and external manifestations of a life well-lived, and a body that shows the unfortunate realities of aging.

Hopefully you will appreciate this message when, decades from now, you have lived beyond your attractive youth. If you are that lucky.