Please accept my sincere congratulations for having Donald Trump as your present frontrunner and, after Tuesday, likely presidential nominee. You've worked so very hard to get him here, and I applaud you for your efforts.

Just imagine, if you folks had not spent decades motivating Americans to think more about themselves than their neighbors, teaching them that it's OK to subvert democracy and the Constitution in the name of establishing an Evangelical religion throughout the land, and using the rhetoric of hatred and singling out the other, Donald Trump -- who embodies the heart and soul of the intolerance you've helped stir -- might have never come this far.

Thank goodness you've been targeting gay families, persistently painting them as lesser than their straight counterparts. How wonderful that you oppose marriage equality to this very day, fanning the flames of intolerance that a man like Donald Trump can thrive on. Sure he seems somewhat nicer to gay people than the rest of you -- though he might help you out by trying to repeal marriage equality too -- but you've done such an exemplary job in programming Americans against one group of people that it's no wonder that Trump can do the same against Muslims. And Mexicans. Let us also not forget the anti-sodomy laws still on the books in defiance of the Supreme Court decision in Lawrence v. Texas and the antidiscrimination laws against LGBT people that you refuse to pass. Bravo! 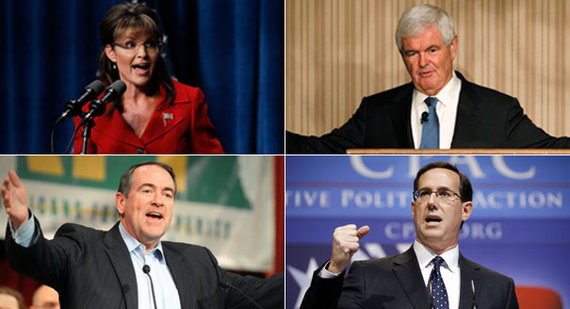 Of course, we have to understand that this all happens because you have also spent so much time reminding us that we are a Christian nation, specifically of Evangelical Christians. Good call ignoring the Constitution, which prohibits the establishment of a state religion. When we elevate ourselves and our values above other people's it becomes all the easier to ignore everyone else and do what is only best for us. Now we have Donald Trump, a man you folks have said will also behave in an unconstitutional manner, to keep all Muslims out, "grab, grab, grab," and further eviscerate our democracy.

Let's not forget the poor either. How right you have been every time you've decided that they really don't need funds for Medicaid or other social services. It's so great that so many of your governors cut those budgets and refused to accept Federal monies to fund programs. After all, it's so obvious that all we really need to help the poor is to give more tax cuts to the ultra-rich so they can move more of their wealth overseas. I am so grateful that you are a pro-life party when it comes to birthing life, but not when it comes to living it. The anger you've helped create has very much helped Trump, so again I must congratulate you.

I could go on and on about your many other accomplishments, but I think you get the drift. Thank you for all of your hard work in making America a place where different politics automatically equal different values, resulting in the anger and discord that makes a Trump presidency so likely. Thank you for ignoring issues vital to our economy, health, and education in favor of stirring up social issues that have split us into red states and blue states. How wonderful that your previously most popular politician, Sarah Palin, has endorsed Donald Trump for president. You have not only done a great service to your party, but to the whole of America.

An earlier version of this post appeared on Daniel Davidson's blog, Pulse of My Nation.