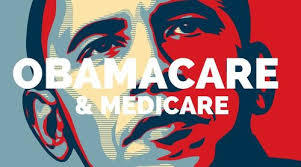 You voted for Donald Trump. One of the reasons was his vow to "repeal and replace" Obamacare day-one. Well, it's now day-26 and not only is there no repeal, Trump himself now says the replace part won't come until at least year-end or next year. That's if it comes at all. And for that you should be extremely thankful, because losing this critical healthcare program could be devastating to you.

I know, I know...it was a lot of fun to attend those rallies and scream "Mexico!" when Trump asked "Who's gonna pay for the wall!?," and to cheer gleefully when he'd say Obamacare's gotta go because it's a "total disaster."

But do you even understand what the hell Obamacare is? How it stops insurance companies from screwing you? How it keeps you healthy and protects you and your children from situations that could ruin you financially, or kill you? That even if you currently have your own health insurance (through your employer or on your own) you are benefiting tremendously by it? Given that 35% of you think Obamacare is different from the Affordable Care Act (hint: it's the same plan), I'm not so sure.

The New York Times in a recent article reported that as much as half of Republicans surveyed did not know that the ACA would be repealed if Obamacare was repealed; 40% didn't know they'd lose Medicaid and/or private insurance subsidies; while a third said nothing would happen to ACA's subsidies under repeal. The level of misinformation is stunning.

So let's make this as simple as possible. A few questions for you:

If you answered "yes" to these questions, then you should love Obamacare because it ensures all of these benefits and protections. Why on Earth would you want it repealed? Especially when Republicans have offered you absolutely nothing in its place that would, as they've promised for six years now, make it 'easier, better and cheaper.'

Trump and Republicans have so shamelessly conned you into thinking that Obamacare is bad for you. That it's nothing more than a government handout to minorities and undocumented immigrants. That the premiums are too high. That it's hurting the economy and job growth. They never tell you about the above benefits though, do they? Don't fall for their bullshit. Their 'repeal and replace' frenzy is rooted in an intense hatred of Obama and their desire to erase his legacy, especially his signature entitlement program. Fight for what you're entitled to. What Democrats have given you.

We keep hearing about how 'angry' you guys are. But you should be downright furious with your Republican leaders, who have blatantly lied to you about Obamacare. Lied about its benefits, its success, the difficulty in replacing it, and how you'll lose 'bigly' if it's repealed.

Do your homework, people. You really need to better understand what you are so vehemently opposed to. I suspect that once you figure out just what Obamacare means to you you'll be fighting like hell alongside Democrats to save it.