Re: Documentation of continued dispersant spraying in near shore and inland waters from Florida to Louisiana (despite contrary claims by USCG and BP) and documentation that dispersants made oil sink

During the August 25 Dockside Chat in Jean Lafitte, LA, it came to our attention that the federal agencies were unaware -- or lacking proof -- of the continued spraying of dispersants from Louisiana to Florida. Further, the federal agencies were woefully ignorant of the presence of subsurface oil-dispersant plumes and sunken oil on ocean and estuary water bottoms. We offer evidence to support our statements, including a recently declassified subsurface assessment plan from the Incident Command Post.

But first, you mentioned that such activities (continued spraying of dispersants and sinking oil) -- if proven -- would be "illegal." As you stated, sinking agents are not allowed in oil spill response under the National Contingency Plan Subpart J §300.910 (e): "Sinking agents shall not be authorized for application to oil discharges."

We would like to know under what laws (not regulations) such activities are illegal and what federal agency or entity has the authority to hold BP accountable, if indeed, such activity is illegal. It is not clear that the EPA has this authority.

For example, on May 19, the EPA told BP that it had 24 hours to choose a less toxic form of chemical dispersants and must apply the new form of dispersants within 72 hours of submitting the list of alternatives. Spraying of the Corexit dispersants continued unabated. On May 26, the EPA and Coast Guard told BP to eliminate the use of surface dispersants except in rare cases where there may have to be an exemption and to reduce use of dispersants by 75 percent. Yet in a letter dated July 30, the congressional Subcommittee on Energy and the Environment reported the USCG on-scene commander (OSC) had approved 74 exemption requests to spray dispersants between May 28 and July 14.

Under the National Contingency Plan Subpart J, the authorization of use §300.910 (d) gives the OSC the final authority on dispersant use: "The OSC may authorize the use of any dispersant... without obtaining the concurrence of he EPA representative... when, in the judgment of the OSC, the use of the product is necessary to prevent or substantially reduce a hazard to human life."

Given this history of events and the NCP regulation, we would like to know what federal entity actually has the final authority to: order BP to stop spraying of dispersant; declare that spraying of dispersant after issuance of a cease and desist order is illegal; and prosecute BP for using product to sink oil.

Claims by USCG and BP - and Counter Evidence

July 30-31:
Lt. Cmdr. of USCG confirms
, "Dispersants are only being used over the wellhead in Louisiana."
Contradicted by evidence in same Destin The Log article and posted on websites:
May 11: USCG and BP claims of no dispersant spraying activities are further contradicted by intentional mislabeling of flight plans:

Austin Norwood, whose boat is contracted by Florida Fish and Wildlife, also provided a written account of a "strange incident." 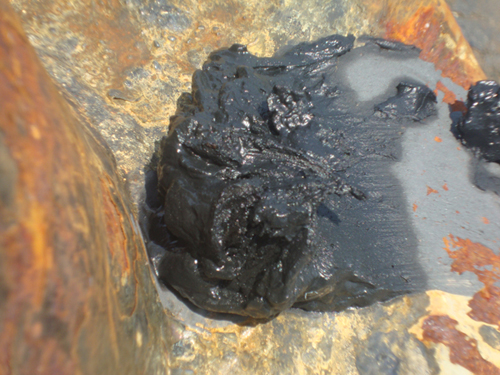 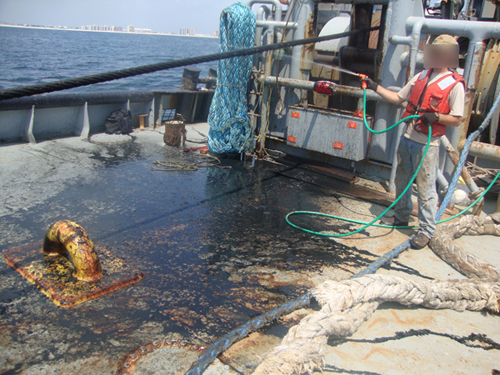 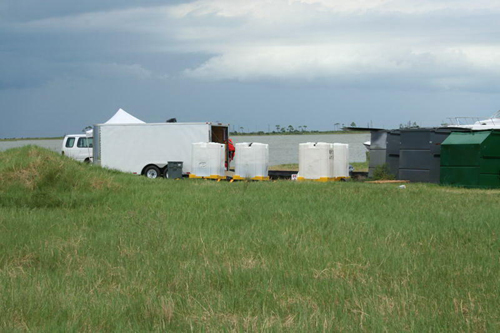 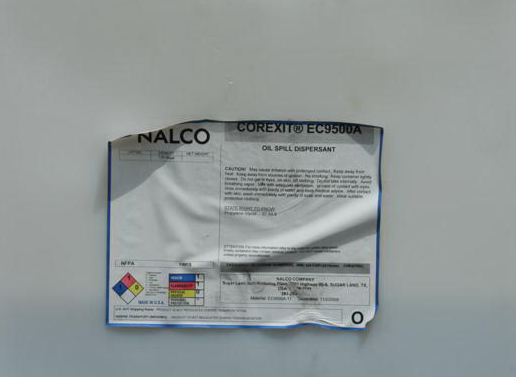 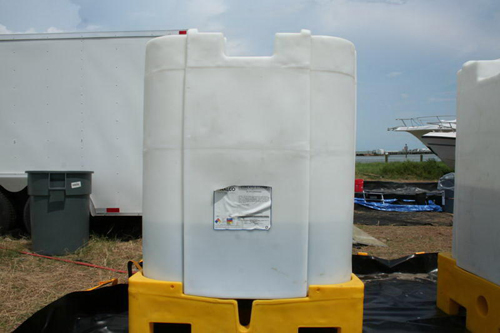 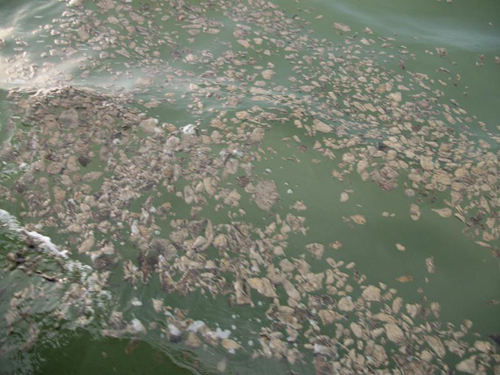 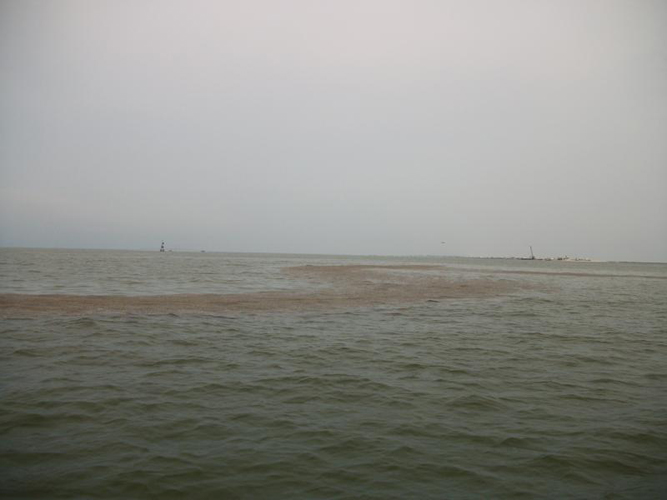 Aug. 19, Aug. 21: Rocky Kistner with NRDC documents use of Corexit 9527a and Corexit 9500 and oil-dispersant visible sheen in area open to fishing in state waters

Aug. 23: Natural Resources Defense Council Switchboard posting
We spotted huge plastic containers marked with Corexit warning labels on the dock public docks near Bayou La Batre. ...
The next day at a town hall meeting in Buras, LA, BP Mobile Incident Commander Keith Seilhan was asked about the use of chemical dispersants. "We are not using dispersants and haven't been for some time," he said.
But when asked whether contractors who operate in state waters could be, he said he could not be certain. "We have lots of contractors, but no one should be using them. If they are, we need to know about it and stop it."

Miller tied an oil absorbent pad onto a pole and lowered it 8-12 feet down into deceptively clear ocean water. When he pulled it up, the pad was soaked in oil, much to the startled amazement of his guests, including Dr. Timothy Davis with the Department of Health and Human Services National Disaster Medical System. Repeated samples produced the same result. Three weeks earlier, there had been a massive fish kill along the same shoreline from Gulfport to Pass Christian.

Aug. 23: The methods for sampling subsurface oil used by Mr. Miller are also being used by Incident Command for the Deepwater Horizon as evidenced in a declassified document (p. 3). 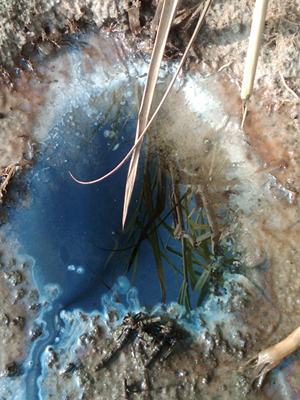 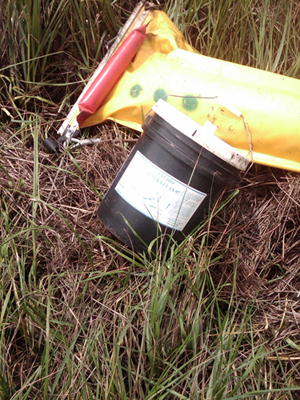 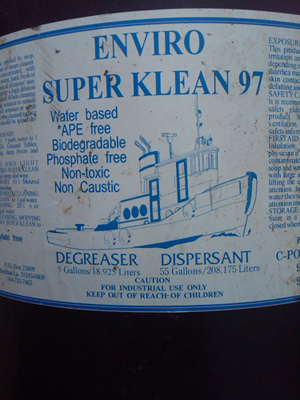 The inability of the federal and state agents who attended the Dockside Chat in Jean Lafitte, LA, on Aug. 25 to find recent subsurface oil and ocean bottom oil or dispersant spraying activity in inland or near shore waters gives us zero confidence in these same agencies' declaration that they can find no oil or dispersant in Gulf seafood product.