The latest Street Art Fairs International opened in Downtown LA's Fashion District this week with a sprawling exhibition of top artists, running through June 18 from noon to 6 p.m., with free admission on Saturday. 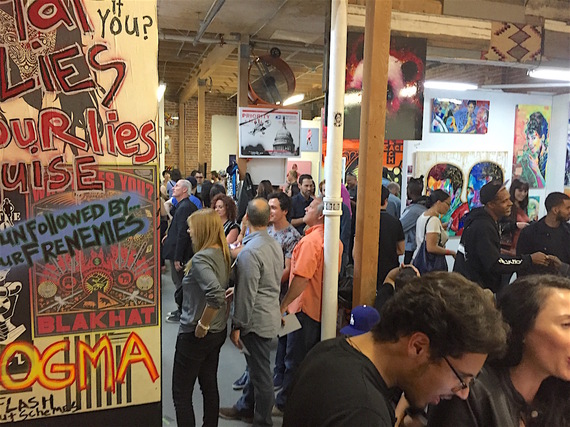 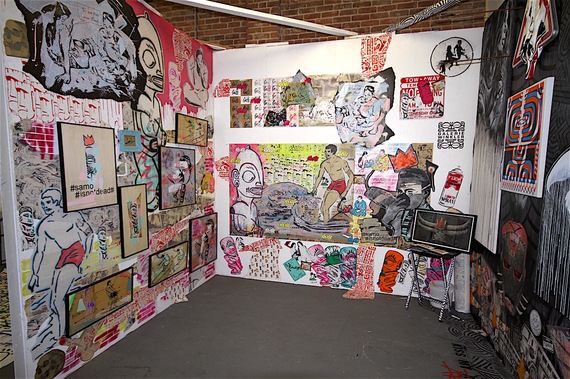 Hosted in the showroom of famous jacket designer and artist Jeff Hamilton at 935 Wall Street off Olympic, the art show is a unique opportunity to experience the impact that street artists can bring to the safe confines of a display booth. 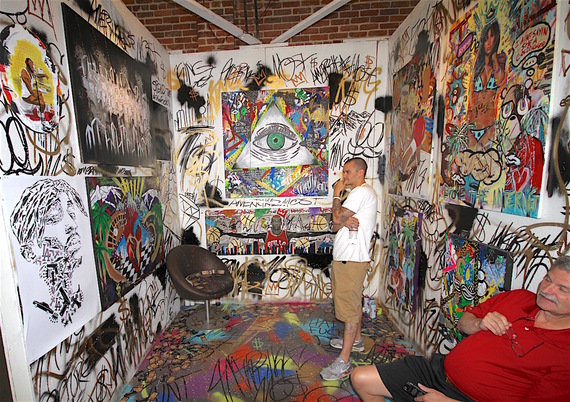 Street artists generally focus their work on being as attention-getting as possible, creating an atmosphere of art overrunning its environment in the show, as artists were allowed to do whatever they wanted with their exhibition space. 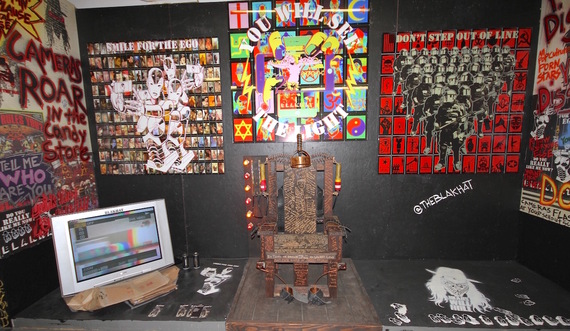 While personal styles vary from booth to booth, the use of bold colors, famous personas, and unique abstraction presents a convention-like context of contemporary artists working in one of the most popular fields of art right now. 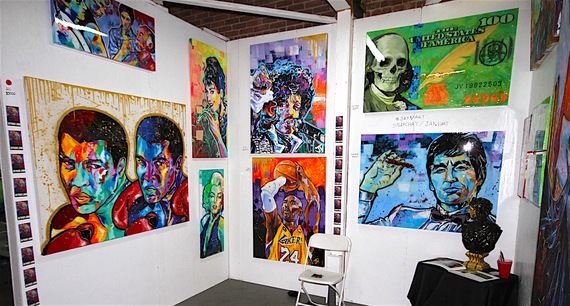 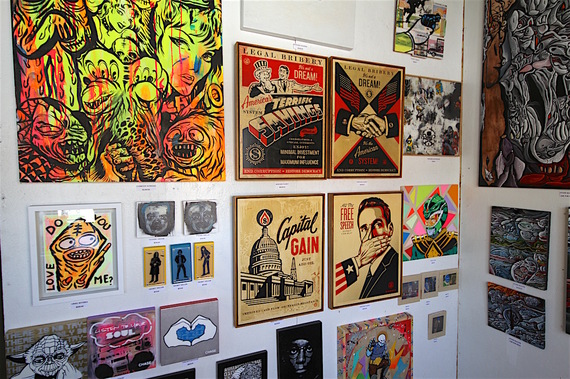 Teachr, an established artist on the streets of L.A., says he has enjoyed cutting stencils while visitors pass through, "It's been a great experience meeting lots of fans and making new fans." 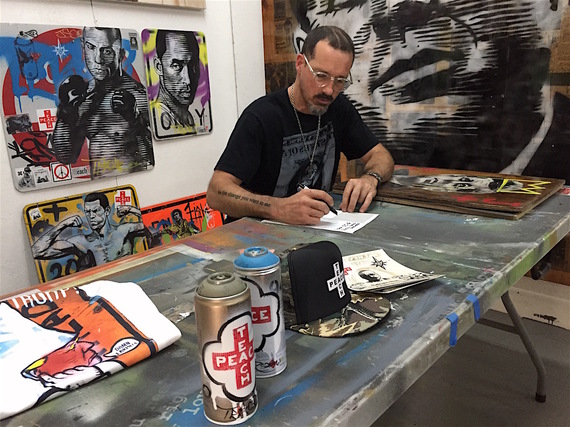 He has been working on a stencil of Doug Hughes, the activist who began serving a four-month sentence this week for landing a gyrocopter in front of the U.S. Capitol to protest money in politics. 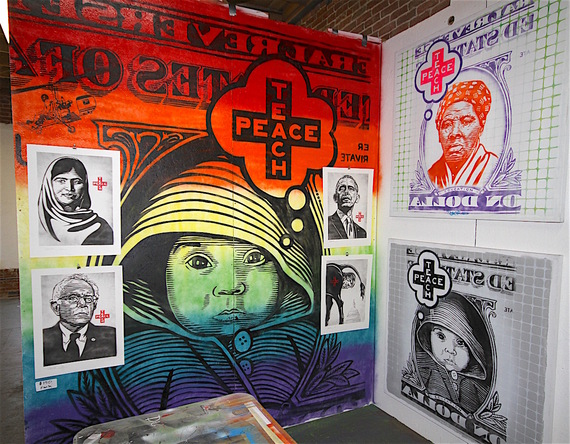 Also spreading the message about getting money out of politics at the Street Art Fair was the Stamp Stampede, with a station set up to let attendees stamp their own currency with messages like "NOT 2 B USED FOR BRIBING POLITICIANS" and "STAMP MONEY OUT OF POLITICS." This form of spreading an idea through public messages is similar to street art's success in reaching a broader audience. 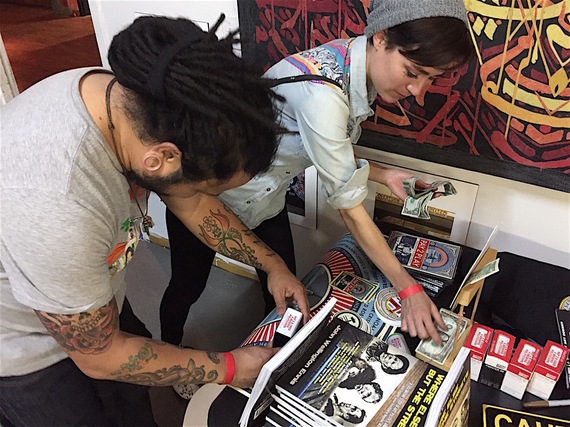 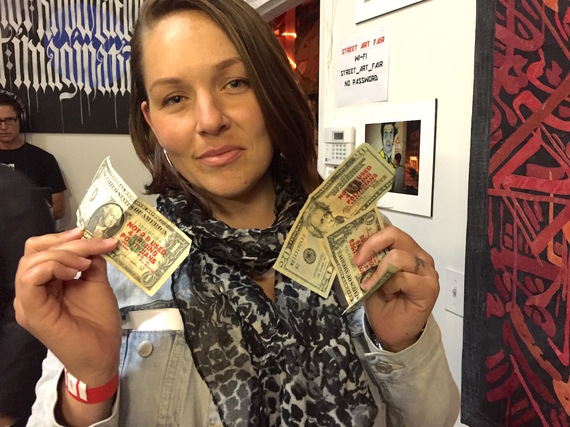 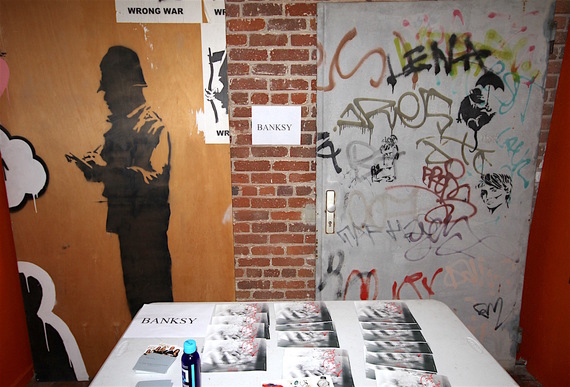 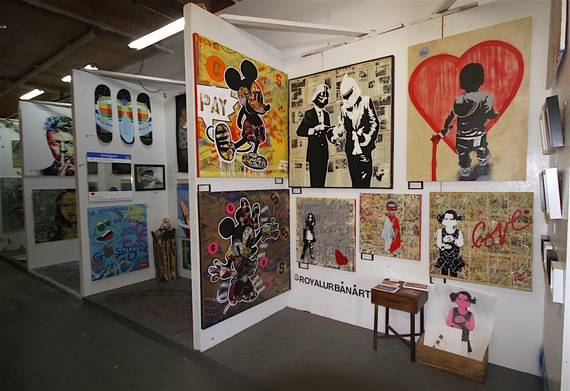 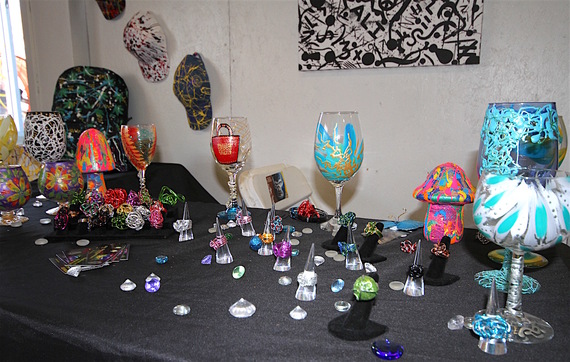 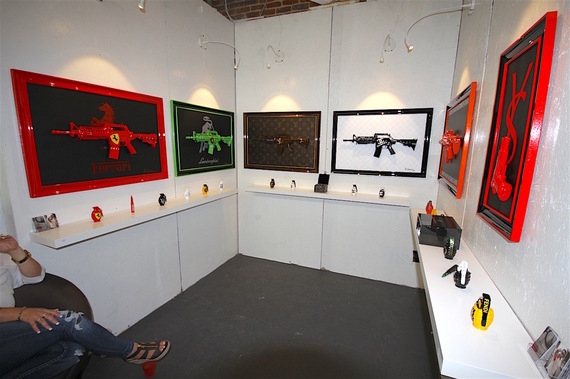 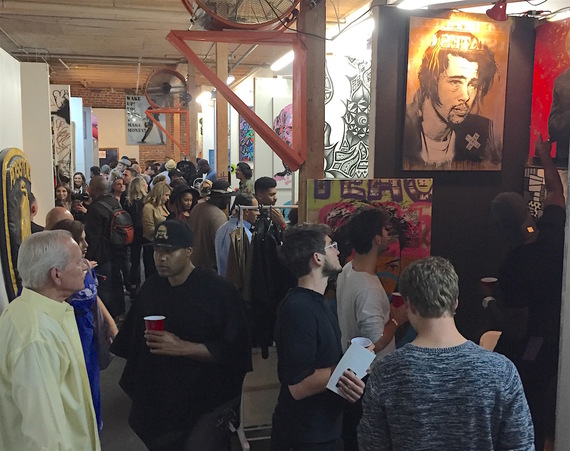 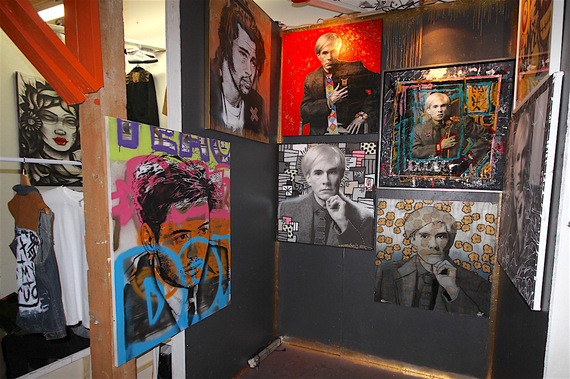 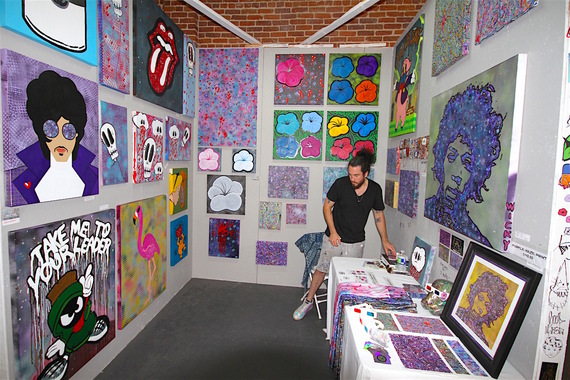 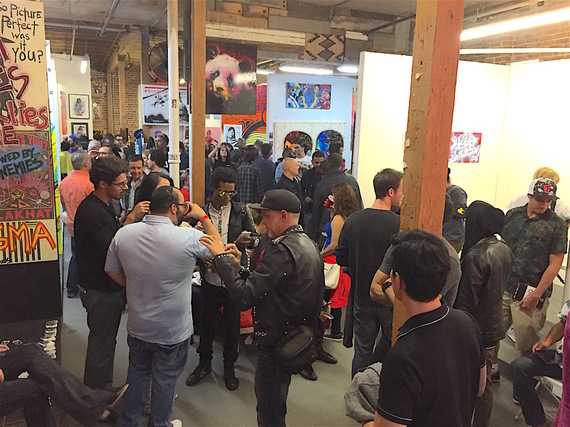