My wife and daughters have grown accustomed to driving down from Boston every year to spend Father's Day with my Greek parents in New York City. They look forward to seeing the room I grew up in, still stocked with my medical school books and my old 16mm film camera from ages ago. They love hearing my parents' stories of the family business--a Greek diner--as well as the endless rows of baklava after lunch.

Three years ago, however, they were not prepared for the topic of conversation my father introduced after our Father's Day lunch. In truth, neither was I. He wanted to openly discuss the end of his life. 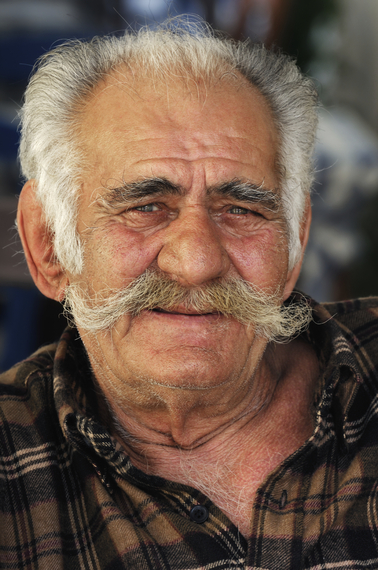 That year had proved difficult for my father and our family. Heart disease, diabetes and a small stroke had battered his body. We became such frequent fliers to our local hospitals, nursing homes and rehabilitation facilities, that many of the staff knew us by first name. As a physician, I recognized that with each visit to the hospital, my father's options for medical care and chance at cure dwindled. But to many of the doctors who were caring for him, "giving up" was the furthest thing from their minds.

"One of your carotid arteries has a high-grade stenosis and we can clean the artery with surgery to prevent any additional strokes; think of it like Roto-Rooter for your brain pipes," suggested a vascular surgeon during one of his hospitalizations. On another occasion, a well-meaning interventional cardiologist recommended a heart catheterization to investigate another possible blockage.

Despite being an immigrant, my father was no foreigner to the modern American hospital landscape. He had undergone a blitz of medical procedures: numerous surgeries, three heart catheterizations, endoscopies, colonoscopies and whichever latest and greatest procedure was available. But this time, his reply to the doctors was starkly different. With his heavy Greek accent he replied, "Are you crazy? No more."

I truly feel that both the vascular surgeon and the cardiologist thought that what they were recommending was the best course of action for my father. Yes, he had blockages in both his carotid arteries and in his heart arteries. But neither doctor asked my father what was important to him at this stage in his life.

Doctors like to tackle problems and fix them. And it is truly amazing what modern medicine has achieved in a relatively brief span of time. Can't breathe? We can fix that with breathing machines. Have a blood infection? We can fix that with powerful antibiotics. The tougher issue, however, is when to recognize that the small fixes do not change the larger picture, to recognize that fixing specific problems may not fix the whole patient.

This is medicine's version of not seeing the forest for the trees. The vascular surgeon and cardiologist could repair my father's body, but how would that benefit him? Could he go on living in a way that was meaningful for him? Instead of searching for the next "fix," we need to know when to use -- or not use -- our growing tool kit of "fixes." 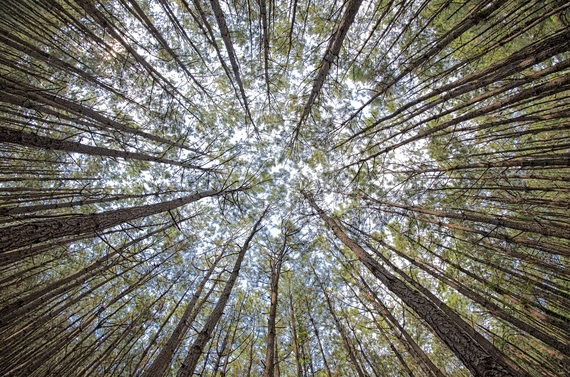 My father has been the lucky beneficiary of the latest cutting-edge technological breakthroughs in medical research, the most skilled surgeons and cardiologists, and the most sophisticated medical care delivered at some of the country's best hospitals. But after reviewing his options, he had decided that he did not want aggressive life-prolonging interventions. He also knew that he was not ready to pursue a purely comfort-oriented path. And so three Father's Days ago, he wanted to tell us, his family, about his preference for something in between, a path that would allow him to enjoy his life as best he could for as long as he could. He wanted to share with us his values -- about what makes a good life, and yes, a good death -- to guide our medical decision-making on his behalf. And he wanted us to see to it that he would spend his last days at home. "Make sure," he said "that I do not die in a hospital with all those machines."

Certainly I never expected that conversation three years ago, but I have come to see that discussing his death openly is a crucial affirmation of his life, including his beliefs and priorities. Having The Conversation acknowledges our mortality, and acknowledges that some day, perhaps next Father's Day, he will not be with us at dinner.

Americans receive some of the best health care money can buy; they also experience some of the worst deaths in the developed world. By most accounts, the American transformation of death from a natural process occurring at home to a medicalized event taking place outside of the home has been disastrous. What people need most on this journey is not the promise of the next new technology but rather a guide to help them navigate this dark forest in which we all will undoubtedly find ourselves. People need doctors who are honest enough and capable of explaining new technologies with the accompanying risks and benefits, and discussing whether those technologies would truly benefit them. The health care system is teeming with brilliant scientists, but there is a dearth of effective communicators and advocates.

My dad's gift to us -- his willingness to talk about these issues when we were together on Father's Day -- has helped my family make sure that we respect and honor his wishes so that he gets the right care, at the right time, and on his terms. My family has now grown accustomed to The Conversation, which my father introduces every year after our Father's Day lunch. It's his gift to us. It's also one of the most important conversations we ever had.

Angelo E. Volandes, MD, MPH is on faculty at Harvard Medical School and Massachusetts General Hospital. His first book, The Conversation: A Revolutionary Plan for End-of-Life Care, was just released by Bloomsbury Press.

Physician on faculty at Harvard and Massachusetts General Hospital. Author of "The Conversation: A Revolutionary Plan for End-of-Life Care."