After model student Kiera Wilmot was arrested and removed from her high school for doing a science experiment on school property, hundreds of thousands of people across the country signed petitions asking for charges to be dropped and for her to be reinstated in school. Kiera's school's zero-tolerance approach, like so many schools across the country requires severe discipline and does not improve student behavior or improve our schools. It just pushes kids out of school, harming their futures and perpetuating the school-to-prison pipeline. Below, Kiera blogs about how she and her family have been affected by the school-to-prison pipeline. 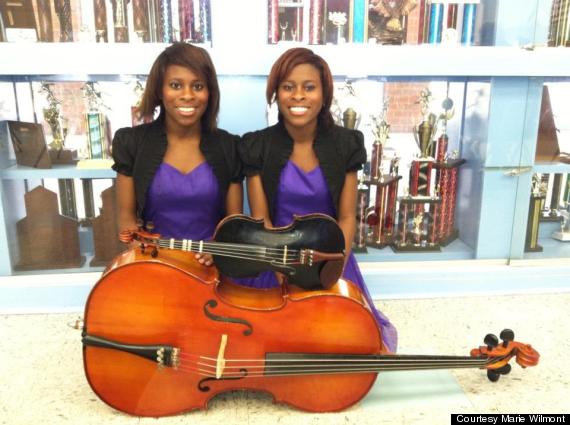 My science teacher said we could each pick a science project that has to do with biology, chemistry or physics. He said we couldn't do a baking soda and vinegar volcano because that was at the fifth grade level. I especially like chemistry, and the reacting. I like seeing two or more different things become something else. So I was asking friends around for project ideas. Someone suggested to me to combine aluminum foil and toilet bowl cleaner in a water bottle to make a volcano.

That morning I was taking the experiment to be approved by my teacher. My friends and I were outside, and they wanted to see how it worked. Eventually they convinced me to try it. It did not react the way I expected it to. The lid popped off and smoke came out. If I could go back in time, I definitely wouldn't have done it.

The principal and dean of discipline came over and asked me to tell them what happened. I was kind of scared, but I thought they'd understand it was an accident. Before that, I've never gotten in trouble this year other than a dress code violation because my skirt was two inches too short. I told him it was my science experiment. In my third period class I was called up to discipline. I wrote a statement to the dean of discipline explaining what had happened. Afterward I was told to sit on the resource officer's office. They told me I made a bomb on school property, and police possibly have the right to arrest me. I didn't know what they classified as a bomb. I was worried I accidently made a bomb. I was really hurt and scared. I was crying.

They didn't read me any rights. They arrested me after sitting in the office for a couple minutes. They handcuffed me. It cut my wrist, and really hurt sitting on my hands behind my back.

They took me to a juvenile assessment center. I was sitting in this room with no clock so it felt like years of me sitting there. When my mom came, she didn't say anything. She just had this really disappointed look, and told me I lost privileges. But she's really been supportive of me. I don't know what would have happened if I didn't have my mom. I would have dug a hole and sat there for the rest of my life.

I don't think police should have been involved because I'm a good student for one. And two, it was a big deal, but it wasn't like people were hurt and the school was in shatters. I maybe should have gotten 10 days suspension or a work detail where on Saturday you wake up early and pick up trash around the school.

I was very relieved they were dropping the charges. It means I can actually do something with my life. I was afraid this would be on my criminal record. I want to go to college and get a degree in technology design and engineering. I want a career building robots that can do tasks like surgeries or driving cars.

A couple good things have come out of this. Someone heard about what happened to me and gave me a scholarship to space camp. I'm super stoked about space camp with Mr. Hickam this summer! There's a zero-gravity tank I can't wait to try! But it's been pretty rough for my sister. Recently she was hit in the face by a girl. It's been hard because we usually do everything together. I'm getting all the attention and scholarships and she feels left out.

Right now I'm at Bill Duncan Opportunity Center, which is for students who were kicked out of school. People are teasing me and calling me a terrorist. And the school is actually quite easy. I'm not getting the challenge that I used to have. I don't have homework. There is no German class and there is no orchestra. I probably couldn't even bring my cello because I was told the students would steal it.

I was very happy about everyone signing petitions. I think a lot of people have supported me because I'm so young and everybody makes mistakes.

My message to young students is to study your passion and work towards your dreams and goals no matter what gets in your way.