I've spent the last 10 days throughout South America to visit with World of Children Award honorees and observe their work first hand. For those of you who don't know them, World of Children Award works tirelessly to improve the lives of the world's most vulnerable children, by funding change makers in medicine, education, rescue and rehabilitation, and more. While the trip was eye opening, it was also humbling. I had the privilege of connecting with the people who are giving life back to others. Through their work, I came away knowing there is hope. There is good. There are real life heroes. And I would like to talk about them for a change. That much I can do. 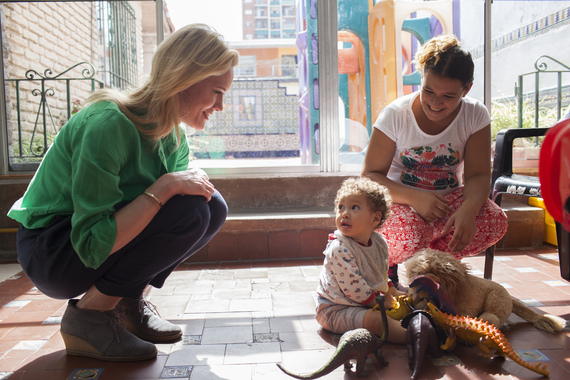 It's 10:30 in the morning, a temperate beautiful morning in March, and I am standing in the middle of the family waiting room at a clinic on the outskirts of Buenos Aires. I have traveled to this far-flung locale with the World of Children Award, an organization that stole my heart seven years ago, and I have been travelling around the world with them ever since. In the waiting area I see toddlers, babies, helpful staff, old Legos, and Barbies (with their heads on). I see building blocks and toy dinosaurs, plastic chairs, and anxious parents. And me. I catch a glimpse of myself in a mirror doing what I always do when I am on a "humanitarian trip"- trying to find a way to be useful.

I settle on wiping off the dinosaurs, they see the inside of a lot of mouths, and letting a few of the kids punch around on my phone. While I am standing in a room at the far end of the earth organizing a box of toys, Dr. Ricardo Bennun, runs back and forth from his office to the waiting area seeing patient after patient. During the course of my six hours at the clinic Dr. Bennun will not sit down to eat lunch. He will not check his email. He will not Instagram, and he will not make noisy phone calls, bark at underlings, or once utter the words, "I don't know. I'm just so busy right now." 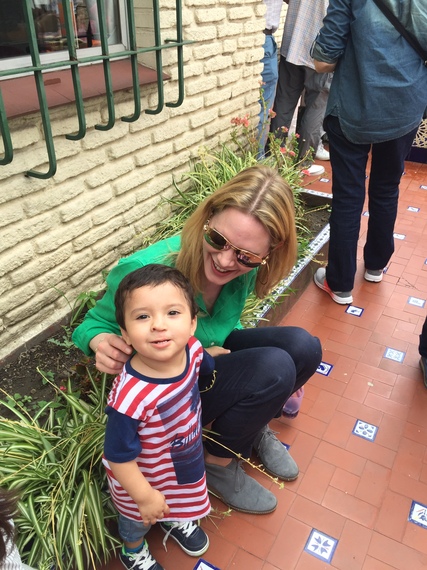 Dr. Bennun is the founder of this clinic- Asociacion PIEL. He opened it in 1995 in one of the poorest areas of Buenos Aires and since he opened its doors Dr. Bennun has performed over 5,000 surgeries, correcting congenital malformations like cleft palates, removing tumors, repairing the ravaging damages from all manner of accidents. He does this free of charge. He works eight days a week. He did not draw a salary for the first two years his clinic was open. He understands that surgery isn't enough. Dentists, speech therapy, orthodonture, and psychologists are also needed. You can't just treat the problem. You have to treat the child, as a whole human being. Out of his frustration at the lack of resources and with a desire for more collaborative, cohesive care Dr. Bennun established PIEL- this miraculous place that blooms in the most unlikely of environments. 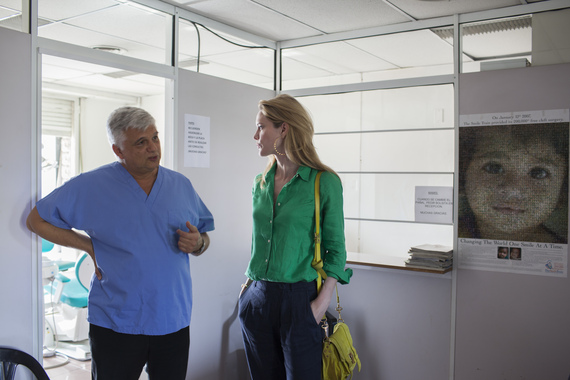 I saw another such marvel on the outskirts of Santiago, Chile. Coaniquem is a clinic established by Dr. Jorge Rojas-Zegers to treat children who are burn victims. Children who fall into fires and cook stoves. Children who meet with unspeakable disaster and pain. Children whose hands and chests and necks would otherwise be covered with slick, shiny, taut burned skin are treated free of charge. They are healed. Multiple surgeries, physical therapy, occupational therapy, music therapy, custom compression garments and a place for their families to stay while they embark on their recovery- that is the tiniest fraction of what Coaniquem provides for its patients. Dr. Rojas-Zegers and his staff (three of whom are his children) saw the need for an all-encompassing, holistic approach to care and so bourn out of necessity this remarkable clinic treats over 100,000 patients a year and has expanded to three locations within Chile. 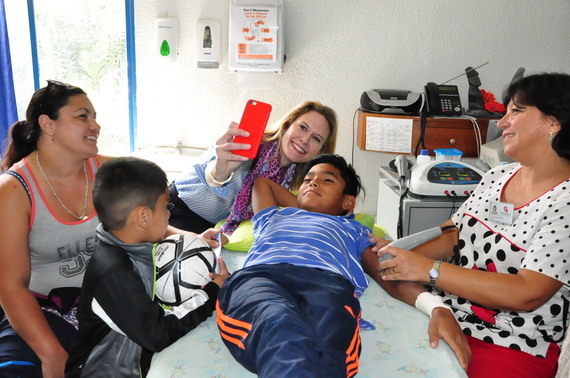 There is no world in which my contribution to those who are suffering adds up to one tenth of what Dr. Bennun and Dr. Rojas accomplish in one day. No amount of cleaning, or schlepping, or promoting on social media, or bearing witness will ever achieve what I want it to. It will never absolutely, unquestionably change a life for the better, solve an unsolvable problem, or give hope where none existed before. I am not sure what it does for the greater good, frankly, but I do know what it does for me. It is a reminder that for every nasty election cycle, for every misinformed protestor, for every random act of gun violence, there is an equal and opposite event. Every day someone on the other side of the world gets up for the express purpose of changing the life of a child for the better. Every morning arrives with promise and every sunset sees a tired, worried, wonderful human who will spend all night finding solutions to the next day's dilemmas. 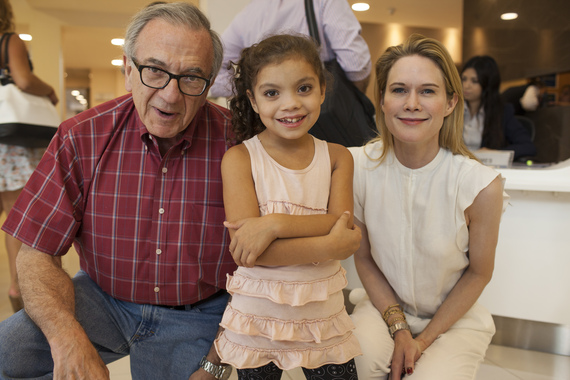 Stephanie March, is an actress noted for her sharply intelligent and sympathetic portrayals of a variety of female characters in television, film and theater. She is best known for her role as ADA Alex Cabot on TV's hit series, Law & Order SVU and most recently starred on Adult Swim's Neon Joe. She has appeared in 30 Rock, Happy Endings, Rescue Me, Grey's Anatomy, Mr. & Mrs. Smith, The Treatment, Predisposed, and Innocence and has been seen onstage in the critically acclaimed revivals of Death of a Salesman, Talk Radio, and Boys' Life. March spends a significant amount of time traveling globally in her capacity as an activist for causes benefiting women and education. She is on the advisory board of OneKid OneWorld. She was on the board of directors of Safe Horizon for five years. She is the celebrity ambassador for the World of Children Award and an advocate for Planned Parenthood. March is a graduate of Northwestern University.

Stephanie March is an actress, philanthropist and co-founder of Rouge NY