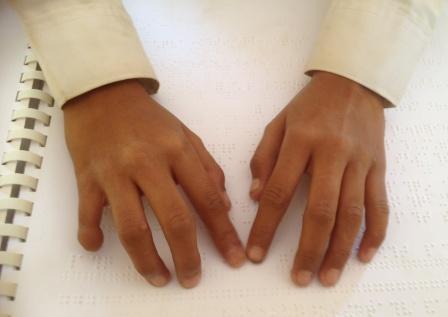 The little girl laughed happily as she read the Braille with her hands, proud that she had mastered all the words. If it was not for the school set up for the blind and deaf, here in Phnom Penh, she would have been left in the dark. Up until Benoit Duchateau-Arminjon, a French entrepreneur, launched his NGO for the handicapped in 1998, there were no schools for the blind in Cambodia. Now his Krousar Thmey ("New Family") foundation runs 5 schools throughout the country, 8 family houses, 3 street children centers, 5 protection centers, a Khmer arts school, an anti-prostitution campaign, and supports university students as well.

The story: 25 years ago, Benoit was working as a financial controller for high-end hotels in Bangkok when, inspired by a chance weekend visit to a refugee camp, he quit his job to create a home for Cambodian orphans on the border. I glimpsed these roots in a documentary video: a passionate young man, Benoit gestures animatedly to the camera, speaking about how fulfilled he was when he first experienced the joy of refugee children's smiles. What followed was a 25 year commitment to Cambodia. Today, he is Cambodian citizen, honored by the Prime Minister, Hun Sen, who endorses his NGO. In 2020, Benoit aims to transfer the NGO to the Cambodian government. 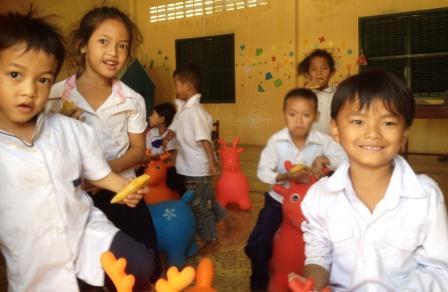 I happened to meet Benoit by accident. I was searching desperately for a calm hotel in Siem Reap where I was teaching for another NGO. After biking around the city, from one dusty hotel to another, Angkor Wat looming in the distance, I found myself in an oasis far from from the hustle of tuk tuks, in an idyllic guest-house surrounded by banyan trees, with bungalows clustered around a salt-water pool.

Then I met Benoit. Based in Phnom Penh, he, the owner of this hotel, happened to arrive the same day I did. He waved hello as I jumped into the pool. The only difference I glimpsed between the 25 year old man he once was (in the video) and the 50 year old man he became was a shift in the amount of hair on his scalp. He has the same straight honest gaze, the same passion, the same confidence in his direction.

A determined man, he exudes managerial direction. "My NGO works because it is managed as a business," he said proudly. "We only have 4% overhead, compared to the 14-20 % of other NGOs." He himself does not take a salary, but supports himself through his hotel and a wine bar he owns in Paris. 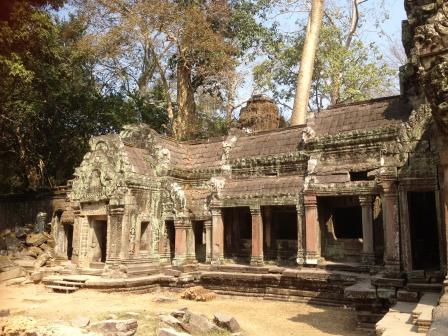 During my two week sojourn at his hotel in Siem Reap, I treated myself to a couple massages from blind masseurs whom Benoit has trained in the business, and who are now self-supporting. It is a humbling experience to lead one's masseur by the hand, down wooden steps and across a grassy yard, to a waiting tuk-tuk, after one has had the privilege of relaxing under the masseur's hands.

It is more humbling, however, to visit a school of the blind and deaf. I happened to do so, again, by coincidence, a week after I left Siem Reap. My first day in the capital of Cambodia, I walked across the city, avoiding the tuk-tuks who hailed me to give me a ride. "No I need to walk," I said. "I really need to walk." The reason I needed to walk: a visit to the Toul Sleng SS 21 prison museum, which included room after room of victims' photos, brick windowless cells and torture chambers replete with harsh instruments, including one former gymnastics bar in this former high school- cum-prison where prisoners were hung upside down and dunked into dirty sewage water.

So it was with great relief that as I walked, shaken, through the dusty lively streets of Phnom Penh, I heard the laughter of happy children in a schoolyard. I looked through a gate: six faces immediately grinned at me. Children were gathered around a table, doing their afternoon homework.

How well-organized and joyful, I thought. What school is this? 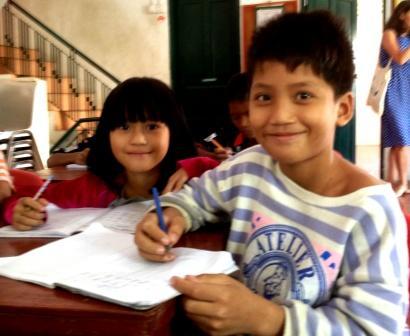 I looked at the signpost, and recognized the green logo of the NGO run by Benoit, my former hotel patron. This particular structure, I learned, was a program for street children: counselors find the children in the streets, then encourage them to integrate back into schools--and eventually their families.

The laughing children led me right back to Benoit.

"I had no idea," I said over a lunch of roasted duck in Phnom Penh. "That you have so many institutions--and work with so many different kinds of children!"

"Yes, our organization helps over 1000 children throughout the country," he stated. 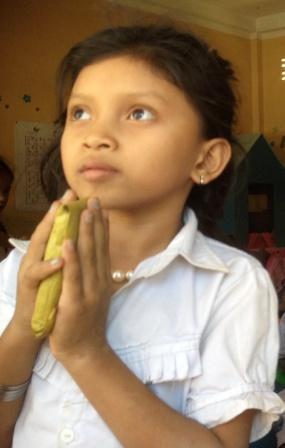 The modest figure confirmed the success of his enterprise. Unlike other NGOs I encountered, who claim to help thousands, it was clear that under Benoit's management, each of the children in the program are well-followed, from schooling to social integration to employment, at the cost of approximately 100 dollars per month per child. I was also not surprised to learn that Krousar Thmey is considered one of the best 100 NGOs in the world, according to The Global Journal---nor that Rithy Panh, the famed Cambodian film director, enthused to me that "Benoit's work is good. One of the best."

"It's 100 percent commitment. I don't take any volunteers, except for four long-term volunteers in the office," Benoit shook his head, scoffing at the rampant volunteer-tourism fad in Siem Reap, the city of Angkor Wat. "Our staff does not just come and play with the children." 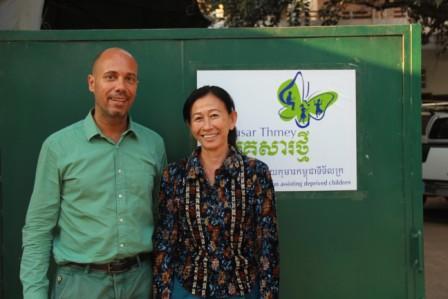 One of the teachers for Benoit's program, Phalla Neang--who now directs the programs for the blind---is so qualified an instructor she is up for a Global Teacher Award: a million dollars awarded to the best teacher in the world. The unsung hero---the person who makes a tremendous difference to many people's lives--is, in an unusual move, valorized. This morning, the Varkey Foundation, which funds the award, announced that Phalla Neang is one of ten finalists.

My last morning in Cambodia, my serendipitous encounters concluded with a visit to one of Benoit's schools (coordinated by Phalla Neang), en route to the airport: a happy way to end a journey through a very complicated country, with twenty-five years of war, poverty, chaos and genocide behind it. 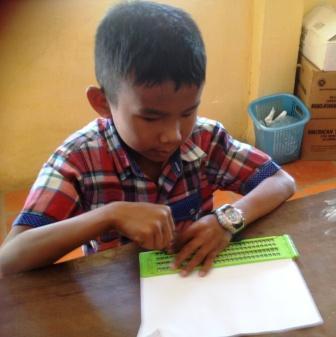 I walked across a sandy courtyard, and peered in the classrooms. In each classroom, students were ambitiously working, under the tutelage of a dedicated teacher. On one side of the building were classes for the deaf; on the other side, classes for the blind. I had to remember that when greeting the deaf children to wave my hands and gesture (they all waved back). With the blind, I touched each child's hand and spoke.

Each wave--and each hand I touched--elicited a happy little smile.