Ana Mendieta died at just 36 years old, but the imprint of her life digs deeper than most. Mendieta's work occupies the indeterminate space between land, body and performance art, refusing to be confined to any one genre while working to expand the horizons of them all. With the immediacy of a fresh wound and the weightlessness of a half-remembered song, Mendieta's artwork remains as haunting and relevant today as ever.

Her haunting imagery explores the relationship between earth and spirit while tackling the eternally plaguing questions of love, death and rebirth. Like an ancient cave drawing, Mendieta's art gets as close as possible to her subject matter allowing no excess, using primal and visceral means to navigate her themes. Decades after her death, the Museum der Moderne Salzburg will show a retrospective of the late feminist artist's work, simply titled "Ana Mendieta. Traces." 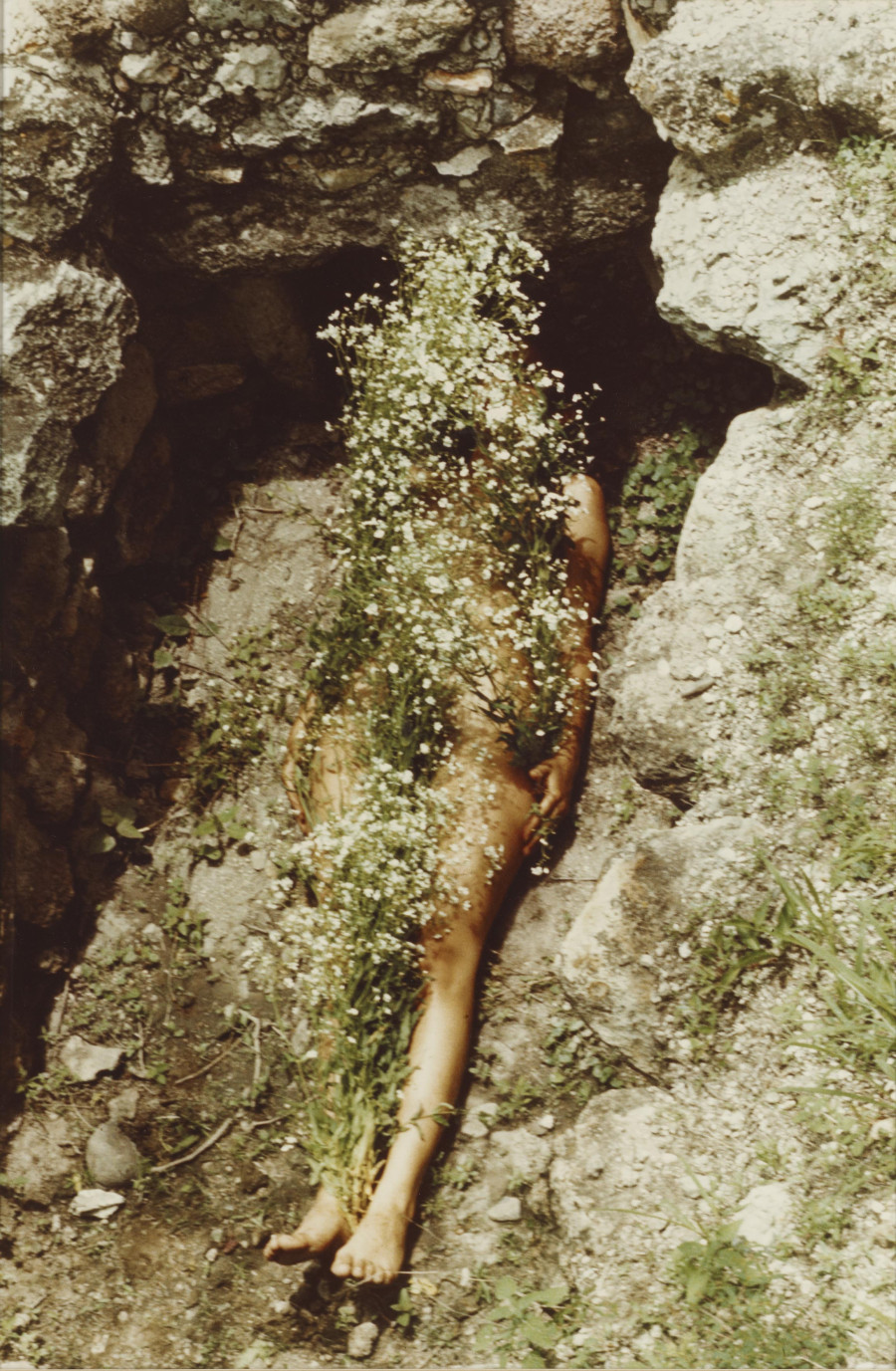 Mendieta, who was born in Havana, Cuba in 1948, moved to the U.S. at 12 years old to escape Castro's regime. There she hopped between refugee camps and foster homes, planting inside her an obsession with ideas of loss, belonging and the impermanence of place. As an artist in the 1970s, Mendieta embarked upon her iconic series "Silhouettes," in which she merged body and earthly material, making nature both canvas and medium. In her initial "Silhouette," Mendieta lay shrouded in an ancient Zapotec grave, letting natural forms eat up her diminutive form.

Her "earth-body" sculptures, as they came to be known, feature blood, feathers, flowers and dirt smothered and stuck on Mendieta's flesh in various combinations. In "Imagen de Yagul," speckled feverishly in tiny white flowers, she appears as ethereal and disembodied as Ophelia, while in "Untitled Blood and Feathers" Mendieta looks simultaneously the helpless victim and the guilty culprit. "She always had a direction –- that feeling that everything is connected," Ana's sister Raquelin said of her work. 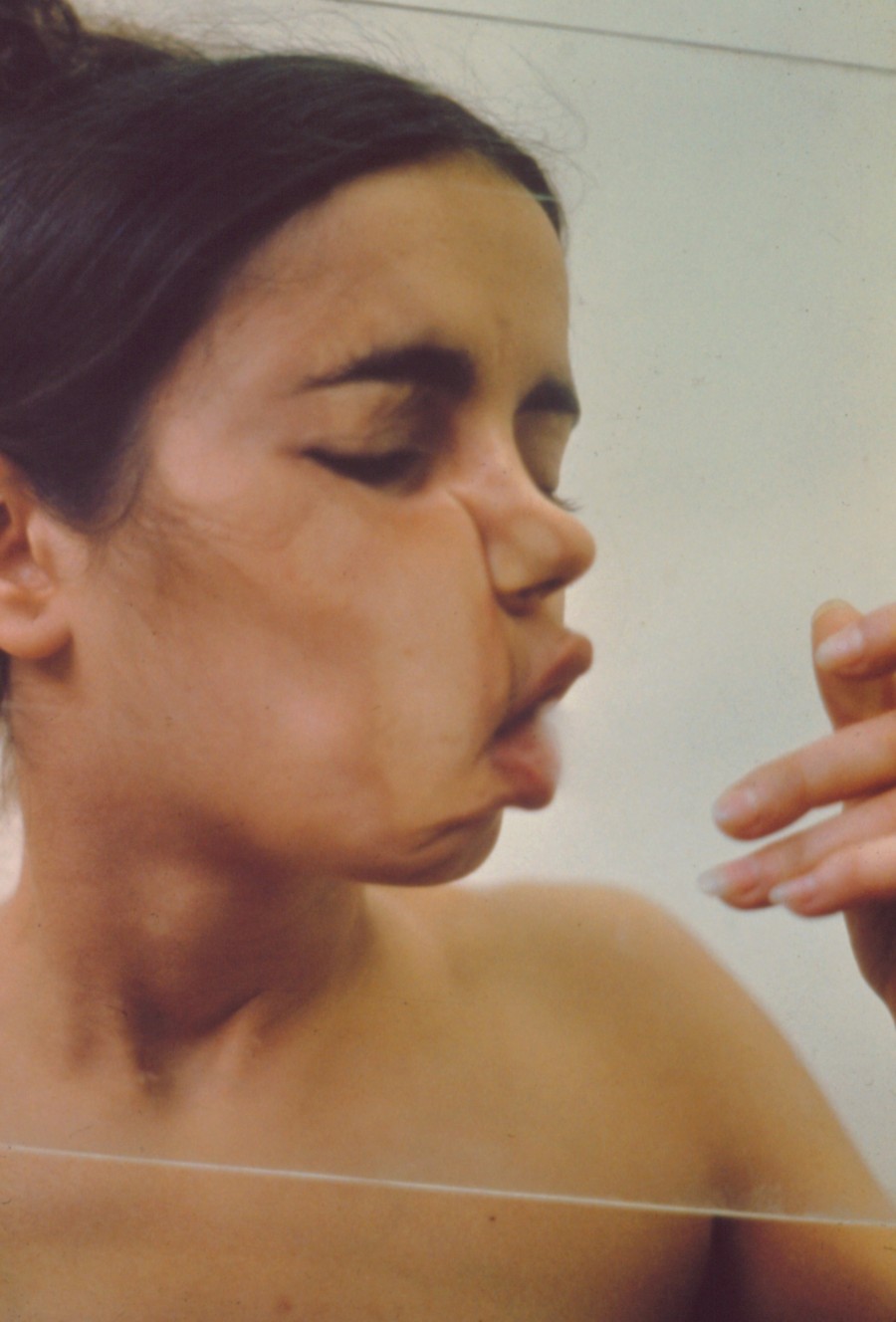 An uncertain mythology runs throughout Mendieta's oeuvre, a feeling at once primal, pagan and feminine. Admirers have cited the Afro-Cuban religion of Santeria as an influence, as well as the ancient rituals of Mexico, where Mendieta made much of her work. Yet many of Mendieta's pieces removed themselves from the spiritual realm to address present day events, for example "Rape Scene," a 1973 performance based off the rape and murder of a close friend. For the piece Mendieta remained tied to a table for two hours, motionless, her naked body smeared with cow's blood. In another work, Mendieta smushes her face and body against glass panes, like a child eager to peek into an off-limits locale, or a bug that's crashed into a windshield. Against the glass, her scrambled facial features almost resemble a Cubist artwork.

Mendieta died tragically young in 1985, falling from her New York City apartment window onto a delicatessen below. She was living with her husband of eight months, minimalist sculptor Carl Andre at the time. Andre was convicted of murder following the horrific incident and later acquitted. Though the art world remains captivated by the mysterious nature of Mendieta's passing, her sister emphasized the importance of removing Ana's work from her life story. "I don't want it to get in the way of the work," she said. "Her death has really nothing to do with her work. Her work was about life and power and energy and not about death." 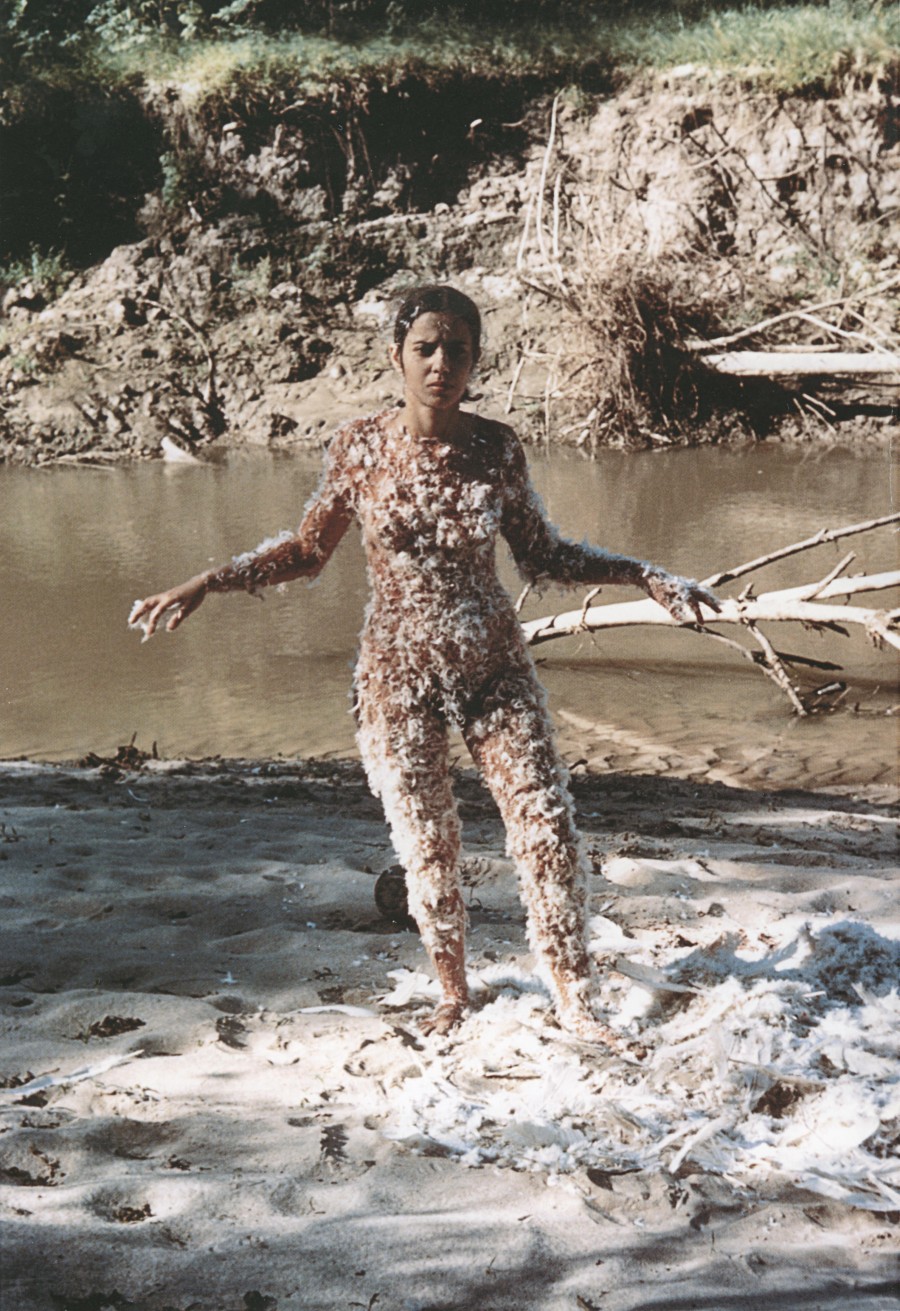 Fellow feminist performance artist Carolee Schneeman disagrees, however, telling The New York Times in 2004: "I see her death as part of some larger denial of the feminine. Like a huge metaphor saying, we don't want this depth of feminine eroticism, nature, absorption, integration to happen. It's too organic. It's too sacral. In a way, her death also has a symbolic trajectory."

Since many of Mendieta's artworks were bodily performances, the ephemera that remain are but traces of her original endeavors. For an artist whose career was built on imprints, ghosts and impressions, this seems aptly fitting. Visceral yet distant, bodily yet spiritual, Mendieta's images speak a language very distant from the insular artistic themes that so often populate gallery and museum walls. Mendieta's works present the female body turned out, at once vulnerable and all-powerful, frail and supernatural. As her retrospective makes obvious, her artistic traces are still oozing lifeblood.

"Ana Mendieta. Traces" will run until July 6, 2014 at the Museum der Moderne Salzburg.