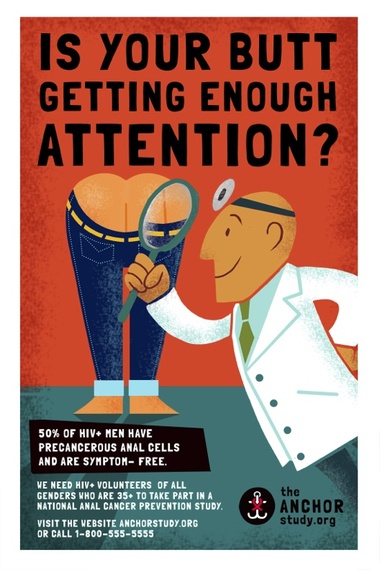 A poster promoting the Anchor Study

That's where the idea of screening for precancerous anal changes comes in. Mass screening for cervical cancer with pap smears led to a huge drop in the number of women dying of the disease, which once was among the most common causes of cancer death in the U.S. Screening for other types of cancer, such as prostate, hasn't had the same effect. To get physicians to adopt a new screening test -- and to convince insurance companies to pay for it -- a large clinical trial needs to show that it substantially reduces death and suffering without causing an undue amount of harm by leading to unnecessary biopsies and treatments.

To help recruit patients, the study team created colorful cartoon posters asking, "Is your butt getting enough attention?" and "Put your bottom at the top of your list." They also acquired a hard-to-forget phone number: 844-HIV-BUTT. 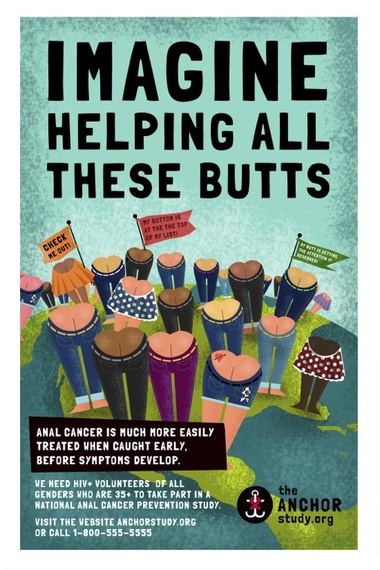 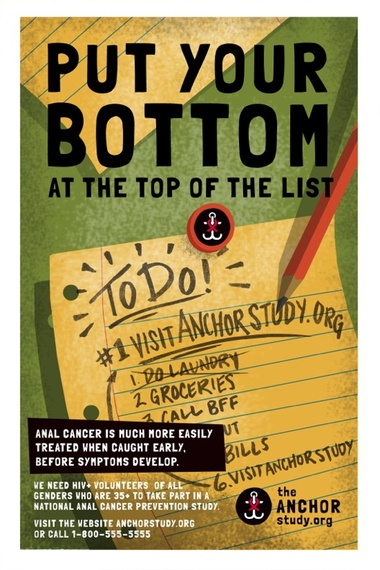