Now the 22-year-old (or "deuce-deuces," in her words) Florida woman is an Internet sensation. Just days after her initial appearance at the 17th annual South Florida Tattoo Expo, she's ready for the media interview circuit. But "Good Morning America" will have to wait, as Del Rosario opened up exclusively to the Broward-Palm Beach New Times.

Her first ink-where-the-sun-don't-shine was for Vince, a guy who once helped her move out of her house. The move led to a bizarre relationship.

"When I got it tattooed, he held my cheeks open while I was choking myself from the pain. Then we ended up breaking up because he said he couldn't see us getting married or starting a family."

Then she met Rockwood, who "hated seeing Vince there when we had sex," so she got "Rockwood" tattooed over her old one for his birthday. She claims Rockwood eventually got her thrown in jail for stealing.

Now Del Rosario wants to take on a career in "modeling shit," which, according to her Facebook page, is a regular hobby of hers.

While many critics have made light of her situation, there's a serious side to Del Rosario's story. She claims that her father "ended up abusing me when I was three months old to the point where I should have been dead."

She says her suffering "gave me a free pass to live however I want and have fun."

Read the entire interview at the New Times. 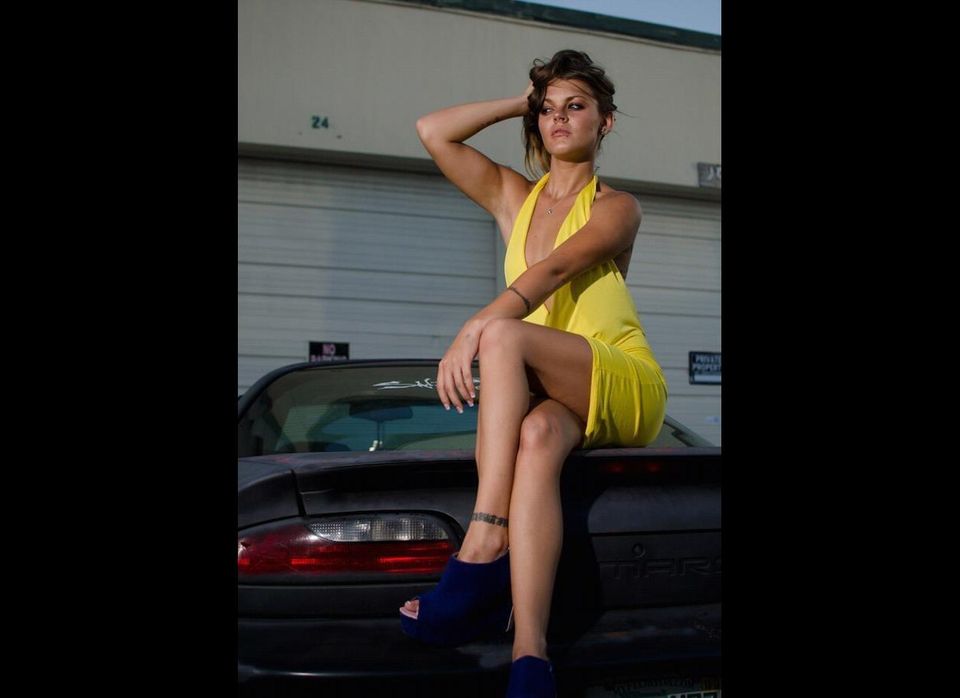