In its push to open Alaska’s pristine Arctic National Wildlife Refuge to fossil fuel extraction, the Trump administration has significantly downplayed potential harm to the environment, including the risk of oil spills and the threat drilling would pose to polar bears, according to a new analysis by the Center for American Progress.

The Trump administration’s goal is to ”get leases in the hands of the oil and gas industry, science and transparency be damned,” said Kate Kelly, public lands director for the left-leaning CAP and a former interior official in the Obama administration.

“The result of that particular focus is ultimately a dishonest look at the impacts that drilling would have on the refuge, its wildlife and the indigenous populations that rely on it for subsistence,” she said.

Last month, the administration took a significant step toward opening large swaths of the remote refuge to fossil fuel production, releasing a report that calls for leasing to begin as early as this summer and details potential effects on the unspoiled landscape. The lengthy draft environmental impact statement ― one of former Interior Secretary Ryan Zinke’s final acts at the agency ― explores three alternatives that would make available for lease between 66 percent and 100 percent of the refuge’s 1.5 million-acre coastal plain.

The Trump administration’s own analysis makes it clear that spills of oil and other substances are not only possible but likely.

The Bureau of Land Management report estimates that future development in the refuge could result in up to 1,745 oil spills by 2050, including six “large” events of at least 1,000 gallons. Additionally, the agency concludes that “the probability of a spill over 100,000 gallons is low,” noting that “only three spills” of that size were documented on the North Slope from 1985 to 2010.

But CAP’s review suggests the federal government’s estimate is far too conservative. The group points to a 2007 report by the Alaska Department of Environmental Conservation that shows there were an average 448 spills per year on the North Slope from 1995 to 2005, with spills averaging 428 gallons ― or roughly 10 barrels. And since 2002 there have been 16 large oil spills in Alaska, five of them over 100,000 gallons, according to the Oil Spill Task Force.

The arctic refuge, considered one of Alaska’s crown jewels and often described as “America’s Serengeti,” covers more than 19 million acres in northeastern Alaska. It is home to polar bears, caribou, moose and hundreds of species of migratory birds. For years the refuge has been a battleground between environmentalists and fossil fuel interests. The GOP tax law passed by Congress in late 2017 included a provision, introduced by Sen. Lisa Murkowski (R-Alaska), that requires the Interior Department to approve at least two lease sales for drilling — each covering no less than 400,000 acres.

The Trump administration has prioritized arctic refuge drilling as part of its “energy dominance” agenda. Even amid the current partial government shutdown that has left national parks around the country damaged and overflowing with trash and human waste, the Department of the Interior has found a way to continued that work, holding public meetings as part of its ongoing environmental review process, Alaska Public Media reported.

CAP’s review suggests the administration’s assessment minimizes the potential harm that energy development would have on wildlife, specifically imperiled polar bears and caribou.

Polar bears, which are listed as threatened under the Endangered Species Act, maintain a constant presence in the refuge’s coastal plain, which contains important habitat for pregnant mothers to den and give birth. In its assessment, BLM acknowledges that “the potential for injury or mortality [of polar bears] could be high when developing new oil and gas projects” but provides no estimate of how many bears could be harmed. Seventy-seven percent of the refuge’s coastal plain is denning habitat identified as critical for polar bears, although BLM says not all of those acres are suitable for maternal dens.

To mitigate potential effects on bears, surveyors can use infrared technology to spot heat coming from occupied dens. BLM says this technology is “proven to be an effective means of locating dens” but that it does “not provide perfect detection and occupied maternal dens are sometimes missed.”

In its analysis, CAP points to a review of proposed seismic surveys in the refuge by Steven Amstrup, the chief scientist for Polar Bears International. In 2004, Amstrup evaluated the effectiveness of the infrared technology in spotting dens. His findings suggest that “a 50 [percent] detection rate is probably close to the highest that could reasonably be expected from a single survey effort,” Amstrup writes in the review.

In December, Mother Jones magazine reported on an internal U.S. Fish and Wildlife Service memo in which FWS experts warned the administration about the threat seismic exploration posed to polar bears. To rely on infrared technology to safeguard a species that’s already at risk is highly concerning, Kelly said.

If you dig into the details contained in this review, it becomes clear what a huge footprint the oil and gas operation would have.” Kate Kelly, Center for American Progress

CAP also says BLM’s assessment fails to accurately detail the amount of water required to support planned energy development, as well as the resulting greenhouse gas emissions. CAP estimates that up to 1.3 billion gallons of water would be needed to drill the oil wells, and then 5.7 billion gallons per year to support oil production. The Trump administration projects that annual greenhouse gas emissions would range from 0.7 million to 5 million metric tons, but CAP pegs the figure at closer to 62 million metric tons ― equivalent to the annual pollution of 13 million cars.

A BLM official told HuffPost on Wednesday that, due to the lapse in appropriations, the department is unable to answer media inquiries unrelated to the ongoing partial government shutdown. An email sent to the Interior Department’s press office bounced back as undeliverable.

Republicans have been working for decades to gain access to the oil and gas below the refuge’s coastal plain, also known as the 1002 Area. President Donald Trump has said he “really didn’t care” about opening the refuge to drilling, but then a friend “who’s in that world and in that business” called and told him about the longstanding battle. Murkowski has dismissed the idea that fossil fuel production puts this remote swath of northeast Alaska at risk, saying at a Senate hearing in 2017 that “this is not a choice between energy and the environment.”

The GOP tax law Trump signed in late 2017 allows for the development of 2,000 acres of the coastal plain above ground with well pads and support facilities. That stated surface disturbance is another area where CAP and other conservation groups argue the administration has twisted the truth, saying the 2,000-acre figure excludes potentially hundreds of miles of elevated pipelines and ice roads.

“If you dig into the details contained in this review, it becomes clear what a huge footprint the oil and gas operation would have,” Kelly said. “They are contemplating that exploration and production would last for nearly a century. We are talking about something that impacts future generations quite literally.”

Previous CAP research showed that the purported economic incentive of opening the refuge could be wildly off-base. The Interior Department has said the oil and gas leases would generate an estimated $1.8 billion in federal revenue over a decade, while the Congressional Budget Office has pegged the figure at closer to $1.1 billion. But CAP found that the U.S. government would likely collect only $37.5 million over 10 years.

Plan To Drill In The Arctic Refuge Is A Rush Toward Disaster, Analysis Finds
Denali National Park 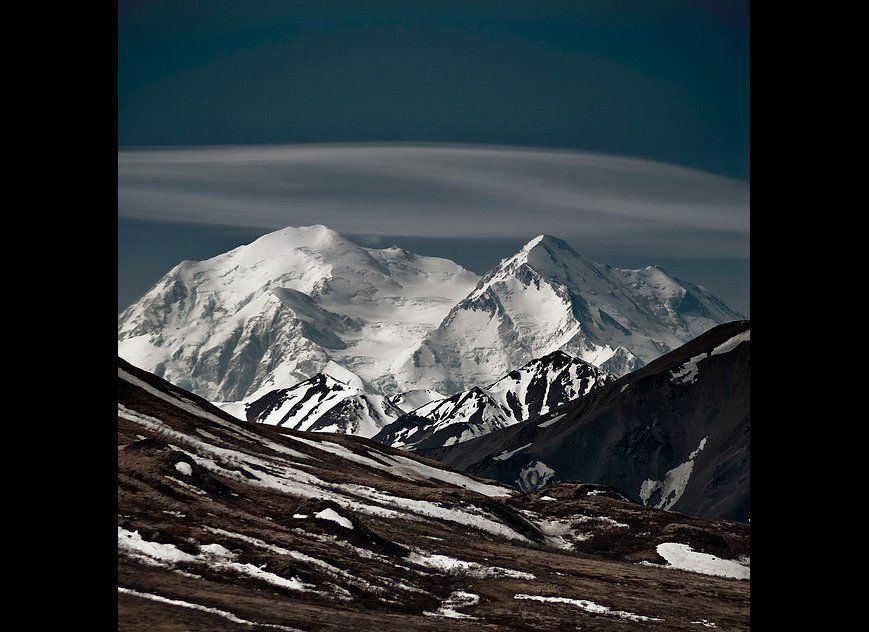