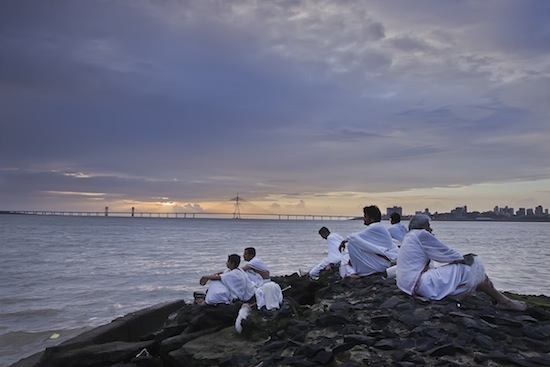 "... For they took away the old planks as they decayed, putting in new and stronger timber in their place, insomuch that this ship became a standing example among the philosophers, for the logical question of things that grow; one side holding that the ship remained the same, and the other contending that it was not the same." from Plutarch's Theseus

Ship of Theseus writer and director Anand Gandhi is one of those remarkable people who seem to know nearly everything and yet doesn't boast about it or try to make you feel small. In my usual vein, I found in him a great example of why filmmakers would make the best world leaders, because their vision goes so far beyond the usual trappings of politics and, very often, religion too.

I met Gandhi last December, during the Dubai International Film Festival. Yet, I only recently managed to watch the film, in Cannes, with the help of their sales agents Fortissimo Films. Now, thanks to filmmaker Kiran Rao, in association with UTV Motion Pictures, Ship of Theseus will enjoy a theatrical release in India starting July 19th. And the film just won top prize, the "Transilvania Trophy" at the Transilvania International Film Festival.

To say Ship of Theseus is wondrous is an understatement. It is thought-provoking, visually stunning and the three stories that make up the film stayed with me, forever embedded in my imagination.

Of course, a film like Gandhi's is difficult to describe in a couple of sentences. As hinted by its title, Ship of Theseus deals with identity, and the impact of choices made, on our lives. As we struggle with decisions, and opportunities grabbed or missed, things that in a split second can alter our existence forever, Ship of Theseus shines a light on right and wrong, without making any assumptions, or giving away the correct answer.

Following is my interview with Anand Gandhi, where he discloses his inspirations, his projects for the future but also what he learned about life from a clown.

Indian audiences are so numerous, so healthy for traditional Hindi films. But do you get the same enthusiasm for a more independent project like Ship of Theseus? 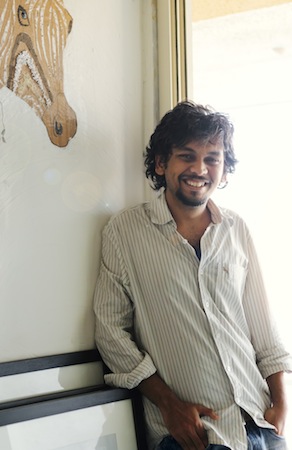 Who were some of your idols, your inspirations?

Any in Indian cinema?

AG: Satyajit Ray has been the only Indian filmmaker I've found who resonated with me in a deep way. But there were other filmmakers, one or two films here and there while growing up that have engaged me, that meant something to me. When I was six years old, I saw Mera Naam Joker, by Raj Kapoor and was completely blown away by it because it was also one of the first few films I was watching. I remember running to my mom and saying "I've decided that I'm going to grow up and become a clown." And I think that was a really, really powerful film when I look back, it was a powerful experience in my life. At that point, it was grand and ambitious and it talked about relationships, yet a very simplistic film of course. I watched it over and over again until I was about nine and that film encouraged the first philosopher in me, because the Manoj Kumar character who talks in a philosophical way, I was so attracted to that character. Raj Kapoor says "I want to be a clown" and Manoj Kumar says "Why not, because life is a circus and He is the biggest clown" and Raj Kapoor is like "Who is he?" and Manoj Kumar says "He!" I was eight years and I was like wow, you can look at the world like that, the world is a circus and you are a clown. Wow.

There is this concept being thrown around, "New Indian Cinema", which carries with it a lot of stress. A lot of pressure on the filmmakers to make something that has never been done before. But everything has been done before, or has it?

AG: I'm not sure I can agree with that. There is a lot that hasn't been done before because the world is evolving. We are closer to understanding ourselves and our environment than we were two centuries or two thousand years ago, so we are definitely more equipped with knowledge and information than the Buddha was, or even Darwin was. Darwin didn't know about DNA, we know about DNA. Just imagine if we could go back in time and inform Darwin about DNA or inform Buddha about it. What they were dealing with was intuition, with a logical breakdown of what they had observed. We have scientific tools for those things. We are using the energies of the past to create something new and I'm very confident that what I've done has never been done before. I feel no pressure about it, I'm just taking the next step.

You wish for your audience to watch the film on the big screen, yet the reality of today's world is that most will watch it on a tablet or their computer. How do you deal with that?

AG: It's good that we're constantly connected with the world, with our environment. I'm all for technology, I'm all for interfaces disappearing, I'm all for someone putting a chip in my body and becoming one with it. The reason I suggest one should see the film on the big screen is because I love that experience, the experience of being in that dark space, where the universe disappears, where everything else disappears, and engaging with this mirror on the world that's in front of you.

AG: We set up this production company Recyclewala Films with Sohum Shah, who is also acting in Ship of Theseus. We've just finished producing another film called Tumbad, it's directed by Rahi Barve whose short film Manjha was chosen to be on the Slumdog Millionaire DVD. He's a fantastic director with a very unique vision, the film is in post-production and again it's a completely new film, it's something that has never been seen before. I'm so excited about it, can't wait to watch it in cinemas. And I'm working on my next film starring again Sohum Shah, working on the script. Very excited about that. Then we are producing a film directed by Khushboo Ranka, who co-directed the film Continuum with me, it's all new cinema. You'd agree with me when you see these films, they are going to change the way we look at cinema.