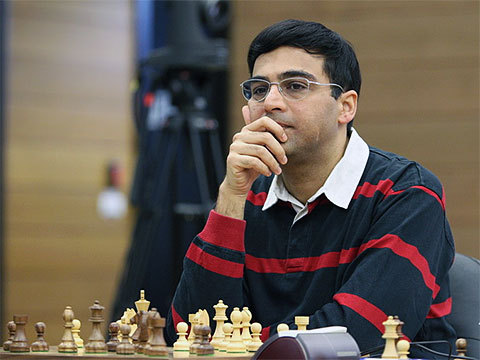 At 44, Vishy Anand continues to raise eyebrows. After he lost the world championship match to Magnus Carlsen last year, his critics were merciless: his play was too timid, he made too many draws, he was too old, he was done, he didn't have a chance, he shouldn't have even tried to play in the Candidates tournament. Anand proved them wrong.

Last Sunday, the Indian grandmaster and former world champion won the double-round robin Candidates tournament in Khanty-Mansiysk, Russia, convincingly. He clinched the first place undefeated with one round to spare. He will play Carlsen for the world title again in November.

Anand showed a steady hand when other Candidates faltered. He rose up as others went down. Anand's dominance is seen clearly from the final crosstable. Sergey Karjakin sneaked into second place with a last round win. Others could not reach more than 50 percent.

Anand scored three victories, mostly outplaying his foes positionally. It was a smooth run. He may not regain the world title, but he now knows what to expect from Carlsen. He can calibrate his play better than last year in Chennai, India, and make the match more exciting.

Anand can still play sharply as he demonstrated in the game against Dmitry Andreikin of Russia. But he admitted he was tired in the end. No wonder: not only were the grandmasters commenting on the game puzzled by the complications; even the computer programs couldn't agree. Perhaps we demand too much from the top players. When computers cannot show what is best, how can a mere human decide where to go?

The light bishops are often exchanged in the Capablanca variation of the Caro-Kann and the player who controls the light squares usually gets the upper hand.

The old matadors, such as Capablanca, Flohr, Botvinnik or Petrosian, played 7...Nd7, not allowing the knight leap to e5.

Controlling the light squares, white is ready for any action in the center. 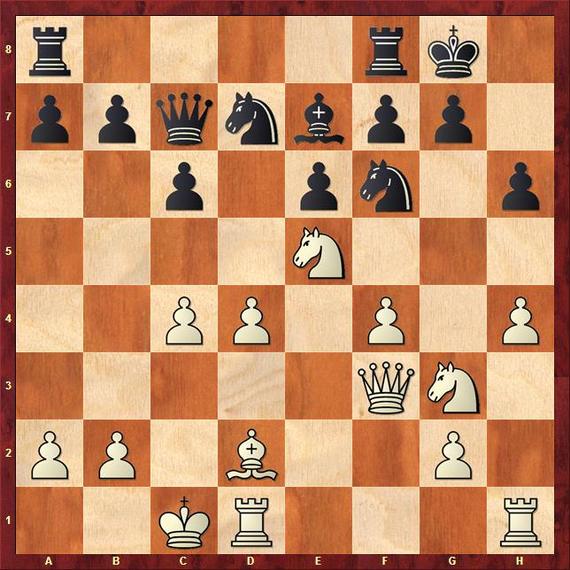 The legendary Bent Larsen would have approved. He played the rook pawn move in similar positions, for example against Karpov in Amsterdam 1980. There are other choices:

It was possible to wait with 21...Rfe8 but Andreikin got tired doing nothing. The game gains speed.

Anand is winning. The black king does not have enough defenders. 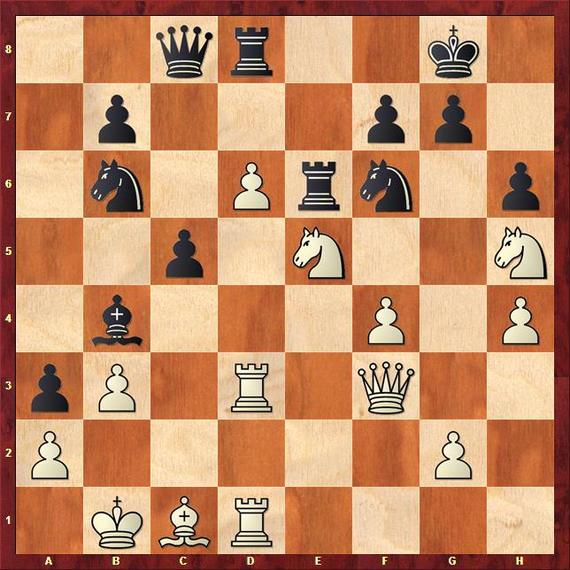 The knight exchange does not spoil the win, but
27.d7! was much stronger, for example:

The pawn has a grip on black's position.

There is no profitable check, so black takes care of the square c4.

But both lines win. 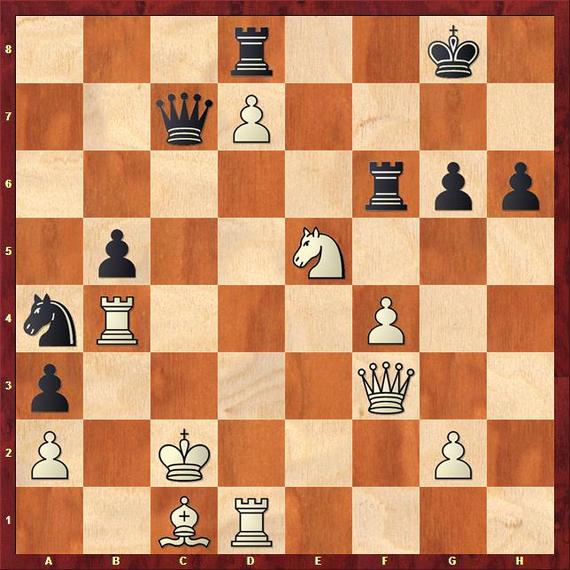 The computers point out a fancy win 39.Rc4! bxc4 but are not sure which choice is the best now:

The alternative 39.Kd2 Qd6+ 40.Nd3 is not easy to choose before the time control, but it should win, too:

The time control is over and all options in move 39 are still available to Anand. But human mind has its limits and a draw suited the Indian GM just fine.