If you thought that the real-life Barbie doll was strange, we think we may have just discovered the ultimate in bizarrely hyperbolic character imitation. Behold: the real-life anime girl.

Anastasiya Shpagina, a 19-year-old Ukrainian woman, has brightly colored hair, pale skin and a doe-eyed stare that could be mistaken for an actual cartoon -- it looks as if she's walked straight off the television screen (of a "Sailor Moon" episode, obvi).

The online sensation has managed to carve out an internet niche for herself, filling a void for anime lovers who want to turn themselves into living, breathing Japanese cartoon characters like Shpagina. And, surprisingly, it looks like that was a pretty big void -- her Facebook fan page has almost 12,000 likes and her "Flower Fairy" tutorial video has over half a million views on YouTube.

According to the Daily Mail, the anime aficionado is 5 feet 2 inches and approximately 85 pounds, and she spends up to 30 minutes on each eye when applying makeup so that she can more closely resemble the cartoons she admires. Shpagina is even considering surgery to make her eyes look even more anime-like, reports the Daily Mail. We don't want to begin to think about how much unnecessary pain that would involve...

But the icing on the creepy cake definitely has to be that she's actually friends with the real-life Barbie doll (the two posed together in photos posted on Shpagina's Facebook page). And since Facebook friendships usually signify rock-solid bonds, we're envisioning/dreading a possible makeup line release from the two of them. Hey, who are we to judge people's unconventional beauty obsessions?

Check out photos and a video of Anastasiya Shpagina, the real-life anime character, and tell us what you think. Is it cool or creepy? 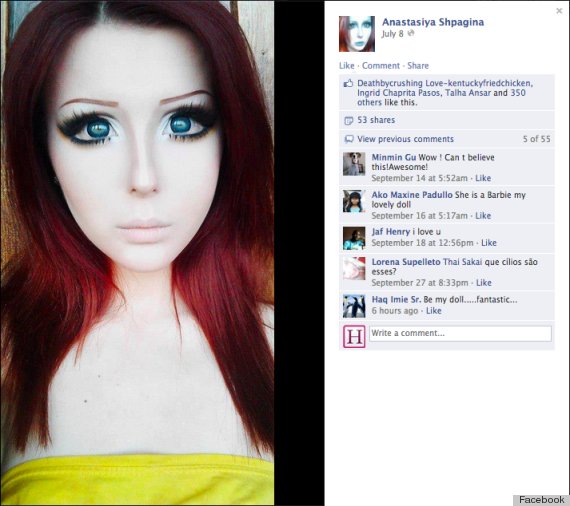 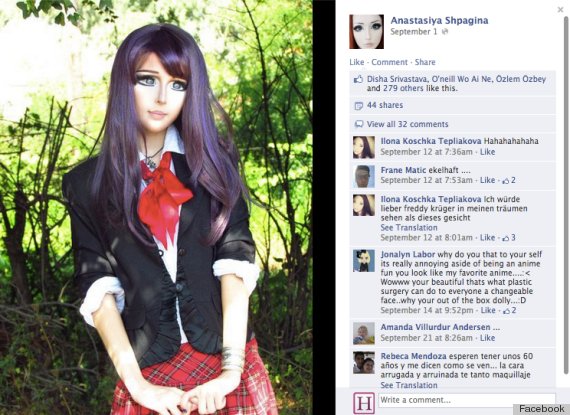 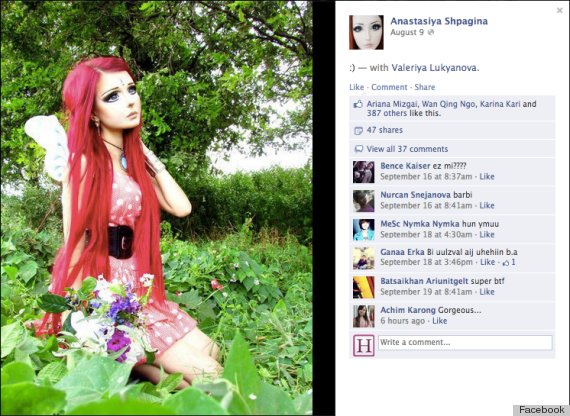 Sometimes stars don't look quite normal either. Check out some celebrity makeup mishaps!