Boston - In a New Year's Eve encore of a not-to-be-missed performance, master reed player Anat Cohen kicks off 2016 on National Public Radio's Toast of the Nation, a musical celebration featuring jazz giants from across the country. 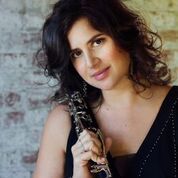 Cohen's noteworthy concert is a rebroadcast of her 2009 show for Boston's First Night that dazzled its audience at Berklee Performance Center and across the airwaves on Toast of the Nation's 30th anniversary show.

Cohen, a 1999 graduate of Berklee College of Music, was joined by a brilliant quartet, her long time collaborators Jason Lindner on piano, Joe Martin on bass, and Daniel Freedman on drums.

In an on-stage conversation with host Eric Jackson of WGBH, which produced the Berklee portion of the show, Cohen, who first arrived in Boston from Tel Aviv as a student musician, admitted that returning to the prestigious stage at her alma mater for a national broadcast was far from her mind during her student days.

"I could have never imagined that," she told Jackson, the acclaimed long time host of WGBH's Eric in the Evening.

Eric Jackson of WGBH's Eric in the Evening

Sixteen years later, the versatile saxophonist and clarinetist has achieved critical acclaim and wowed audiences with her virtuosity as well as her warmth and engaging on-stage presence.

Cohen's embrace of a wide lens of music - from classical jazz to samba to choro - shines through on Luminosa, her 2015 recording on Anzic Records that sparkles with influences from Brazil to the sounds of her native Middle East. 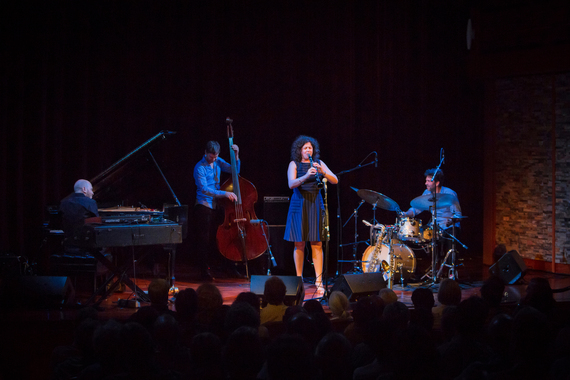 On stage, Bonnie Johnson, presented Cohen with her 2015 award on behalf of the JJA. Johnson hosts Color of Jazz, broadcast on WICN, from Worcester, Mass. 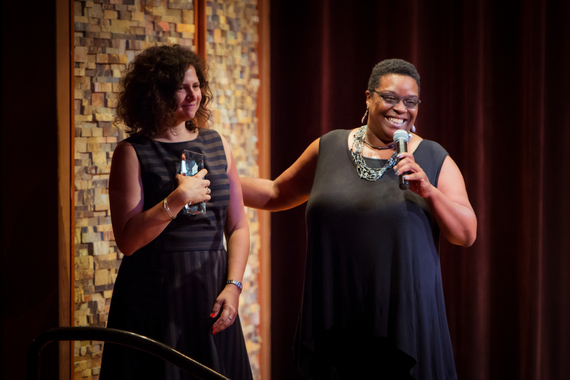 A version of my article about Luminosa, below, was first published by the Jewish Journal of Boston.

To hear this year's Toast of the Nation, produced by NPR Music and WBGO in Newark, New Jersey, tune in to more than 200 NPR affiliate stations, NPR Worldwide, Sirius XM. It also streams live on wbgo.org.

The title gets it right.

The light shines through on the eleven tracks of the masterful clarinetist-saxophonist's new CD, her seventh album as a jazz bandleader, released on Anzic Records earlier this year. Cohen, named clarinetist of the year for nine consecutive years by the Jazz Journalists Association, will be joined by Jason Lindner on piano, bassist Joe Martin and drummer Daniel Freedman.

Members from Anat's touring quartet appear on the album, as do guest guitarists Romero Lubambo and Gilad Hekselman, percussionist Gilmar Gomes and the Brazilian players of her new band, Choro Aventuroso.

To me, music is a luminous experience. Whenever I'm immersed in it, life lights up for me, no matter what else is going on," Cohen said in a press release. "Whether it's performing a concert with my quartet or sitting in with my peers, enjoying musical conversations at home with my brothers or hanging and playing choro with my friends -- sharing moments in that bright space of music are the happiest times. 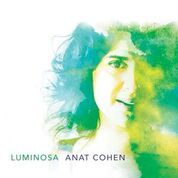 Based in New York City since 2009, Cohen was born and raised in a musical family in Tel Aviv and has a large following in Boston. After completing her obligatory military service in the Israel Defense Forces, where she played tenor sax in the Israeli Air Force Band, Cohen advanced her musical studies and graduated from the Berklee College of Music in 1999, as did her brothers, trumpeter Avishai Cohen, also based in N.Y., and saxophonist Yuval Cohen of Tel Aviv. The trio, known as The Three Cohens, have performed and recorded three albums together.

In the decade after Berklee, Cohen toured with Sherrie Maricle's all-woman big band, The Diva Jazz Orchestra; she also worked in such Brazilian groups as the Choro Ensemble and Duduka Da Fonseca's Samba Jazz Quintet.

In her meteoric rise, Cohen is noted for her virtuosity on both saxophone and clarinet. 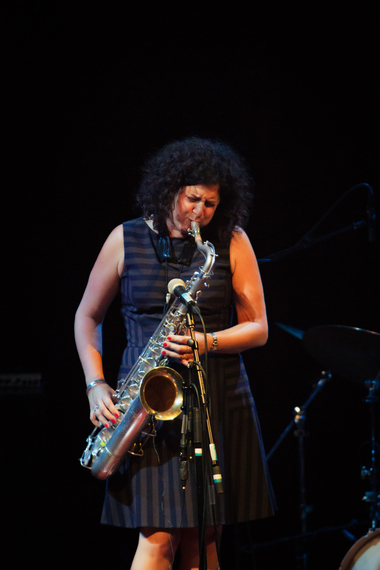 In 2007, she was the first woman and the first Israeli to headline the Village Vanguard, the famed New York City jazz club where she recorded Clarinetwork, which featured the music of legendary clarinetist Benny Goodman. Critics and jazz lovers admire Cohen's virtuosity, her striking versatility, her great sense of musicality and superb technique.

She's also been noted for giving voice to an instrument that is not as widely played. She took up the clarinet following her growing passion for the Brazilian sounds sparked by the music of Brazilian icon Milton Nascimento.

"The sound of Luminosa reflects my musical life in New York City," Cohen said. "I flow between modern and traditional jazz, between samba and choro -- all maybe in a week's time."

The opening track, Lilia, the first of three songs associated with Nascimento, is a richly layered and dream-like. An original composition on the CD, Ima, meaning mother in Hebrew, is a reflective ballad that resonates with delicate sounds of longing.

"I've lived so much of my life now away from home. I was thinking of my mom when I wrote this piece, missing her," Cohen said in the release.