San Francisco Giants CEO Larry Baer was very clear when he explained to the San Francisco Chronicle last year about precisely what he was looking for in prospective tenants for his ambitious, ballpark-adjacent, $1.6 billion Mission Rock development. "We're looking at San Francisco originals," he insisted, "not chains."

Dating back nearly 120 years, Anchor Brewing was one of the first modern craft breweries and is largely responsible for putting the Bay Area's now-flourishing microbrewery scene on the map.

"As a longtime partner of the Giants, we are delighted to welcome Anchor Brewing to the waterfront and to partner with them on what will become an exciting place for San Francisco to live, work and play," Baer said in a statement. "Given the rich history of the Giants and Anchor Brewing in San Francisco, it is only fitting that we work together to help transform this historic part of the city's waterfront."

Anchor's new 212,000-square foot space, on what is currently Pier 48, will contain both production and distribution facilities, as well as a bevvy of public attractions--such as a restaurant, museum and educational facility. Brewery officials predict that expanded production capacity will allow the the company to nearly quadruple its output from 180,000 to 680,000 barrels per year.

"This is big news for us. We can now further expand our domestic market...and open up new international markets," Anchor CEO Keith Greggor told the Chronicle. 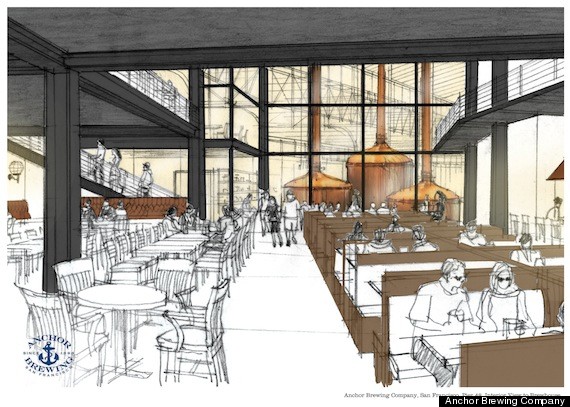 Anchor has operated solely out of its facility in Potrero Hill since the late 1970s. However, in the years since it was purchased by a pair of executives known for turning Skyy Vodka into an international powerhouse in 2010, the company has been looking to expand. Brewmaster Mark Carpenter told the Washington Post last year that the addition of a second brewing facility was an "inevitability."

The overall Mission Rock development will make use of the 27-acre space directly south of AT&T Park owned by the San Francisco Giants. In addition to the brewery, the greater complex is also slated to include a waterfront park, luxury apartments, community space and a whole host of other restaurant and retail storefronts.

Construction on Anchor's Mission Rock project is expected to begin in 2014.

Check out this slideshow of design specs for Mission Rock: 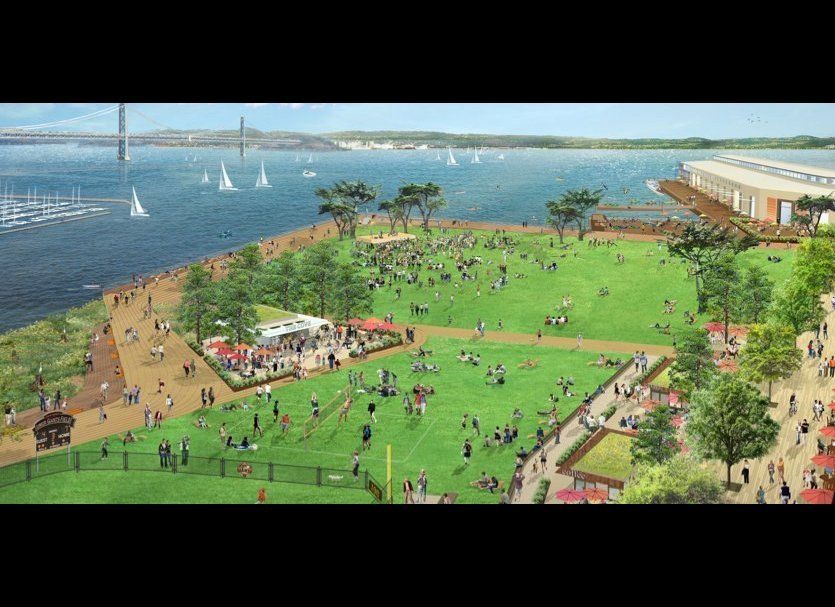