July 9 marks the 10-year anniversary of "Anchorman: The Legend of Ron Burgundy." In honor of lamps, jazz flutes and all of the times that milk was a bad choice, HuffPost Entertainment spoke with David Koechner (Champ Kind), Charna Halpern of iO Improv Theater and Kelly Leonard of Second City to figure out how improv turned "Anchorman" into a cultural phenomenon.

When "Anchorman" came out 10 years ago, it carried an inspired silliness that might seem overdone now, though it was a risky rethinking of the genre at the time. For one thing, "Anchorman" marked the first ensemble comedy of its generation. In pulling the comedic center from a leading man, it set up a dynamic that we hadn't seen since films like "Caddyshack" or "Stripes." Using that reinvigorated group chemistry, writer and director Adam McKay was able to harness the power of that special force -- as intangible as "diversity" or the meaning of San Diego -- known as improv.

Of course, "Anchorman" was not the first time improv was used on screen. There are plenty of comedies that can thank that kind of experimentation for their most iconic lines. And while improv in its purest forms has never made it into the average living room, macro culture has an awareness of it through shows like "Whose Line Is It Anyway?" So, even if "The Legend of Ron Burgundy" didn't pioneer the format, what made "Anchorman" truly stand out is the way it incorporated the tenants of improv philosophy into the fabric of its foundation. 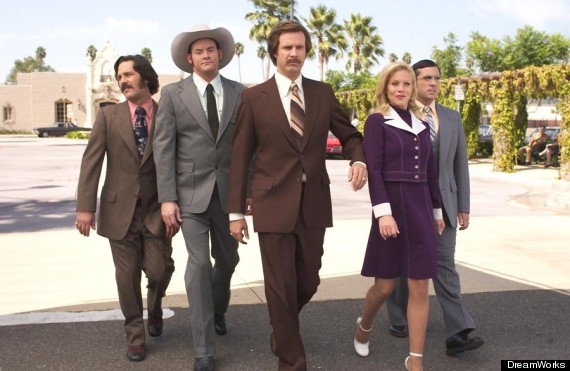 "That doesn’t mean don’t do dick jokes, it means do smart dick jokes."

To understand how improv inspired McKay in his directing and writing (the latter done alongside Will Ferrell), we have to first understand improv -- a history lesson that is not as daunting as it might seem. Improv was officially founded in 1959 at the Second City theater in Chicago. Based on the pedagogy of Viola Spolin, Second City aimed to teach and perform improv, with the goal of creating written sketches. Long-form improv emerged in 1982 when Del Close and Charna Halpern left Second City to form iO Improv Theater (called Improv Olympic, before they were sued by the Olympic Committee), based an extended game Close had invented called the Harold.

The split is best distinguished by the goal of each school: written sketches verses long-from improv. Although, at their core, the two are complementary in their comedic aim of playing to the top of one's intelligence in a setting that emphasizes agreement.

If you're wondering where the Upright Citizen Brigade falls in all this, McKay later went on to form it. UCB was originally a show at iO, performed by McKay, Horatio Sanz and Amy Poehler, among others. "I'm glad iO is getting credit," Halpern said, weighing in on McKay's training background. "The break-off wasn't a bad thing. It's just that people always say everyone came from UCB, but first there was iO."

The group of people we later saw on "Saturday Night Live" and many of the folks from "Anchorman" largely knew each other from that comedy scene in Chicago. "All those people, Steve Carrell included, come out of an improv-laced background," Executive Vice President of Second City Kelly Leonard said. "So, they share a common language." Some of the group was so close-knit that when David Koechner (Champ Kind) and McKay were hired for "SNL," they put everything they owned in a U-Haul and drove up to New York together. 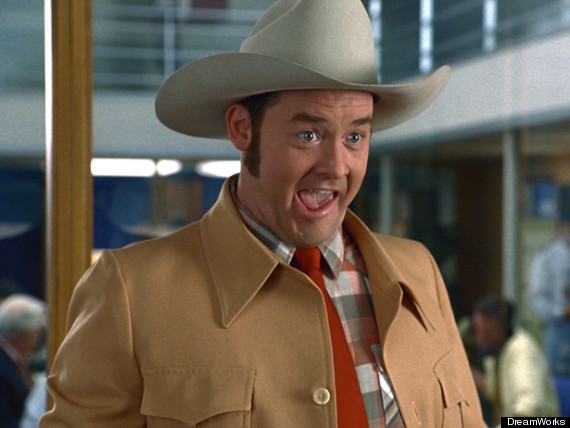 "Anchorman" was heavily impacted by what McKay and his cast learned in their early years of comedy training. In the process behind its writing and directing, "Anchorman" takes that presiding concept of truth in comedy set in an ensemble dynamic, and explores it across the medium of film.

In terms of truth in comedy, the most important thing an improviser must do is exist in the moment, and know that what comes out of that reality will be funnier, fresher and smarter than anything you can plot out in advance. For a specific example, Koechner remembered Ferrell blurting out the now unforgettable line: "Milk was a bad choice."

"That was a true moment for Will," he said, giggling. "He’s sitting there with a carton of milk -- we’re shooting in San Pedro and it’s hotter than hell -- and Will just said it for real. It’s perfect, because it was an honest moment from the human Will Ferrell speaking through Ron Burgundy."

Things like that stood out, but the philosophy of improv was threaded throughout production. McKay would run each scene three or four times, and then open the floor to improv, or "for play" (as Koechner put it). "One time he opened things up," Koechner said, "And he just goes, 'Okay, time to let the turtle out of the bag."

In those moments, it wasn't so much about restructuring the plot. Instead, the takes that were shot "for play" became about providing an energy to the narrative that McKay and Ferrell provided, which might not have been possible otherwise.

For one thing, "Anchorman" has an insanely high joke count. So much of what we see feels purely goofy, but it's smart in a deceptive way. McKay has an inherent understanding of this idea that you should always play to the top of your intelligence. "Now, that doesn’t mean don’t do dick jokes, it means do smart dick jokes," Leonard explained. "And that is totally Adam! He and David always take their stupid very seriously."

It rings true. Beneath the punched-up absurdity of "Anchorman" lies a burning satire of misogyny. As Koechner described it: "'Anchorman' almost has this cotton-candy outer skin and hard candy center. It's truly dealing with an issue, but you're digesting it through all of these jokes, so you don’t even realize the cultural statement that it’s making." 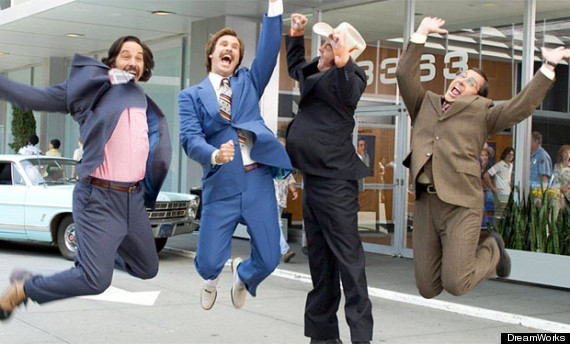 "To break it down too much almost makes it less special."

No less important to that sense of silliness was the group dynamic, which was a major part of McKay's improvisation training. "What we teach is that if we treat each other as geniuses, artists and poets, we have a better chance of becoming them," Halpern said. "You give everything you can to your scene partners. It's about making the piece look good, rather than making yourself look good."

"I wouldn't say our group chemistry was good," Koechener said. "I would say it was remarkable." He noted that at some point during production he, Paul Rudd and Steve Carrell each went home to their respective spouses and worried that they weren't good enough. "We all thought, 'There's just no way we can keep up with these guys,' that's how good everyone was," Koechner said. "It was like a no-hitter in baseball: No one wanted to call it out as a no-hitter and jinx everything."

Halpern -- who notes that she can tell which lines in "Anchorman" were improvised verses pre-written -- emphasized that the power of an ensemble is what makes the scene. "Saying yes to each other's ideas is the most important thing," she said. "Adam always knew how to be selfless and put the piece first."

On set, McKay always made sure there was something for everyone. The end goal was to ensure that "Anchorman" was great, not to highlight one actor in particular. Koechner notes that while filming, he felt like he was truly part of something for the first time, rather than just a "cog in a machine." Sure enough, that team feeling amongst the cast extended a sense of inclusivity to the audience.

That visceral extension past the fourth wall also comes from the fact that the audience plays a huge role in improv. "The audience is so much part of the work that I think it’s just natural for Adam to bring that in to the filmmaking process," Leonard said. When playing Harolds at iO, shows always start with an audience suggestion. At Second City, the crowd provides input and is often invited on stage.

“I think it worked so well because McKay made sure there was something for everyone, and then the audience felt like they were a part of it, too," Koechner said. "It's very personal for people who love that movie, and that's why."

Yet, when asked to move further into the technicalities of how improv allowed for that feeling, he worried that much more explanation might ruin the magic. “To break it down too much almost makes it less special," he said. "But I think that's certainly part of it."

The Philosophy Behind The Inspired Silliness Of 'Anchorman,' 10 Years Later
They said WHAT? #nofilter