Jack Lawrence will be starring as Ron, and tweeted some pics from set the other day to give us a sneak preview.

Considering the premise of the entire original is that 1970's TV news was a total boys' club, I'm guessing the chick playing Veronica Corningstone has her work cut out for her. 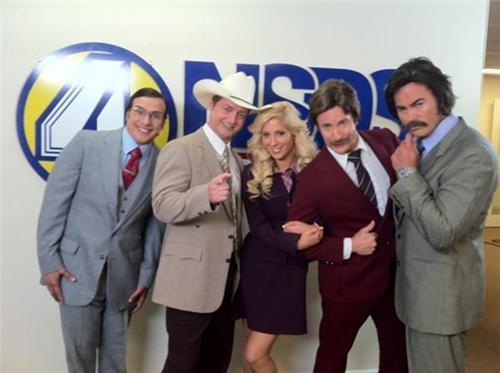 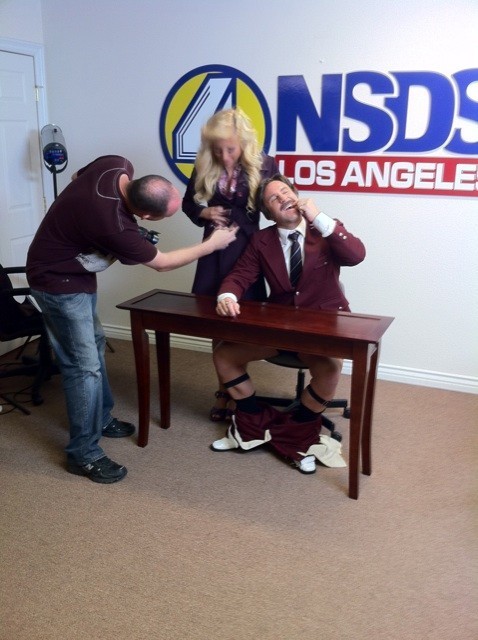