Road construction projects in Israel often run the risk of encountering ancient ruins along the way. Such was the case for a 1,500-year-old Byzantine church, unveiled by archaeologists on Wednesday. 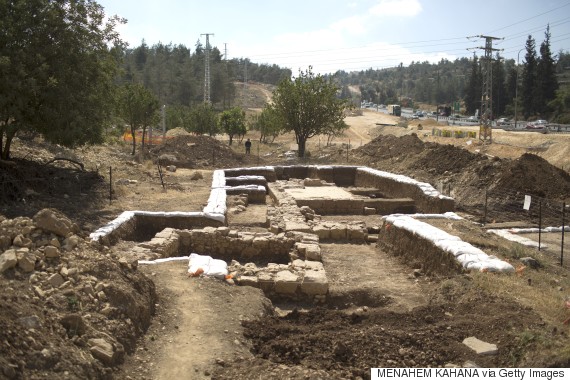 A picture taken on June 10, 2015 shows a general view of an ancient Byzantine church dating from 1,500 years ago.

The ancient church was discovered during highway construction by the country's National Roads Company at a rest stop on the road connecting Jerusalem and Tel Aviv, which Haaretz reports dates back to the Roman era. It sits at the entrance to Abu Ghosh, a town nestled in the hills just off the highway. Preserving ancient ruins is required in Israel before beginning infrastructure development.

Christianity became the official religion of the Byzantine Emperor during the late 300s, giving rise to the spread of churches throughout the region. Annette Nagar, the site’s excavation director, said the church served as way station for travelers en route from the Mediterranean coast.

The church site measured roughly 52 feet long with white mosaic floors and included a side chapel and baptismal font shaped in the form of a four-leaf clover. 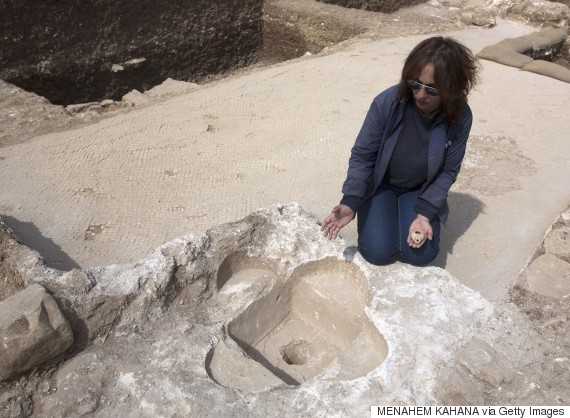 Annette Nagar from the Israel Antiquities Authority shows the baptismal font at an ancient Byzantine church dating from 1,500 years ago.

The excavation also revealed fragments of red-colored plaster mixed in with the rubble, suggesting the church walls were decorated with frescoes.

Archaeologists with the Israeli Antiquities Authority uncovered various artifacts, including ceramic lamps, coins and mother-of-pearl shells at the site as well, LiveScience reports.

Yoli Shwartz, spokesperson for the IAA, said dwelling and storage quarters were also discovered just west of the church.

IAA district archaeologist Pablo Betzer added that the authority and the National Roads Company had agreed "to cover over the site and preserve it for future generations."