An ongoing excavation in Israel has uncovered new evidence of an ancient city buried beneath the King Solomon-era metropolis of Gezer.

An international group of archaeologists has been working together for several years on the dig, located between modern-day Tel Aviv and Jerusalem, according to a statement released by the Israel antiquities Authority (IAA). An important historical city in its own right, Gezer is mentioned in both the Old Testament and in Egyptian historical accounts as a stop on the highway connecting ancient Egypt and Mesopotamia.

This summer researchers unexpectedly had a breakthrough while examining a known part of the city dating back to the 10th century B.C., reports Israeli newspaper Haaretz. Led by Steven Ortiz of Southwestern Baptist Theological Seminary in Fort Worth, Texas, and Samuel Wolff of the Israel Antiquities Authority, the team discovered traces of a walled city beneath those 10th-century (B.C.) ruins. The newly discovered remnants appeared to have been occupied 200 years earlier, during the Iron Age I period (between 1,200 and 1,000 B.C.), per a statement from the Southwestern Baptist Theological Seminary.

"We had no evidence that Gezer was a walled city," Ortiz told The Huffington Post in an email. "Naturally a walled city implies that the city is more robust and powerful than an unwalled city. [Our discovery] is causing us to reinterpret the history and importance of the site in the Iron Age I. This city would be a major Canaanite city." 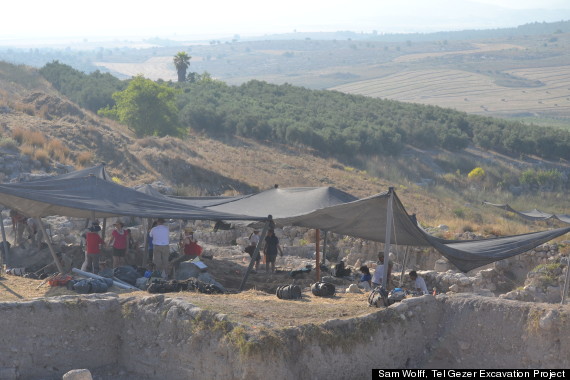 Excavation in progress this summer.

This Iron Age I city wall was about one meter thick, with several rooms attached. Digging through layers of dirt, Ortiz and Wolff found both Canaanite and Philistine artifacts, cultures mentioned in several prominent biblical stories including the battle between David and the fearsome Philistine Goliath.

The walled rooms also appeared to have been destroyed by force, which may explain how the city was able to escape detection for so long. The researchers believe this iteration of Gezer was torn down by Egyptian conquerors, and then the 10th-century (B.C.) city eventually was built on top of its ruins, according to Haaretz.

The fact that the biblical city of Gezer might have earlier ties to the Canaanite and Philistine groups may not come as a shock to experts familiar with the history of the region.

"It's not surprising that a city that was of importance in the biblical kingdoms of Israel and Judah would have an older history and would have played an important political and military role prior to that time," Andrew Vaughn, biblical scholar and executive director of the American Schools of Oriental Research, told LiveScience. "If you didn't control Gezer, you didn't control the east-west trade route." 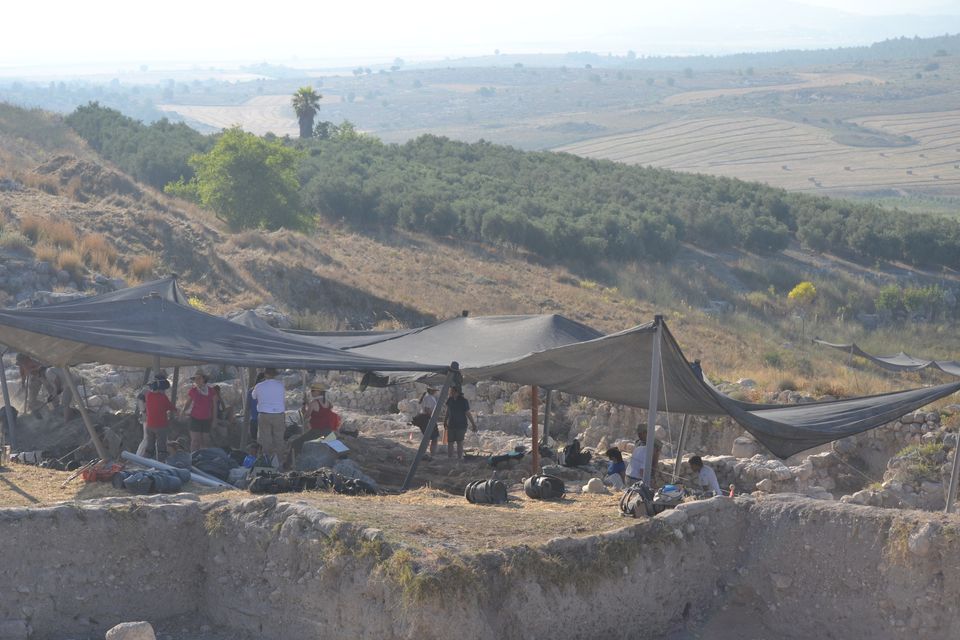