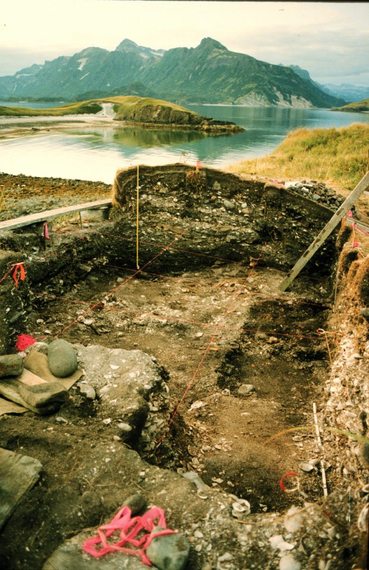 Ancient cod bones unearthed at an Alaska archaeological site carry a very modern warning for a world with a rapidly changing climate -- as sea levels rise, so do levels of mercury in the food chain.

The bones, discovered at a coastal site in Katmai National Park and Preserve, date back to the early and mid-Holocene, a time when a warming climate melted glaciers and expanded the oceans. The rising seas inundating the Bering Land Bridge and other stretches of terrain caused some of the naturally occurring mercury that was locked in dry or frozen land to get free and disperse in the expanded marine waters.

The high levels of mercury in the cod bones are described in a study published in the journal Frontiers in Environmental Science.

After the end of the last Ice Age, sea levels inched up gradually, reaching their current level about 4,000 years ago. The cod bones, found among the trash dumped at an ancient human dwelling site, date back to that time and earlier.

Examination of the cod bones shows that mercury levels peaked as sea levels rose during the first half of the Holocene and mercury levels fell dramatically thousands of years later, when sea levels were stable and no new land areas were being conquered by water.