In the transition from hunting and gathering to tweeting and posting, what did we lose? 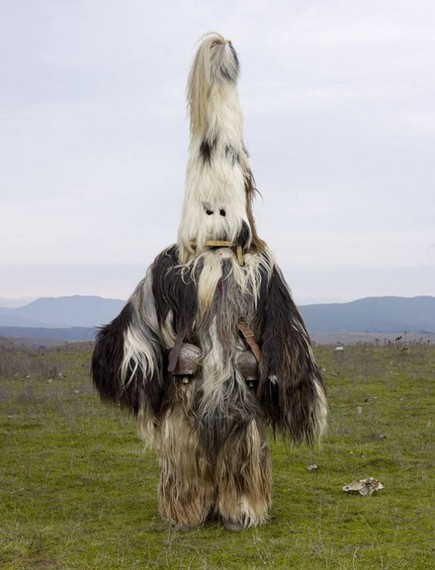 That's what Charles Fréger set out to explore in his photo series Wilder Mann, a study of the costumes used in pagan rituals still practiced today in Europe. Charles traveled to 18 countries, convincing community leaders to pose for him in costumes that range from animals we recognize to creatures that can only be compared to monsters.

Global Yodel sat down with Charles to learn more about Wilder Mann and the people who still practice these ancient rituals. 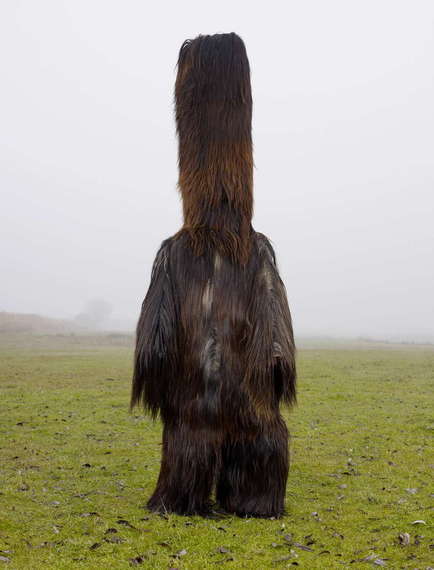 Global Yodel: You witnessed the rituals that eventually led to the modern traditions of Christmas, New Years and Easter. What were these rituals like?

Charles Fréger: In each group the tradition is different. In one group, you may have guys acting like a hunter, others like animals. The hunter kills the animal and it dies. Then you have traditions where the guys are running in the street and people are trying to catch them. Some groups have parades. Some go out in the night, others in the morning.

GY: The people who practice these ancient rites, what are their lives like?

CF: They live just like you and me. Usually they do this just once a year, depending on the group. Some do it to honor St. Nicholas in December. Some to honor Christmas day or the New Year.

GY: You traveled to 18 countries, from Portugal to Croatia. Were there any similarities between the rituals practiced in each community?

CF: The rituals are about something similar -- the fear of the darkness. They're about getting rid of the fear and getting rid of the winter. The traditions are also connected to fertility. You dress like an animal, become the animal and bring fertility to the village. It's totally universal.

GY: What was it like to hold these sacred costumes?

CF: It gave me an erection. When you touch them, when you wear them, you get a feeling like you are in front of the animal and becoming the animal. It's very powerful.

GY: Which costume stirred the strongest reaction in you?

CF: The bear. I'm a bear myself. A bear is one of the most interesting characters of all these traditions. He's at the same time representing strength and wildness, but the bear is also very close to the human. The bear is one of the only other animals standing up on its back legs.

GY: What do you think people are reacting to when they view the Wilder Mann photos?

CF: If you walk into nature and cross a bear, you run. My idea is to be in front of the wildness and have the time to look at it. To be able to spend some time to take in the details of the costume.

GY: What advice do you have for photographers, filmmakers and other creatives?