Animal reef-building evolved millions of years earlier than previously thought, researchers report today in Science. Scientists have discovered fossils indicating that animal, or metazoan, reefs date to as far back as about 548 million years ago, some seven million years earlier than previously estimated. This suggests they appeared prior to the Cambrian explosion, a wellspring of diverse life that is generally thought to have driven the proliferation of reef-building.

“This succession of rocks that we’ve been looking at in Namibia encompasses a period of time important in animal life,” says Amelia Penny, a geologist at the University of Edinburgh, UK, and first author of the study. “As far as we know, these are the earliest animal building reefs.” The scientists found the fossils in Nama Group rocks, a series of layered carbonates and silicates deposited in an ancient ocean that covered what is now Namibia, hundreds of millions of years ago. 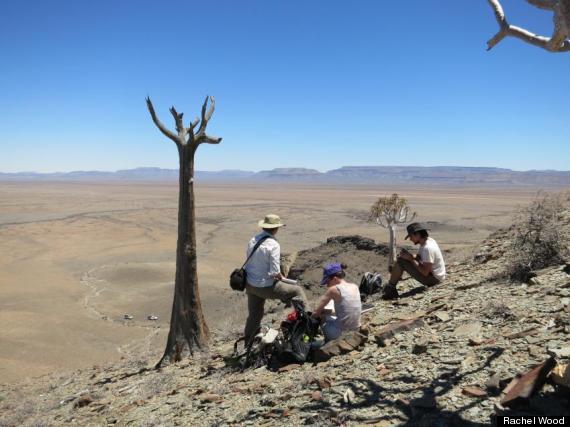 Palaeontologists estimate that microbial reefs date back at least three billion years, followed by animal reef-makers around the time of the Cambrian explosion. Animals' so-called skeletal reef building entails the deposition of shells made of calcium carbonate, while microbial reefs typically consist of cyanobacteria and other microorganisms.

What Penny and her colleagues show is the ecological evolution from one to the other, says Guy Narbonne, a palaeobiologist at Queen’s University in Kingston, Ontario. Narbonne says the discovery shows for the first time that both microbes and skeletal animals contributed to reef-building in the Ediacaran, the geologic time period immediately preceding the Cambrian. “The question we have now is how big those relative roles were and how that changed,” he says.

The reefs were made of tiny, filter-feeding animals known as Cloudina, a widely studied animal that lived prior to the Cambrian explosion. The authors identified key characteristics in clusters of the reef-makers: To build a reef, the animals must have a base to start from (such as the ocean floor), a way of attaching to one another and the ability to form a rigid structure. 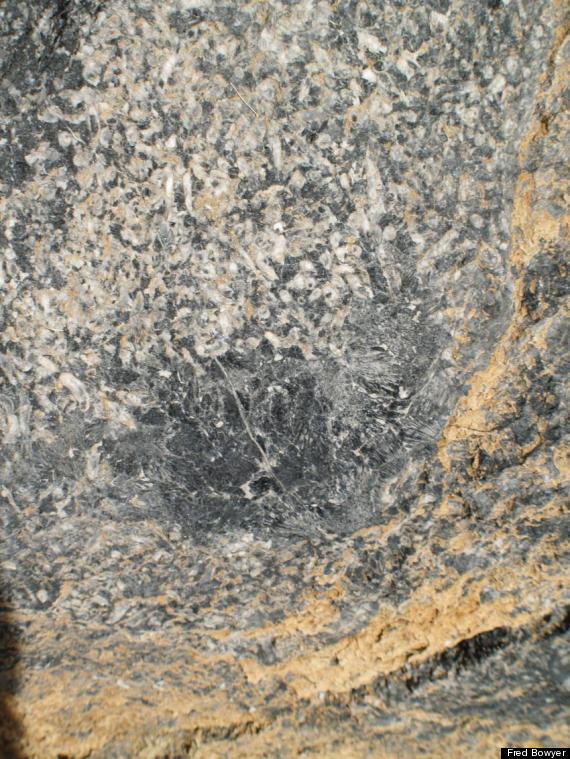 This is a close-up of reefs built ~548 million years ago by Cloudina, from Nama Group, Namibia.

“Modern-day reefs are a result of ecological pressures,” says geologist and study co-author Rachel Wood, also at the University of Edinburgh. Reefs typically help to protect the animals that create them from predators and they provide a means to harvest nutrients from the water. The study suggests that these natural selection pressures were in operation earlier than researchers previously thought, she says.

The discovery will drive researchers who study ancient reef-builders to look back beyond 540 million years ago for other signs of skeletal reef ecology, says Mary Droser, a palaeobiologist at the University of California, Riverside.

Meanwhile, Penny and her colleagues are constructing a three-dimensional model of the reef from slices of rock brought back from their field site to further scrutinize the Cloudina reef. With the help of international collaborators, the authors plan to study the geochemistry of the rocks to understand how the oxygen content of ancient oceans changed over time — and how this affected animal evolution. “We don’t fully understand how one affects the other,” Wood says, noting the possibility that the changing of availability of oxygen could have driven the evolution of complex life.