One of the strongest storms Israel has experienced in recent years brought winds of more than 100 kilometers per hour and sent 10-meter-high waves crashing onto the nation's coast. But the harsh weather also brought about something unexpected: the discovery of an ancient Roman statue in amazing condition, CNN is reporting. (Scroll down for photos.)

Dating back to the Roman occupation of the region 1,800 to 2,000 years ago, a white-marble figure of a woman in toga and sandals was unearthed in a cliff that partially collapsed after being battered by waves and rain at the Israeli port city of Ashkelon. In addition to the statue -- which is missing its head and arms -- experts identified pieces of a mosaic floor from what's thought to have been a Roman bathhouse, MSNBC is reporting.

"The statue fell into the sea when the ancient maritime cliff collapsed as a result of the storm," Ashkelon district archaeologist Yigal Israel is quoted by CNN as saying. 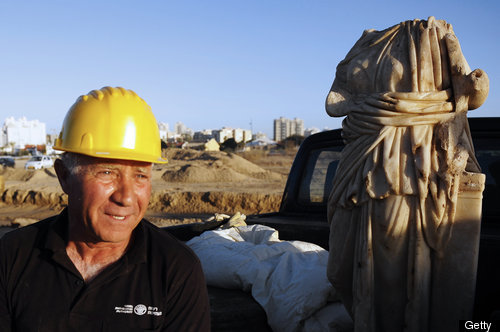 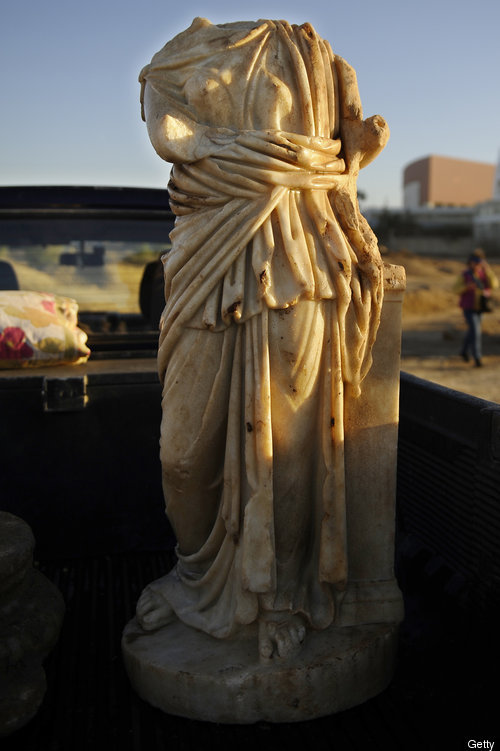 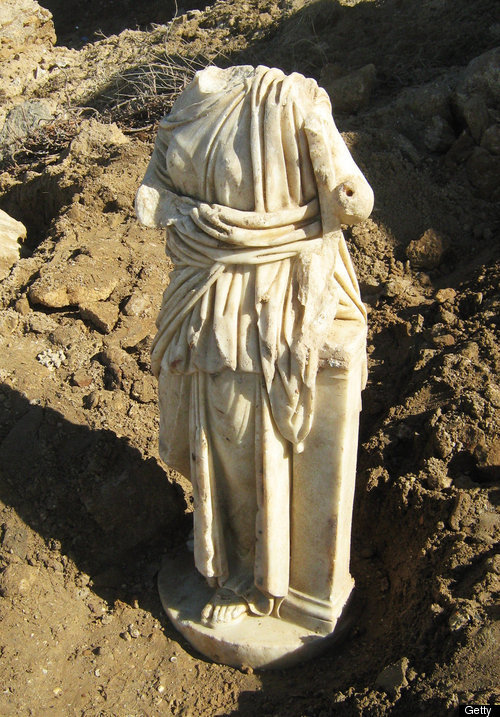